Reginald Eddy, in semester five of UFT, was one of two Canadian students to receive the award, which includes a $12,000 bursary and the opportunity to travel on exchange to the United Kingdom to complete a forest internship.

The award, handed out through the Canadian Institute of Forestry, is offered to recent graduates or any student studying forestry in Canada at the diploma, undergraduate degree or master’s degree level. Eddy has made history as the first diploma student to have ever been selected for the award.

“Having an opportunity to work in the Duchy of Cornwall, an incredibly historic and well-managed private estate, is something I can barely imagine. I am looking forward most, to being emerged in such a culturally significant part of the United Kingdom,” said Eddy. “My take away, I hope, will be a more encompassed understanding of the forestry industry and the addition of international connections in my professional network.”

“This is an incredible achievement for Reg, for our program and for Fleming College. We are so proud of him,” said Tom Mikel, Coordinator of Fleming’s Forestry and Urban Forestry Technician programs.

The Urban Forestry Technician Co-op program is offered at Fleming’s Frost Campus within the School of Environmental and Natural Resource Sciences. Fleming’s UFT program was designed as a unique diploma-degree program in partnership with the University of New Brunswick (UNB). Students spend two years at Fleming and two years at UNB and graduate with both a diploma and a degree in just four years. 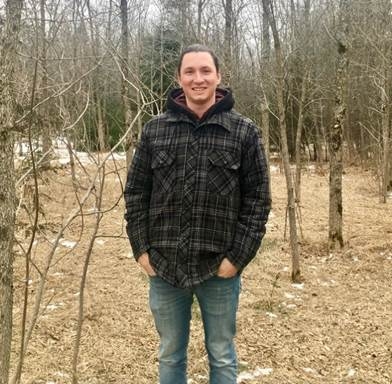