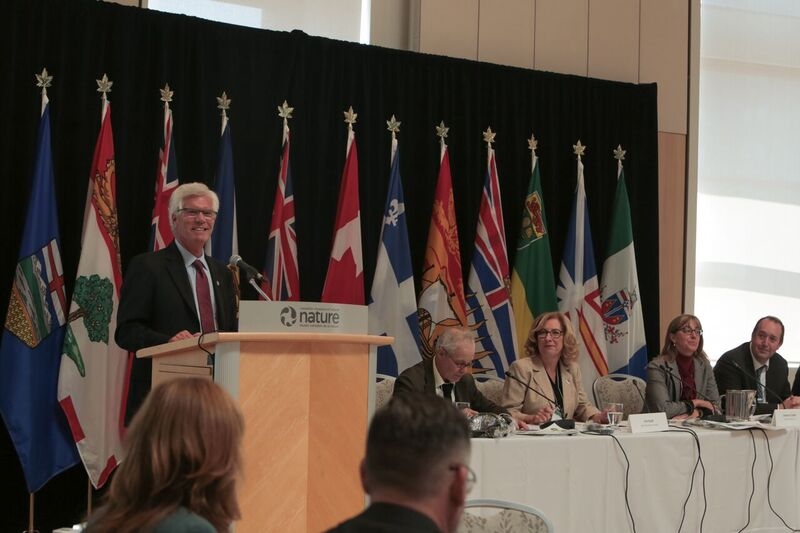 The members of the Federal-Provincial Task Force on Softwood Lumber were hosted by Minister Carr at the Canadian Museum of Nature in Ottawa, where the Canadian Council of Forest Ministers’ annual meeting is being held from Sept. 14-15. The group discussed the ongoing negotiation of a new Softwood Lumber Agreement with the United States, even as negotiators from the two countries and Mexico renegotiate the North American Free Trade Agreement.

Ministers received an update on the status of negotiations from Global Affairs Canada and were briefed on the roll-out of the Softwood Lumber Action Plan. The plan includes $867 million to strengthen the softwood lumber industry, support its workers and diversify the uses and markets for Canadian wood and wood products. Ministers also discussed the economic impacts of the dispute to date.

Ministers reaffirmed their commitment to forest workers and communities that rely on softwood lumber and reiterated the importance of coordinating and consulting with forest sector stakeholders, and engaging with Indigenous communities and companies affected by the dispute. Ministers will continue to discuss how Canada will respond to these unfair and punitive duties and remain confident that a negotiated settlement is within reach and is in the best interests of both countries.

Finally, Ministers paused to discuss the tumultuous Atlantic hurricane season. Canada stands ready to support its allies and partners in the region affected by the storms.