All the comforts of home 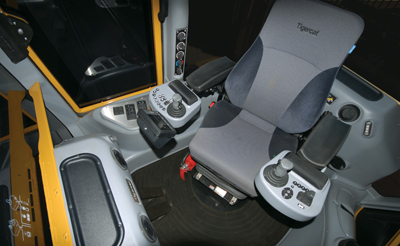 Tigercat was thinking of machine operators when they re-designed the “extreme duty” forwarder line. The company says operators will notice increased comfort levels and reduced fatigue over long shifts compliments of improved ergonomics, an easier to operate joystick, lower in-cab noise levels, and enhanced visibility. Tigercat’s forwarder line includes the 1075B, 1045B and the 1055B. www.tigercat.com. 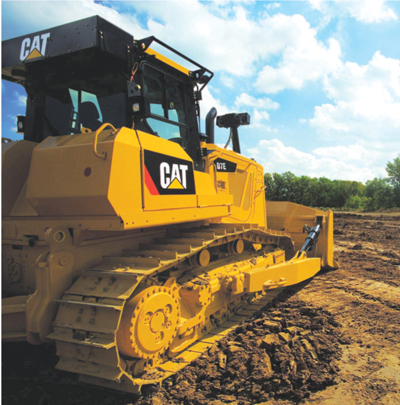 Caterpillar has a new “first of its kind” electric drive track-type tractor in the works. The company expects to release more information on the D7E in 2009 as it nears commercial availability, but says the electric drive system will provide an optimum balance of power, efficiency, control and maneuverability. It will also deliver higher productivity, reduced fuel consumption, reduced operating costs and longer drive train component life compared to other tractors in its class. In addition to the electric drive system, the D7E will feature many other benefits, including a new centre post cab for improved visibility, a C9 engine with ACERT technology that meets US Tier 3 emissions standards, and an optional AccuGrade grade control system.

Russian made cold weather forwarder
Chetra Industrial Machinery JSC has introduced what they say is the first Russian-made forwarder. The KS 421 is fitted with a Cummins engine and the chassis is equipped with an automatic heating system that will allow the engine to start at low temperatures. The company says the forwarder may be able to operate in temperatures as low as minus 40C.

TOPS & BRANCHES
• A bioenergy conference will be held in June as part of the Elmia Wood 2009 forestry show in Jönköping, Sweden. Event organizers say the bioenergy event will attract “international bioenergy pioneers” who want to learn more about using harvesting residues as bioenergy. The bioenergy conference will be held on June 2 with the main forestry show, which will be in the woods and will include live demos, running from June 3 to 6. Elmia is held every four years. In 2005, the show attracted 50,000 visitors from 50 countries. 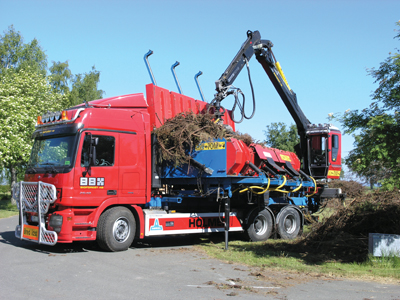 • Volvo has entered into a strategic partnership with HUSS, LLC to provide retrofit systems for Volvo equipment, including Volvo construction equipment used in forest harvesting activities. HUSS specializes in diesel particle filtration and systems for exhaust after treatment. Sweden-based Volvo and Switzerland-based HUSS expect the retrofit systems will significantly reduce exhaust emissions and will be capable of collecting up to 99% of diesel particulate matter emissions on Volvo equipment.

• Tigercat has hired a new product support representative. Gary MacDonald comes to the job with specialized knowledge of harvesting and processing equipment. He will be based in Prince George, BC but will be traveling extensively to train operators and support the company’s heads and other products worldwide.

• Kenworth Truck Company has produced a white paper on fuel economy to help meet the challenges of today’s fuel and operating costs. The paper is available as PDF download on the company’s website.
www.kenworth.com 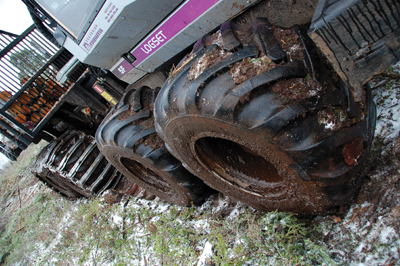 Nokian Tyres has released a new high-efficiency radial tire for today’s smaller forestry machines. The Finnish-based company says this new line of tires, which range in diameter from 24.5 inches to 26.5 inches, offer excellent grip, provide strong traction across tough terrain, are self cleaning and do not damage the soil, all while improving fuel economy.

New traction products introduced
Olofsfors has added three new traction products to its line-up for 2009. Headquartered in Sweden with sales and production facilities in North America and Finland, the company supplies track components to the forest industry. The new products include: The ECO-Combi, which is a combination track offering benefits such as reduced ground disturbance, shorter rolling resistance, less power consumption and greater fuel efficiency; the EX cross member, which can provide improved traction on Olofsfors 30 and 26mm linkage systems, especially on steep terrain and rocky ground, and in deep snow; and a new “extreme duty” linkage system, which the company says is suitable for demanding conditions, large forwarders and six-wheel skidders.

Heavy duty computer for Ponsse
Ponsse has introduced Opti5, a new model of Ponsse PC for the cabs of harvesters, forwarders and retro-fitted harvester heads. The company says the new computer offers improved vibration and shock resistance when compared to older models and is more reliable at a wide range of temperatures. In addition to working with new Ponsse machines, Opti5 can be retrofitted to some older machines. www.ponsse.com/english/products/opti/opti5/index.php

New Cummins engine to be released 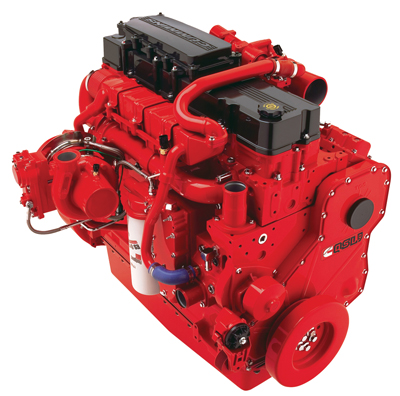 Cummins Inc. has announced the introduction of its next generation QSL9 engine platform. The company will showcase the new equipment at the Intermat Show in Paris, France from April 20 to 25, 2009. It will increase top rated power to 380 hp (283kW) and will be ready to meet EPA Tier 4 interim and EU stage IIIB off-highway emissions standards.