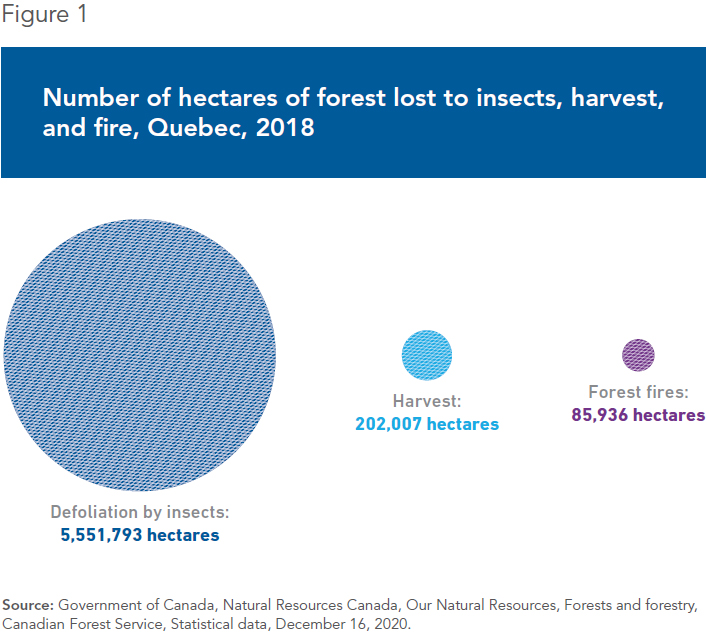 Contrary to perceptions disseminated by certain of its opponents, the forestry industry continues to innovate, and increasingly contributes to the fight against climate change. In a new publication launched by the Montreal Economic Institute, co-authors Olivier Rancourt and Miguel Ouellette provide a survey of some of the innovations implemented by this industry.

“In recent years, the forestry industry has become a player in the circular economy. For instance, a greenhouse complex in Saint-Félicien uses the residual heat from an adjacent pulp mill to reduce its energy costs, which corresponds to removing 2,000 vehicles from Quebec roads. To take another example, some companies now transform over 90% of certain kinds of sawmill residues into organic agricultural fertilizers,” points out Olivier Rancourt, economist at the MEI and co-author of the publication. “The forestry industry has adapted itself to current realities, and can clearly contribute to decarbonisation.”

“We must not ignore the fact that a healthy forestry industry can also maximize the capture of carbon by our forests. This is an important and often overlooked aspect of the fight against climate change,” says Miguel Ouellette, Director of Operations and Economist at the MEI. “By harvesting mature trees, we prevent them from decaying and releasing into the atmosphere all of the carbon accumulated throughout their lives, and we allow saplings to capture the carbon they need to grow. Quebec’s forests continue to renew themselves more quickly than they are harvested. Moreover, it should be noted that defoliation by insects fells many more trees in Quebec than any human activity,” explains Mr. Ouellette.

“The use of modern technologies also allows the industry to better plan and optimize the forest harvest in order to obtain the best wood for sawmills,” adds Mr. Ouellette. “We must not lose sight of the fact that this industry represented 8% of Quebec’s total exports in 2020, and that wood processing activities generated 3% of our GDP and some 30,000 jobs in 2019. Its economic importance is substantial, and it is an absolutely vital industry for numerous rural regions in Quebec,” concludes the economist.

The publication entitled “Forestry: A Sector That Keeps Innovating” is available on our website.