May 25, 2017 - Despite uncertainty surrounding the short-term future of the Canadian market, most speakers at two softwood lumber conferences held in Vancouver in early May presented optimistic views about long-term prospects. For many, the inevitability of short-term instability provides an opportunity for innovation, diversification, and expansion into new markets.

In an analysis of global geopolitical risk, Alexander Kazan with Eurasia Group wasted no time in pointing to the U.S. as a major source of uncertainty and potential risk. President Trump is more interested in bilateral agreements than pursuing a global multilateral agenda, and the U.S. is definitively out of the TPP. While withdrawal from NAFTA is unlikely, it will be renegotiated. However, the U.S. has less leverage than they think due to the increasing availability of other markets. As global trade deals shift, we can expect to see the leverage of the U.S. dollar wane and a shift towards a multi-currency global economy.

In Europe, despite Marine Le Pen’s defeat in the French election, the populist threat will continue through the decade leading to ongoing political unrest. While Russia remains a significant source of instability from a security perspective, economically, they continue to be a single resource country failing at diversification and playing only a minor role in the global economy.

Presently, China is limiting itself to domestic concerns and is not ready for a global leadership role. Over the next few years, we can expect to see an increase in trade retaliation between the U.S. and China, likely in the form of escalating duties.

Emerging markets in Southeast Asia, Eastern Europe, and South America hold positive economic outlooks, but Kazan warns that numerous countries are going through elections in the next two years, and just as in the U.S. and Europe, there exists dissatisfaction and political uncertainty.

Speaking about market performance, Ken Peacock, chief economist and vice-president of the Business Council of British Columbia, shared a forecast for U.S. and Canadian economies. The U.S. economy has shown slow and steady growth and is expected to strengthen through 2017-2018, despite ongoing political uncertainty. Canada’s economy is also poised to do better after two years of ~one per cent growth. The long-term economic outlook for Western Canada is especially positive due to population growth and an increased global demand for Canadian resources.

Kevin Mason, managing director of ERA Forest Products Research, outlined current and future U.S. and Canadian paper industry trends. Newsprint is in decline, disrupted by changing news sources and the rise of social media. Uncoated woodfree is more stable due in part to the adjustable retail pricing of its end product. Coated woodfree prices are at a 12-year low despite facing less of a decline in demand than most other paper grades; this is due largely to companies who prioritise volume over profits disrupting the market. The tissue and speciality market is increasingly risky, with lots of inexperienced companies jumping in due to the decline of paper. While there is excess capacity, it is an increasingly destabilised market. Containerboard prices continue upward with producers continuing to push excess tonnes offshore to keep the market snug. In the OSB markets, there are few companies, with the potential for incredible pricing in 2017. The short-term future of the lumber market remains less certain due to tension surrounding the SLA. With 30 per cent of the U.S. South capacity now owned by B.C. companies, Mason described opening Canadian sawmills south of the border as an, “if you can’t beat ‘em, join ‘em,” approach.

During the Executive Perspectives panel, CEO of West Fraser Ted Seraphim provided an optimistic outlook for the future of the industry. Despite an almost guaranteed short-term decline in the Canadian market, Seraphim emphasized the need for ongoing innovation: “We're only just starting to realize the potential for wood building as a renewable resource.” He emphasized the need for reinvestment and recruitment at a time when the industry is increasingly high-tech and entry-level positions require more specific training.

Head of strategy for DS Smith Alex Manisty added that in addition to innovation, having a detailed understanding of clients’ changing needs and an integrated system approach to meeting them makes a business more competitive.

Chief executive officer of the Forest Products Association of Canada, Derek Nighbor, gave a political perspective of the forestry sector, stating that as a major sustainable contributor to the national economy, and one that provides employment in remote and northern communities, there is a huge amount of support from government for ongoing forestry innovation. One of the key challenges Canada will face moving forward is developing infrastructure that supports the industry. Regarding the SLA, Nighbor seemed unphased, stating that the forestry industry has been in an economic climate like this before.

In an interview with Kevin Bromley, Canadian leader of forest, paper and packaging practice for PWC, he expressed a similar sentiment to Nighbor, stating, “I was heavily involved in the last [SLA] in 2001, so I think we’re going down the same path as last time.” Even with a very different U.S. government, Bromley says he’s not seeing a lot of differences. He acknowledges that, like last time, it is small companies that will be hit hardest. Despite this, he says the U.S. will remain our largest market, as “they just don’t produce enough.” When asked his advice for Canadian forest product companies going forward, Bromley says there needs to be more innovation, and, “a greater focus on using the organizations that exist, like COFI and FPAC, to have a greater voice in what’s going on.”

President of International Wood Markets Group Inc. Russ Taylor opened the conference with a global overview of the softwood market. He predicts continued growth in global consumption. Global production will also continue to trend upward at ~two per cent growth/year, as will global exports. Foreign markets will continue to expand, with China, Japan, and South Korea continuing to increase log imports. Canadian exports to the U.S. are forecasted to drop by 10-15 per cent in 2018 as a result of the SLA. There will be mill reductions over the next five years, but the expectation is that by 2020/2021, the U.S. will need the Canadian industry at full capacity once again.

In the European Market, president of Sweden-based Bergs Timber Peter Nilsson predicts that consumption will continue to increase faster than production. He cited Brexit, the uncertain future of the EU, and the stability of North African markets as primary sources of concern for European sawmills.

In an analysis of the Russian softwood industry, Roman Romanovsky, vice-president of business development of Russian Forest Products Group, said that the Russian share of the Chinese import market is in decline. Their competitiveness is not limited by cost position, but by export duties and wood availability issues due to limited infrastructure development. Despite this, overall Russian export volumes have increased 47 per cent over the last ten years. Due to high-interest rates on loans for Russian companies, more are looking to form partnerships with foreign investors.

Business manager for LuLi Group York Guan discussed the diversification of the Chinese market. Formerly dependent almost entirely on Russia for softwood imports, New Zealand, the U.S., and other countries now have a bigger role. Canadian imports to China are expected to remain stable in the next few years.

New Zealand’s industry is well established, with infrastructure in place at all levels. As forest economist for Resource Management Services Andres Katz, summarized, 2016 was a record year for logging exports and the market will continue to grow despite demand from China slowing for the remainder of 2017.

In the Special Topics & Regions session, Yuichi Shinohara, president of Shinohara Shoten Co., gave an outlook of the Japanese lumber and log markets. In Japan, the majority of log imports come from North America, along with a large portion of their lumber. While the population is in decline, wooden houses were up 57 per cent compared to non-wooden houses in 2016. Wood remains a traditional element in Japanese building and there are rapidly expanding remodelling and non-residential markets with growing needs for custom products.

In a presentation on global timberland trends, senior vice-president of timberlands for Brookfield Canada Mark Bishop said that despite an increase from Latin American markets in private timberland transactions, U.S. timberlands still account for the dominant share of private global transactions. With the U.S. market remaining attractive and potential investment capital increasing, pricing is expected to rise.

Hamir Patel, a forest products analyst from CIBC, stated more wage growth for young Canadians is needed. Higher wages will lead to housing growth, and presently, Canada is underbuilt. As far as the SLA is concerned, Patel believes a quota agreement is likely.

ERA Forest Products Research's Mason concurs with Patel’s prediction of a volume-based deal. Yet, with U.S. production remaining unpredictable, it is difficult to gauge the impact any agreement will have on the Canadian industry. The faster U.S. production ramps up, the less Canadian wood they’ll need in the short-term. In the long-term, they will gradually become dependent on Canadian imports once again.

In the final panel session on log and lumber supply chains, talk returned to the need for innovation: Canadian mills were built and designed for 2x4, 2x6, and wood chips, but presently, anything varying from that is complicated. As global markets look for a wider variety of products, the Canadian industry will have to adapt in order to compete. 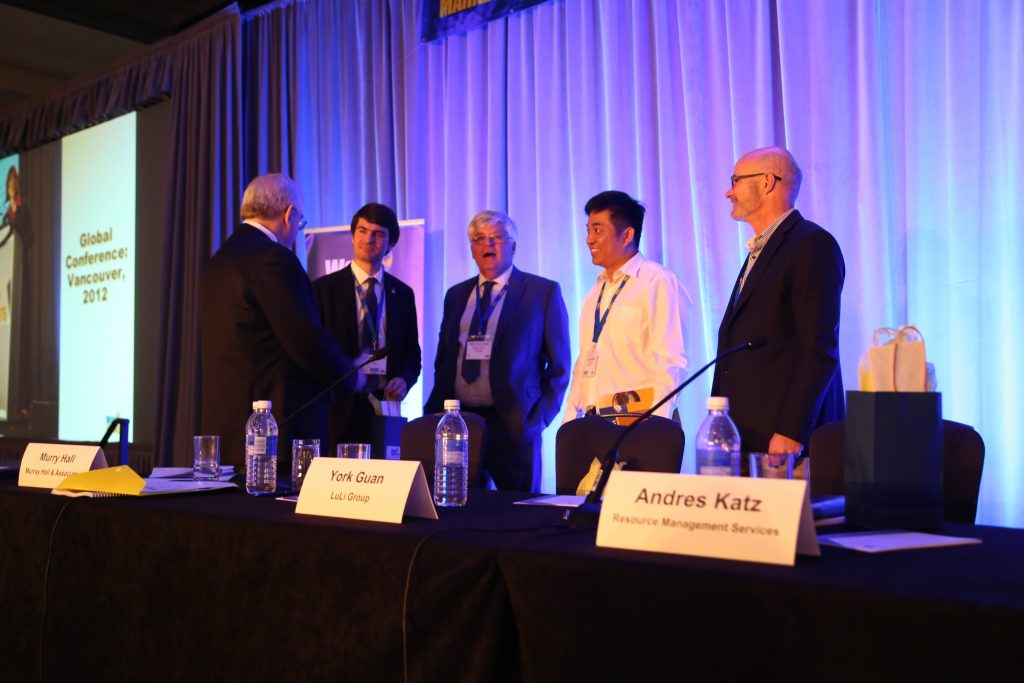