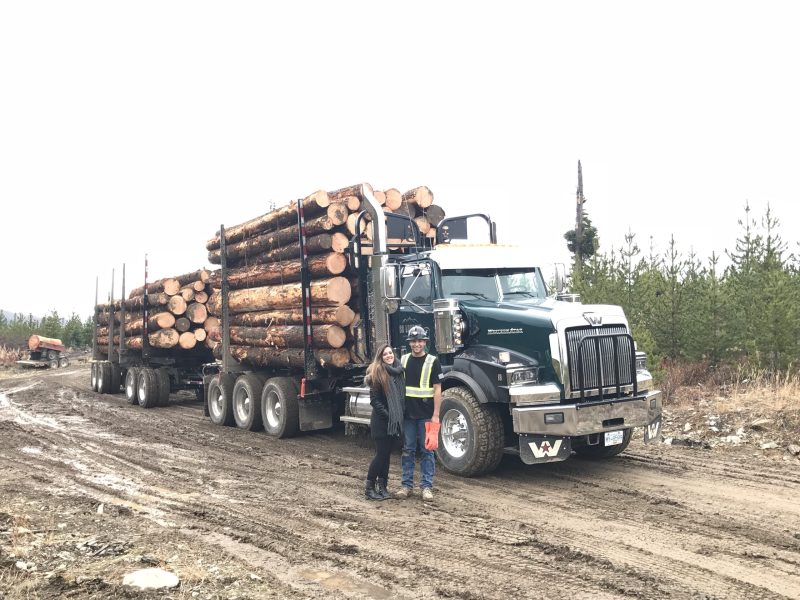 As more forest industry professionals reach retirement, it’s more important than ever that we highlight the next generation of leaders. CFI’s annual Top 10 Under 40 contest is our way of doing so. This year marks the ninth consecutive year we have scoured nominations from across Canada to find individuals who exemplify the best of our sector, from outstanding log haulers to sawmillers, foresters and others. The result is a list of high-performing professionals who are poised to lead the industry.

To acknowledge and highlight each winner’s contributions, CFI will feature one of 2021’s winners every week for the next 10 weeks.

This week, we introduce our readers to Spencer Stewart, owner/operator of SS Logging Ltd., in Kamloops, B.C.

Spencer Stewart has been involved in the log trucking industry since he was a baby, when his mother, Tiara Seitz, would take him with her on her truck.

“Even at a young age, he was instilled with a strong work ethic and wouldn’t take no for an answer,” says Todd Chamberlain, general manager of the Interior Logging Association (ILA).

Growing up, Spencer volunteered with the Lower Nicola Indian Band fire department. There, he met Ben Klassen, owner of Valley Carriers Ltd., and was hired to work in the shop. Valley Carriers later sponsored Spencer to obtain his Class 1 Driver’s License, and he soon became one of their top drivers.

Eventually, he chose to strike out on his own, purchasing his first truck and starting his own company. Now, at 25 years old, he owns two trucks – with a third on the way.

Spencer, who is also a member of the Upper Nicola Indian Band, “provides an example to both Indigenous and non-Indigenous youth that a strong work ethic and positive attitude nothing is unattainable. He has a passion for what he does and continues to excel,” Chamberlain says.

Up next: we showcase the achievements of winner Stephan Posselt.