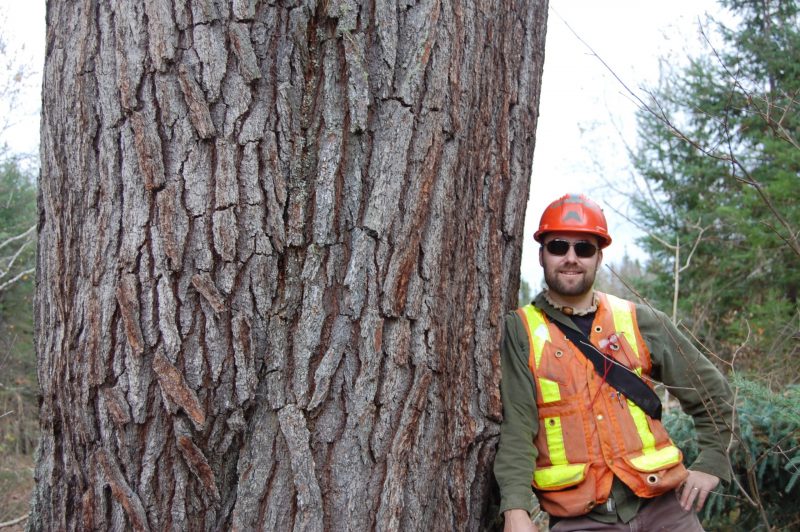 This week, we introduce our readers to Adam Hodgson, forestry professor at Sault College in Sault Ste. Marie, Ont.

Adam Hodgson’s journey into forestry began when he planted a white pine seedling in the backyard of his home in New Brunswick. He was only eight years old.

In high school, he explored tree planting opportunities close to home and in British Columbia. His drive, energy and determination – coupled with a love of nature – led him to become a prolific planter. In three summers, he planted more than 285,000 trees.

Adam enrolled in the forestry technician program at Fleming College in Lindsay, Ont. As a student, he spent a summer timber cruising for Waugh’s Woods in northern Manitoba. After graduating, he worked as a tree marker for the forest authority in Ontario’s Algonquin Provincial Park. He also did block layout with Waugh’s Woods and decided to further his education by obtaining an HBScF degree from Lakehead University.

He then took an intern position with the Ministry of Natural Resources in Chapleau, Ont. He stayed in that community to join Tembec as an area forester, a position he held for four years.

Looking to diversify his experience, Adam then accepted an area forester/manager job with Fountains Forestry in Sault Ste. Marie, Ont. He later moved on to EACOM as an operations superintendent before stepping behind the desk as a forestry professor at Sault College.

“Here, Adam shares his passion for sustainable forest management to the next generation of forest technicians,” says his wife Becky Hodgson. “Adam is 38 years old and has spent 22 years passionately working to better the image of the forestry sector.”

Up next: we showcase the achievements of winner TJ Mattson.