Features Harvesting Logging Profiles
From a four-wheeler to four Waratahs

New Brunswick logger builds contracting company from the ground up 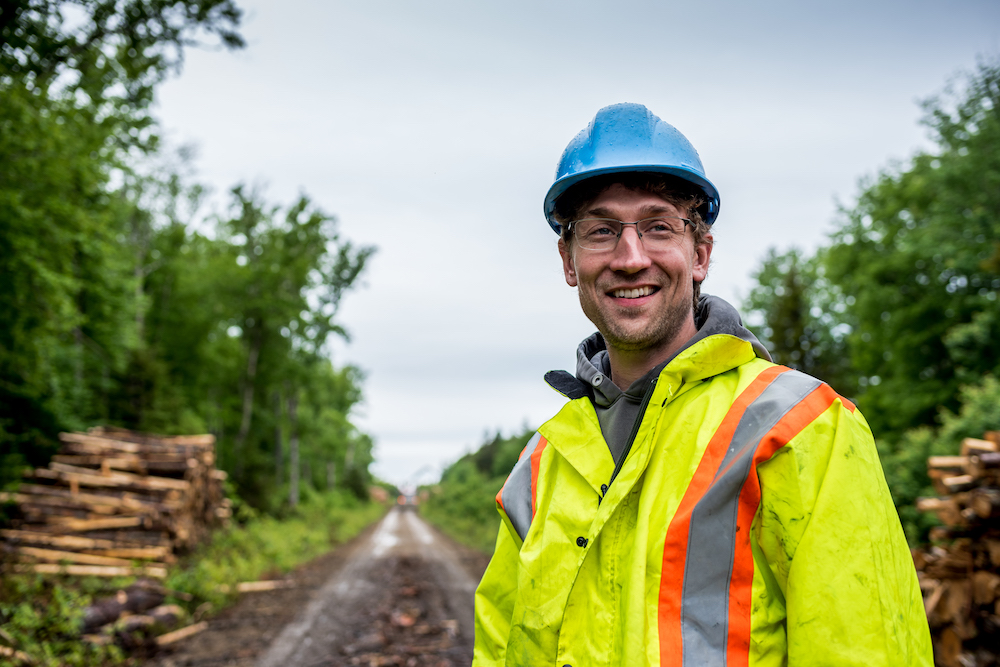 How do you start a forestry company and grow it from one employee to 30, with a fleet of seven harvesters, three forwarders and nine trucks … all before the age of 32?

For Drew Betts, owner of Clay Hill Equipment located in New Brunswick, the answer is a little unconventional. That answer is the desire to own a four-wheeler.

“I was 13 years old and I was coveting my friend’s new four-wheeler,” Betts said. “I would come home after school and say, ‘Dad, my buddy just got a brand new four-wheeler and I’d love to have one too.’”

Betts pleaded with his father to buy him a four-wheeler for weeks. Finally, his dad said he had a surprise for him out in the garage.

“I’m thinking, ‘Oh man, this is it,’” Betts said. “I went out and looked, and no four-wheeler. Instead, my dad pulls the tailgate down and there’s a brand-new Husqvarna chainsaw sitting there.”

Betts’ dad said that if he could learn to cut wood, he could eventually buy a four-wheeler all by himself. So, he did. He worked and purchased the four-wheeler and got a taste of enjoying the fruits of his labour. From there, it was off to the races.

What may seem like just a coming-of-age anecdote was truly the starting point for Betts to transform from that 13-year-old kid into a successful business owner today. While it was a difficult lesson, Betts learned about the forestry industry and the value of hard work. Along with diligence and business savvy, he’s become somewhat of an anomaly within the industry, being the owner of a sizable company at age 32.

He spent several years in construction, specifically, in road building, before bidding for his first forestry job. Eventually, he purchased an old harvester and started cutting private ground. From there, he applied for contracts and earned work that allowed him to finance a new harvester. Clay Hill Equipment, named after the street of Betts’ childhood home, was officially incorporated in 2010.

Clay Hill Equipment experienced steady growth from its inception. Betts diligently grew the company through strategic contracting. Rather than turning down jobs that were too big for his fleet, he would find ways to grow his fleet and tackle those jobs. He never saw the size of his fleet as a barrier to entry on big jobs.

“I would take every chance I could to reinvest in the company after that,” Betts said. “Instead of having a company approach another contractor about cutting, I would just say, ‘If you want another machine, I’ll get another machine.’” 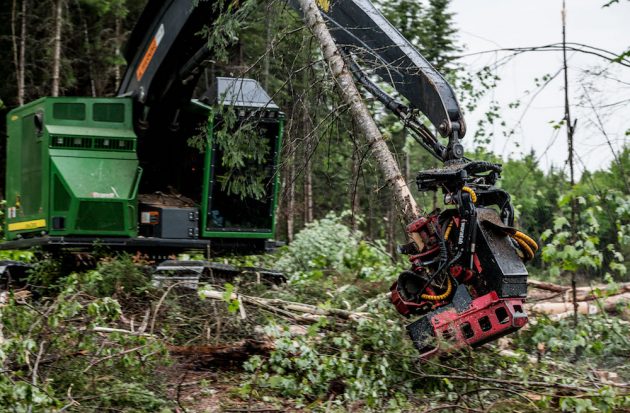 “In 2014, I traded up and bought my first brand new Waratah,” Betts said. “I remember that year because it was the first time that we’d run well the whole year without doing anything to the head, which was quite impressive considering the head we were using before the Waratah was down all the time.”

Whether you’re growing business or running an established company, no one can afford downtime.

“Uptime is where it’s at. If the guys are in the seat and they’re cutting wood, then we’re making money,” Betts said. “It’s hard to believe how little downtime we have with Waratah. One of our Waratahs has 1,100 hours on it and we haven’t changed a thing on that head since I brought it to the woods.”

For Clay Hill Equipment, the brand choice not only matters for the bottom line, but also for Betts’ operators.

“A lot of my guys who are more experienced run the Waratahs and don’t want to go back,” he said. “It does a little bit more than other heads on the market, so they tend to like the Waratah and want to stick with it once they run it.”

A lot of the work that Clay Hill Equipment does requires a great amount of precision. Betts described one jobsite about 10 minutes outside of Minto, N.B., where they are targeting softwood on a pre-commercially thinned site for a small mill. They are working over 2,300 cubic meters, targeting about eight to 10 loads a day to the mill. But it isn’t just about production. It’s about quality.

“With cutting wood for the small mill that we’re cutting for, every piece of ram wood that goes through that mill is hand-touched,” Betts said. “They’re running small band saws, and they have guys on every line. They’re looking for precision.”

Betts has found that when working with mills this meticulous, Waratah heads have increased his company’s accuracy and precision.

“With the Waratah, we’re getting our lengths right on, which is a huge thing because we’re getting paid not only for our production, but also for our quality,” Betts said. “On this job, we get a quality bonus. The wood has to be within two inches on lengths and diameters. So, it’s pretty important for us to be within a quarter of an inch on our diameters. With the Waratah, we’ve been achieving that.” 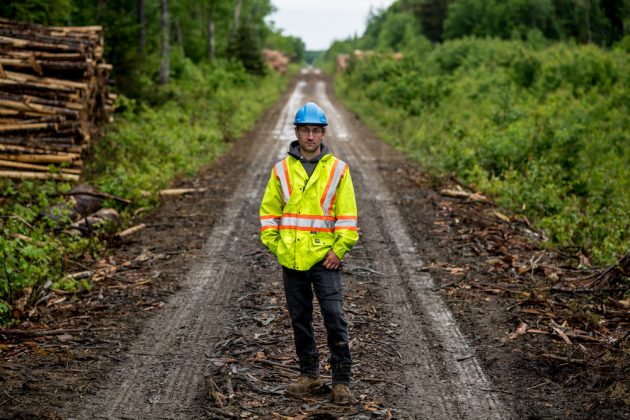 Betts started his own forestry company and grew it to 30 employees by the time he was 32 years old.

‘I love the smell of diesel in the morning’

That’s the phrase that was written on a T-shirt that Betts’ wife got him as a gift. It gives you an idea of the passion that Betts has for the industry and the work ethic that drives him. He strives to hire operators who feel the same.

“When I’m choosing operators, the number one thing I’m looking for is good work ethic,” Betts said. “I’d almost rather take an operator that’s not great as an operator but has a really great work ethic and mold them. If the work ethic is there, they’ll learn how to run the machine.”

Betts said he hopes that Clay Hill Equipment will continue to grow and maybe even be passed down to his son Levi someday. Levi is only three years old, but in the future, Betts thinks he will probably pass down the lesson he learned from his father to Levi.

“I think the hard life lessons are the good lessons,” Betts said. “So, I’ll probably have to get Levi a chainsaw when he’s 13.”