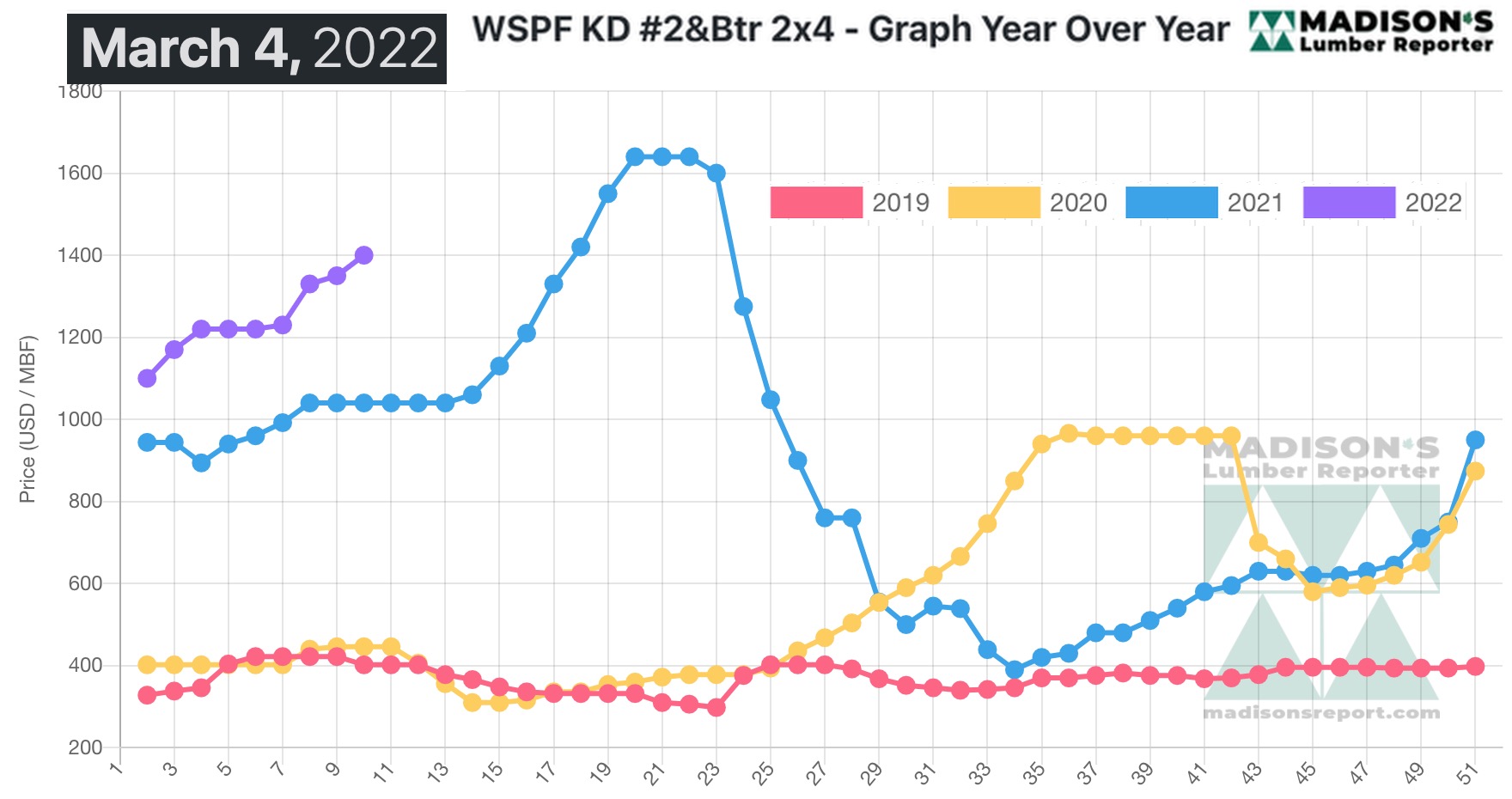 Still hot demand and relentless delivery delays served to pop up lumber prices yet higher. Buyers scoured their supplier contacts for anyone who might have the wood they need on hand at acceptable price levels. Inventories throughout the supply chain remained low to non-existent. A lot of time continued to be spent searching out the location of lumber previously ordered, whether on the rails or by truck. Agonizing delays of up to an additional six weeks were the norm. Sawmills were able to plump out their order files, sometimes into April, providing confidence of the strong pricing.

Rail car flow improved marginally while the troublesome trucking backlog persisted, even as winter weather eased up in many key regions. 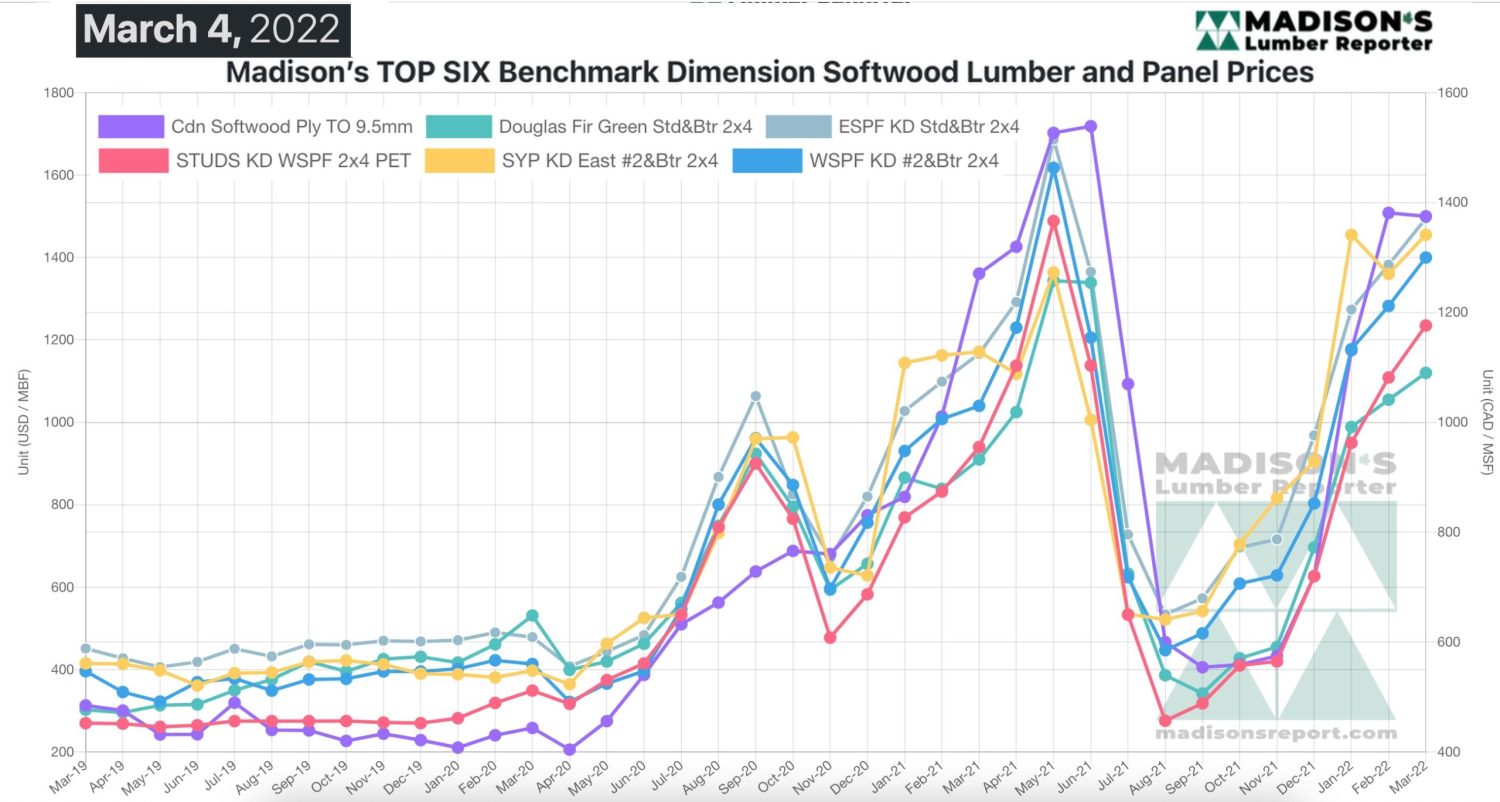 Uncertainty ruled every decision made in the Western S-P-F market. Buyers in the United States were hesitant about each new order, acutely aware of the holes in their inventories but wary of the market’s inscrutable direction. Retailers agonized over how much stock was enough to get them safely through the month of March with minimal downside risk.

Sales volumes of Western S-P-F dimension lumber were robust to start March 2022, according to suppliers in Western Canada. Producers continued to show limited availability on virtually all items, while customers reluctantly stepped in to shore up their own depleted inventories in advance of spring building season.

“Eastern Canadian panel purveyors portrayed an Eastern S-P-F sheet goods market in palpable retreat. This was in stark contrast to widely-reported strength and consistency – real or perceived – in recent weeks. Both plywood and OSB remained in price-discovery mode as reported levels continued to vary wildly depending on source and destination.

Demand for plywood and Oriented Strand Board in Western Canada tapered off according to secondary suppliers in the region. Decent-sized deals were still apparently happening, but wholesalers and distributers in the Vancouver market were slicing and dicing their prices back down to replacement levels.” – Madison’s Lumber Reporter