Approximately 50 exhibitors took part in the Northern Alberta Forestry and Construction show in Grande Prairie, Alta. in mid May, and although attendee numbers were not as high as organizers had hoped, they were still pleased with the outcome.

“We worked hard to add value to the show this year,” said Adam Corfe, the show’s manager. “We added new programs and content and we will use a similar format for the next show coming up in 2012.”

About 500 people attended the five-day event and Corfe said they had a positive response to the conferences, seminars and live demos. “Due to the state of the economy, the overall attendance was low, so that was unfortunate for all involved, but we were pleased with the response from those who did attend.”

Corfe is hoping improvements in the economy will bring numbers back up to normal levels for the 2012 Grande Prairie show. 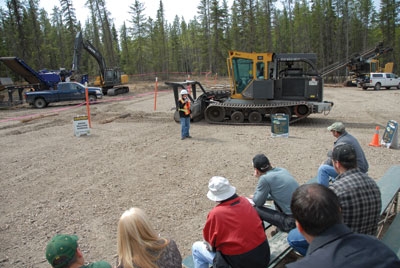