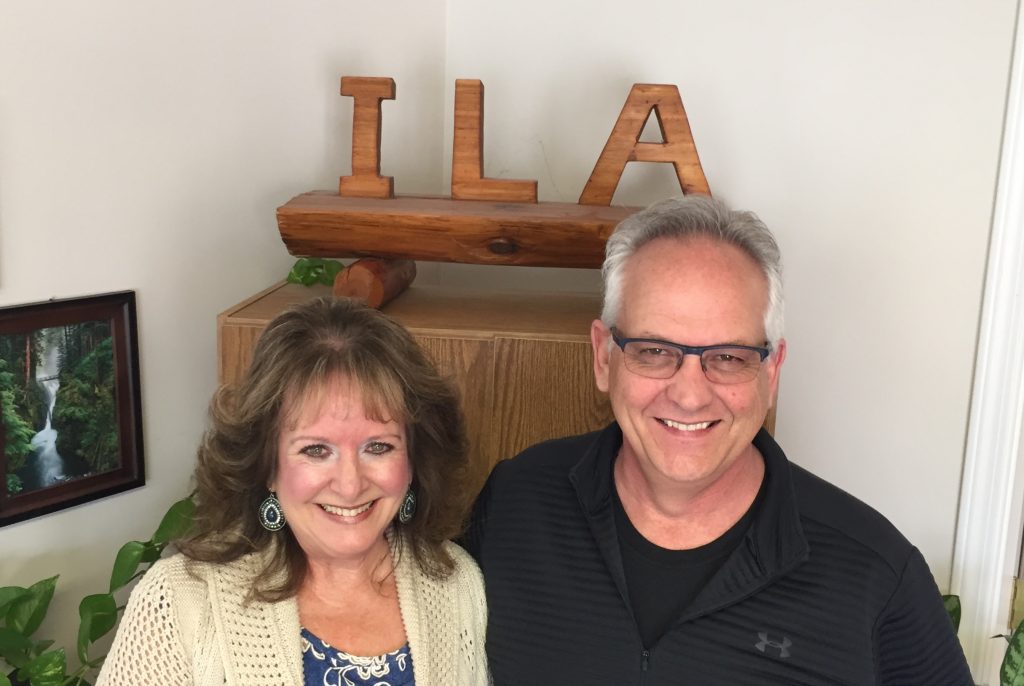 Nancy Hesketh (left) is the office administrator and Todd Chamberlain is the general manager of the Interior Logging Association based in Vernon, B.C.

CFI sat down with Interior Logging Association’s general manager Todd Chamberlain in January to discuss the effects of 2019 on Interior contractors, and what the future holds as the B.C. forest industry continues to endure a historic shakeup.

CFI: We are hearing seemingly endless bad news about the state of the forest sector in B.C., both on the Coast and the Interior. What does it actually look like on the ground right now for forestry workers?

Todd: The Southern Interior is good now – and I say now because mills are currently low in inventory so they need contractors out there working. The majority of them are working now and I think the outlook to the end of March or to breakup is good for them. But it’s what is going to happen after that that’s the unknown.

There were contractors who did not turn a wheel all summer. So even though they are doing OK now, it’s not making up for the lost time last spring and last summer.

But when you look at the coast, it’s horrible. We’re working with a couple directors at the TLA [Truck Loggers Association] on some projects, and they haven’t worked since June 23. It’s just decimating the towns in the North Island. We’re seeing it here too. Williams Lake suffered a lot this summer. Mackenzie is suffering. Fort St. James is suffering. And you wouldn’t think that in a town like Vernon it would have an effect, but we know that Brandt and Finning, local suppliers, were having their employees take holidays as opposed to laying them off.

It has that trickle-down effect, even right into Vancouver because when you think about the lost revenue that the government has had from stumpage all those months, what’s that going to do to taxes?

CFI: Some have been saying the situation is worse for B.C.’s forestry workers now than during the downturn in 2008. Would you agree?

Oh yes, definitely. I was a licensee in 2008 and I remember going to our logging contractors and saying something like, ‘things are tough. We need you guys to share the pain with us.’ They agreed, and we got through it together and we made it right after that.

But it’s definitely worse than 2008 now. You can see it everywhere you go. Contractors shut down for months. And who knows what’s going to happen next. But who can predict two years of catastrophic fires?

CFI: We are a cyclical industry, but were we at all prepared for this? Could we have been?

No, I don’t think there was any way we could have prepared. The 2017 fires were one thing, and then in 2018 it happened again. Then stumpage went through the roof.

In the interior, that meant three months – maybe more – of unexpected revenue loss last year, but they’ve managed to get through it. The majority of contractors I talk to, everyone is nervous, there are a lot of unknowns still, but they are cautiously optimistic. We know stumpage is predicted to go down in July, which is a good thing.

CFI: Has government done enough or promised to do enough? What’s still needed?

The provincial government has been willing to talk to us. They’re trying to work with us. We’ve been putting forth a lot of ideas, where we think there are some gains for contractors, and they are trying to help us. I think they are doing the best they can, but nothing moves fast. And they really have to be cognizant of that softwood lumber agreement and what they can and cannot do that would be considered a subsidy.

We have been busy with the contractor sustainability review process. It was the goal to have it finished last year and we are close we think – we hope. Our three associations [ILA, TLA, and the NWLA] are committed to getting it done. We want it in the spring session of the legislature – that’s our goal and we’ve told government that. We need to have that in place for when contractors go back after breakup, so they’ve got some strength and some certainty behind them. That’s been a really big push for us.

Retirement bridging is another big one. They’ve offered it to the mill workers, where they can bridge into retirement at 55. We’d like to see that offered to the contractors so that their employees can bridge out.

And I think the federal government needs to come to the plate too. They’ve been really silent.

CFI: We know some contractors will be forced or were forced to close shop, while others are prepared to weather the storm. What are the surviving companies doing differently that will see them through?

We’ve seen some exit in the last year. Some exit because they don’t have a succession plan – they don’t have kids who can take over the business – so they’ve decided to move on. I can think of three I know personally who have exited. But the majority of the contractors are still in it for the long haul; they are just trying to weather the storm and get through this and cutting costs where they can. Hopefully government can help them and they don’t eat away at their financial reserve.

Some who have been in business longer may have a larger financial reserve they can rely on up to a point. Equipment suppliers and financing companies have been working diligently with contractors to help them get through these times, whether it’s refinancing or skipping payments. Contractors aren’t doing it on their own – they have people helping them for sure.

CFI: The forest sector in B.C. is reshaping, what’s it going to look like on the other side of this?

We will be a different industry when this is all said and done. We had declining AACs [allowable annual cuts] even before the fires came. But I think we may become a more innovative industry. Biomass is huge right now so it’s becoming a bit of an industry in and of itself. Some companies have already started – Tsi Del Del in Williams Lake started up a biomass operation. They’re looking for opportunities to keep their people working and to diversify.

And that’s what it’s going to be. I think you’ll see contractors diversify or get specialized. Steep slope systems are becoming more prevalent in B.C. Some will opt out of conventional and go to more steep slope systems. Maybe it’s commercial thinning in areas where you are trying to achieve different objectives like a deer winter range or a community wildfire protection plan. That’s going to require a different set of equipment.

There is still going to the old, conventional clear-cut logging, but I think as we move into steeper terrain for sure, contractors are going to have to reconfigure themselves for the conditions. As the old saying goes, the low-hanging fruit is gone in a lot of places so it’s time to get creative; and they are the first ones to get creative.

A lot of the solutions are going to be grassroots. It’s the local district managers and stakeholders in each TSA [timber supply area] who are going to make things work moving forward and I strongly believe that. Because you can’t have a one-size-fits-all for this province. Solutions won’t be found in Victoria, it’s going to be in Burns Lake, Smithers, Cranbrook, Merritt or Vernon.

This interview has been edited for clarity and length. 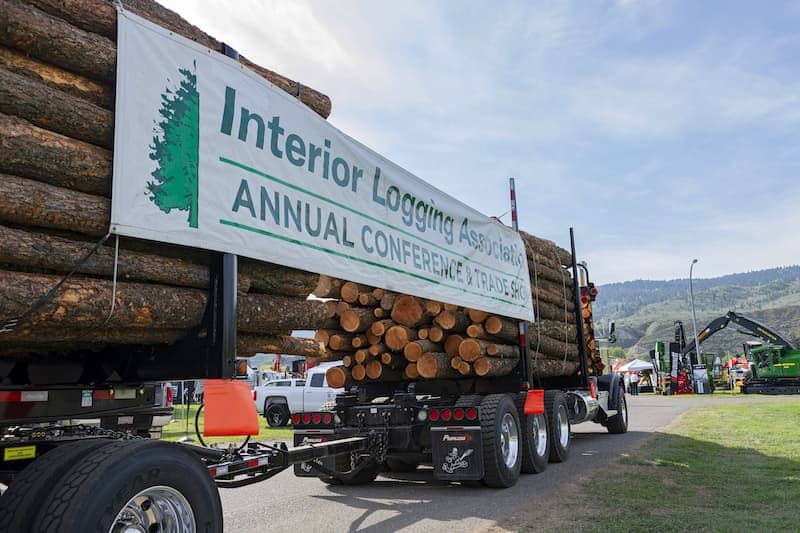 The 62nd annual ILA Conference and Trade Show is taking place in Kamloops, B.C., May 7-9. The conference theme this year is: the voice for our members.

This year’s conference will feature inside and outside displays, with all displays located at the Powwow Grounds – 100-345 Powwow Trail in Kamloops. All displays are open to the general public.

This year will feature live performances from the Laughing Loggers inside the Arbor, sponsored by the ILA Vernon Trades Association. Also, back by popular request, the Shawn Lightfoot Band will perform at the Friday night dinner and dance. A silent auction is being held to support Canadian Women in Timber.

The annual Interior Safety Conference is taking place Thursday, May 7, with the theme of: Safety vision is 20/20. The conference will feature presentations on log truck safety, mental health, workplace impairment and how to have difficult safety conversations.

The ILA’s AGM for members is taking place on Friday, May 8.

Learn more and register at www.interiorlogging.org.