GreenFirst Forest Products CEO and industry veteran Rick Doman explains what makes the brand-new forestry company unique, and how they plan to grow with a commitment to sustainable forest management and lumber production. 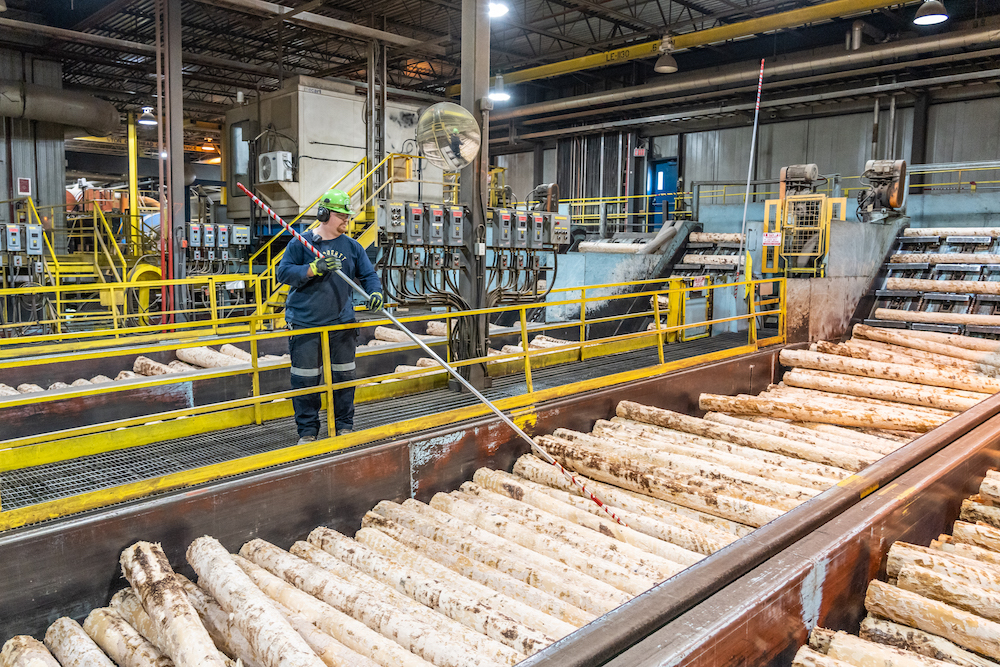 Rick Doman knows a little something about lumber. He’s been at the helm of two major producers, Doman Industries – now Western Forest Products – and EACOM Timber Corporation, which was recently acquired by Interfor.

With his newest venture, GreenFirst Forest Products, the seasoned executive is hoping to keep batting 1,000.

GreenFirst made waves as the new kid on the block in August last year with the acquisition of six Rayonier sawmills and a newsprint plant in Ontario and Quebec. The company purchased the idled Kenora Forest Products mill in Ontario the year before. With all acquisitions tallied, their total yearly lumber capacity sits at around 905 million bdft. According to Russ Taylor Global, the year-old company clocked in as the 25th largest lumber producer in the world as of December 2021.

Doman co-founded GreenFirst along with former Fairfax Financial Holdings president Paul Rivett. The two, as CEO and chairman of the board, respectively, are charting a course for the new Eastern Canada forestry company that emphasizes sustainability and stability.

Born in Duncan, B.C., into a forestry family, Doman recalls life as a nine-year-old visiting sawmills in coastal B.C. with his father, Doman Industries’ formidable founder, Herb Doman. At 12-years-old he was dropped off at a company lumber yard to start earning the money he needed to buy a camera and a drum set.

From sweeping up the yard and straightening lumber piles, Doman worked his way up to deliveries and eventually to serving customers. At around 20, he was promoted to sales at their head office and discovered a knack for buying and selling lumber. His aptitude led him to take charge of the company’s North American lumber trading division.

“We ended up owning nine sawmills and producing nearly one billion board feet a year as well as pulp, northern bleach wood, softwood kraft, and dissolving pulp. I was involved in the sawmill operations, the pulp operations, and the sales,” Doman says.

Doman credits his jump into the executive world to two people: his father, who taught him operations, and Doman Industries’ CFO Jack Abercrombie. When his father suffered a stroke in 1995, Doman and Abercrombie ran the business for nearly 10 months. It was during that time Doman began to form his own business ideas, and his vision began to deviate from his father’s. 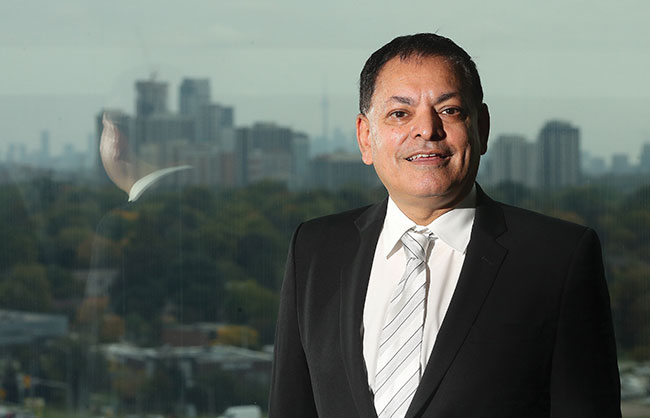 “I made the recommendation to sell our two pulp mills because it wasn’t our core business at the time, because it would reduce our debt. I’ll never forget that, because it did not go over well with my dad. He said, ‘I worked my whole life to build this company and we’re fully integrated. And I disagree with you.’”

The company’s debt continued to grow, and Doman began planning his departure. “It was a great company; my dad was a genius. Our operating costs at our sawmills were very low. The pulp side was challenging. But the timberlands and sawmills were functioning very well,” Doman says. But in 2001, his dad had another, more serious stroke and the company’s board asked Doman to step in as CEO.

Doman, reluctantly, took the reins and began plans to restructure the company to address the debt, but the company’s board had different ideas. The company was eventually turned over to bondholders. Doman stepped aside in 2004 to focus on family, particularly his father’s failing health. In 2007, Herb passed away.

“The last conversation we had … he said, ‘I don’t want you to give up on the forest industry. I taught you a lot.’ I said, ‘OK dad. I’ll buy one sawmill, one day, but I don’t want to run a big company again.’ And he looked at me with a grin and said, ‘Son, it’s in you to continue to run bigger companies. I have that faith in you.’”

“I was so pleased with what we did with EACOM,” Doman says. He attributes much of that success to the co-operation and support of the Ontario and Quebec governments. Their willingness to work with forestry companies, he says, was a refreshing departure from his time in B.C.

According to Doman, successive B.C. governments mishandled the mountain pine beetle situation in the province when they reduced stumpage rates in the B.C. Interior to incentivise harvesting there. “It was one of the reasons the company my dad founded was treated unfairly by the B.C. government; that’s the only way I can describe it,” Doman says.

In 2014, at the direction of the board, EACOM sold to a U.S. private equity group, Kelso & Company. Doman stayed on as CEO as part of the sale conditions, but stepped down shortly after. He was asked by Kelso & Company to become chairman and did so until 2015.

From then until 2020, Doman was busy seeking out global forest opportunities for a large Canadian financial institution. In 2020, he launched his third major forestry company. 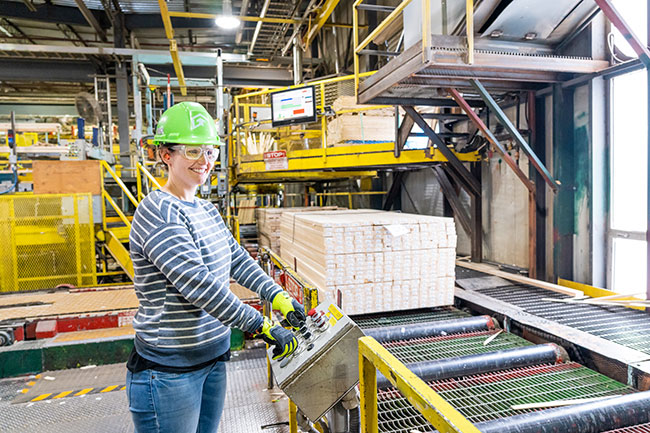 GreenFirst’s executives are prioritizing optimization of their lumber operations to increase their capacity up to one billion bdft a year. Photo courtesy GreenFirst Forest Products.

GreenFirst’s origin story starts with Kenora Forest Products in northwestern Ontario. Doman and Rivett submitted a bid through a receivership for the idled mill’s assets, sight unseen, in 2020. The $11.5-million bid was successful.

The 100 million-bdft Kenora mill has sat shuttered since September 2019. Its owners, Winnipeg-based Prendiville Industries, filed for bankruptcy shortly after closing the mill.

Soon after the Kenora purchase, Doman and Rivett renamed their company from Itasca Capital to GreenFirst. The name, Doman says, embodies a message that they are poised to share loudly.

“I think people understand this, but I like to be very clear about it. A healthy, sustainable forest absorbs carbon. A tree from seedling to maturity absorbs about one tonne of carbon, most of it in its earlier growth years. When a tree becomes diseased and susceptible to wildfires, it emits massive amounts of carbon,” Doman says. “Forests are agriculture. Instead of growing carrots seasonally, we’re growing trees over an 80-year period and they’re absorbing tremendous amounts of carbon during that time. If managed properly, they create tremendous amounts of jobs.

“Our goal is to lead by example, and we feel we’re in a region where we can manage stable and sustainable forests,” he says.

In August, GreenFirst completed its acquisition of Rayonier Advanced Materials’ forest and paper product assets in Ontario and Quebec for US$234 million. The purchase includes sawmills in Chapleau, Cochrane, Hearst, and Kapuskasing in Ontario, and La Sarre and Béarn in Quebec, as well as a 205,000-MT paper mill in Kapuskasing.

GreenFirst is currently working with a combined allowable annual cut (AAC) of about 3.6 million cubic-metres within FSC-certified crown forests. They expect the AAC to grow as the company works to restart the Kenora sawmill. 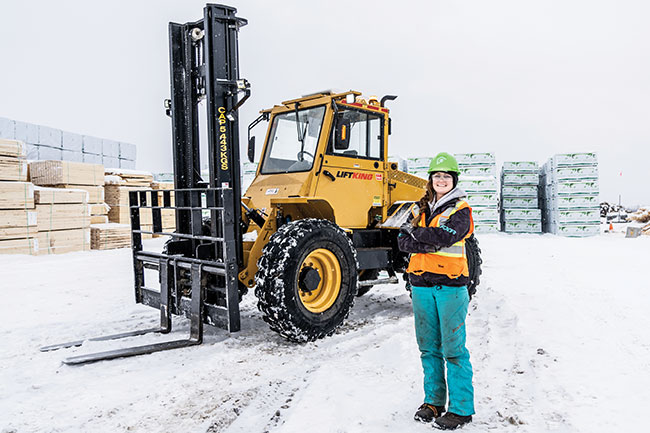 The company’s private forest land is also an opportunity for them to showcase sustainable forest management. “One hundred years from now,” Doman says, “I’d like to make sure that these forests are still healthy and operating at a sustainable rate for future generations to also benefit.”

Sustainability is also a term GreenFirst applies to its employees and their jobs. “We can’t control markets, but we can work on controlling costs. So, if we have productive, safe operations we can better offer that stable, sustainable employment,” Doman says.

The seasoned executive acknowledges that forestry has a public image problem in Canada. But he hopes that GreenFirst and its team will help bring clarity to the conversation.

“I’m really looking forward to working with governments and anyone who is interested to go through the science of forestry so we can build a healthy, sustainable future for not just current generations, but future generations. And, on top of that, we increase the number of trees out there,” he says. “We’re the solution.”

GreenFirst’s executives are prioritizing optimization of their lumber operations to increase their capacity up to one billion bdft a year.

“We believe that the company can produce, just in those six mills, up to 850 million bdft plus or minus a bit, based on the AAC. We’re developing a capital expenditure plan to increase capacity at those mills, reduce operating costs, and improve recovery,” Doman says.

The Kenora restart is also top of mind. Doman says discussions with the Ontario government continue.

GreenFirst is making long-term plans in Eastern Canada despite the contracting industry. They have a 20-year agreement with Rayonier Advanced Materials to supply residuals to their pulp facility in Témiscaming, Que. The company is also diving into a three-year capital expenditure program focused on safe and productive operations, led by Lessard.

“I feel that, for the future, having a strong AAC and having the integrated business is very important,” Doman says. “We’re very pleased with our sawmill acquisitions and our paper acquisitions. We feel like we’ve developed a strong eastern Canada forestry company.”