April 12, 2016 - The Groupe Savoie mill was already equipped with a log-loading material handler and with some older knuckle-boom loaders. But the firm has grown through a commitment to utilizing modern technologies to maximize productivity. So Vincent Caron, Production Vice President for Groupe Savoie and his President, Alain Bossé, were searching for a machine to upgrade the reliability of their log-loading capability. “I needed a new machine that could handle the cold,” Caron explains. 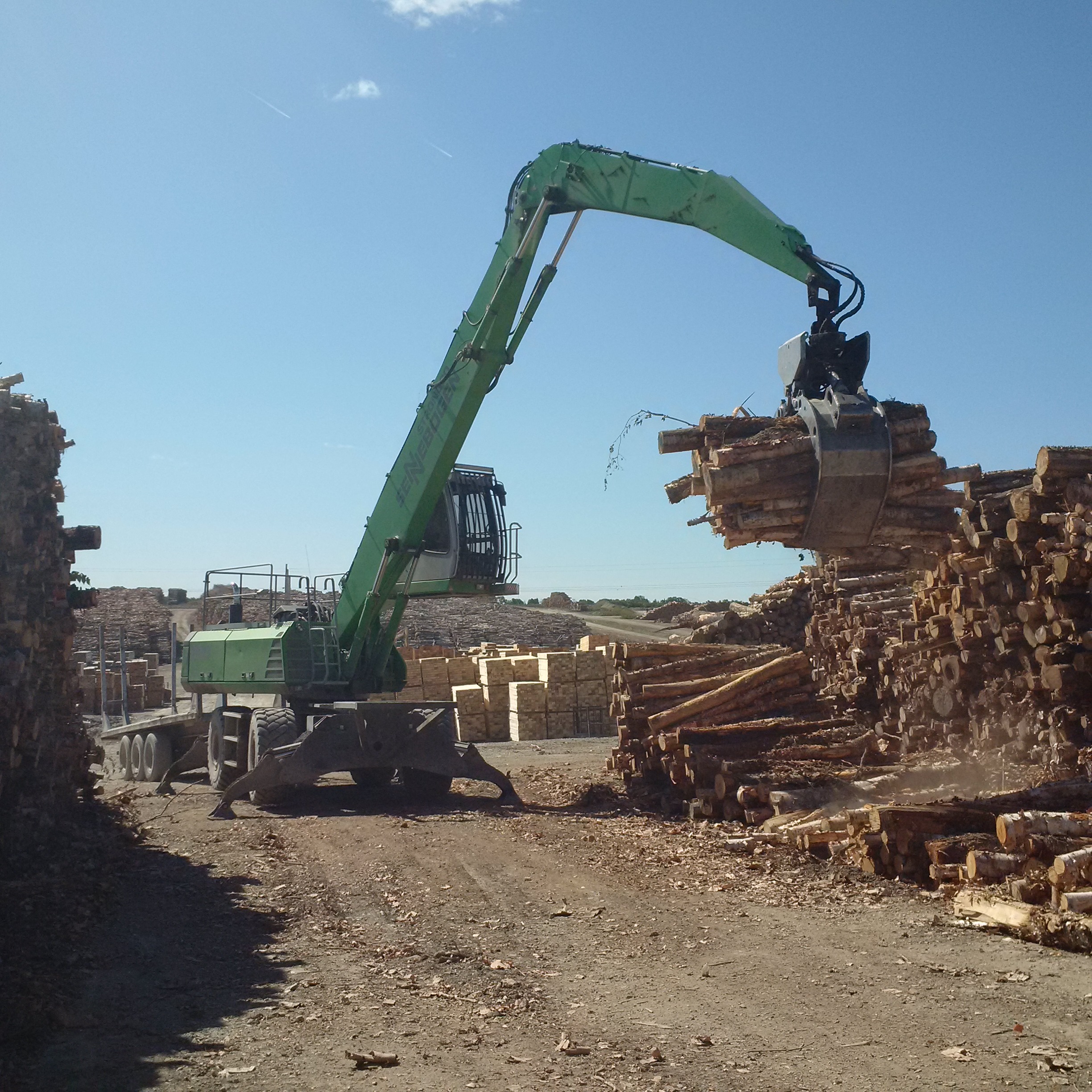 Established in 1978, Groupe Savoie is a successful family-owned producer of hardwood lumber and value-added products, situated high in the north-eastern limits of the Appalachian mountains. Winters here can be bitter cold, and the region is famous for the severe storms that pass through from the Atlantic.

Caron and Bossé tested several log-loading machines before choosing the Sennebogen. “We visited a sawmill operating a Sennebogen 825 model, and our technician was quite satisfied with it and we were very impressed with Sennebogen’s response time to issues. He saw good service support at this site as well as got very good feedback from some other Sennebogen customers in Nova Scotia.”

In the end, Caron says, he and Bossé were pleased with the machine’s fuel economy, traction, service accessibility, speed and strength. Its productivity in moving wood from the yard to the mill sealed the decision. “In effect, the efficiency of its loading cycles increased our capacity at the mill,” Caron says.

The yard sometimes utilizes the machine to unload trucks, but its primary role is to load and pull a 36 ft. three-axle trailer. It picks stock from inventory to fill the trailer with up to 40 tons, then completes the cycle by offloading to a stockpile bunk at the mill.

With the machine’s delivery this past winter, operators told Caron that they were impressed with its reliable starts on the coldest days. The new unit had met management’s goal of reducing downtime. Operators also say they appreciate the stability of the 830, even with its hydraulic cab fully elevated. But the 830 really showed its mettle when the cold weather abated, and the spring thaw began.

“The yard is compacted earth,” Caron explains. “And it’s not a flat yard; we have some grades to climb to and from the mill. When the frost comes out in spring, the yard can turn into 12” to 18” of mud – last year was very wet and we had spots with up to two feet of mud. But the M-T just carried on.”

To date, Groupe Savoie is confident that they found the reliability they needed for the mill’s operation. The mill’s own technicians service the 830 M-T but, according to Caron, “…our team got good support for technical service. The Sennebogen dealer, Strongco, came here to train our guys. Our rep at Strongco, Alan Lindsay, is a very good salesman.”

Through its three sawmills in the region, Groupe Savoie is producing 90 million FBM (213,000 m3) of hardwood annually. With the addition of the 830 M-T, the company looks forward to continued growth and success through its investment in reliability and productivity.