Features
Saw Filing 101: Harmony in the file room, and the mill 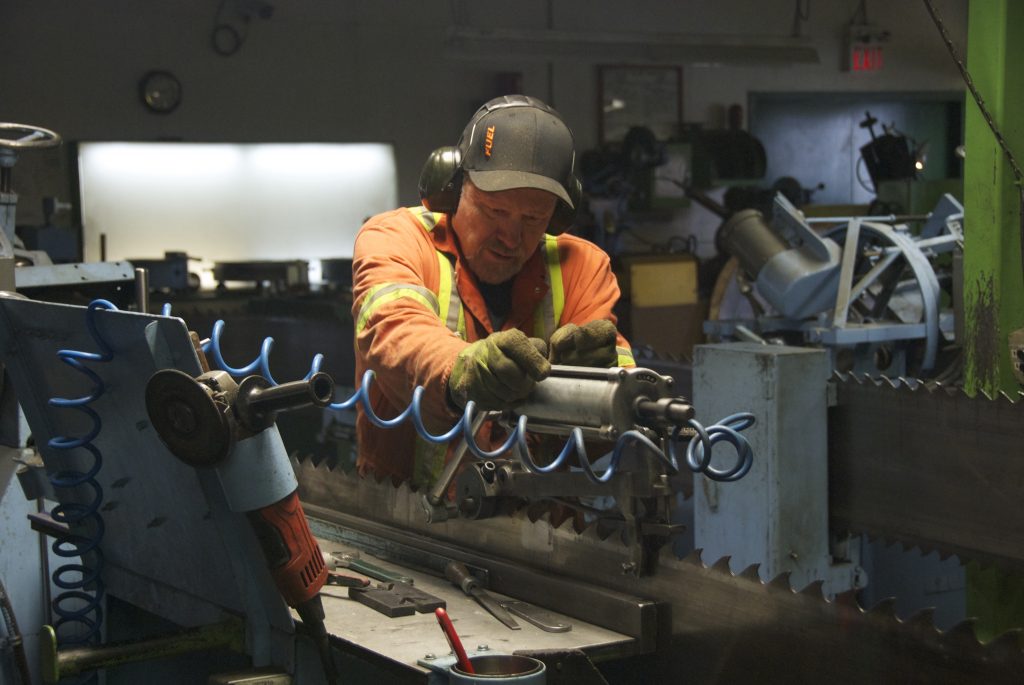 In an ideal world, it would be a joy to come to work knowing that all your co-workers were on the same page. You would all agree on what your daily objective was and would work together to achieve it. There would be no petty jealousies, no power struggles and no bad attitudes. In short, it would be a delight. Unfortunately, no such workplace exists or at least if it does, I have never heard of it.

In the real world, there are as many roadblocks to full co-operation as there are different personality types. No matter how friendly and intelligent each person in the chain is, when you mix them together, there is going to be friction. You can’t stop that from happening but you can try to minimize its effects.

It’s always best to start in the filing room itself. Take an impersonal look at yourself and your coworkers. Are there personality conflicts that can be dealt with simply? Sometimes a simple “clearing of the air” can have a powerful effect. In many cases the antagonists simply didn’t understand why the other person was upset. At the very least perhaps acceptance and grudging respect of each other’s positions can be achieved.

Is one of your coworkers shirking responsibilities, forcing the other filers to take up extra work? Such an employee is workplace cancer and must be dealt with immediately. The worker should be sat down and made to understand exactly what is expected of him and given a chance to mend his ways. If he doesn’t? Well, not everybody is cut out to be a filer and there are always others waiting for a spot in the filing room. Sawfilers function as a team and that means nobody gets a free ride.

Sometimes one of the filers is overly ambitious, to the point where they are upsetting the work environment with their constant one-upmanship, and tattling real or imagined complaints to management. Such a filer is often a very good worker and would make a decent leader if not for their over-the-top efforts to be noticed by their superiors. Generally the other filers will shun them to a degree but unless they find themselves the object of the power-seekers campaign, they will leave them be in the hopes they will eventually self-destruct, a hope that is sadly often realized.

Outside of the filing rooms, it is not unheard of to have people that are just rubbed the wrong way by sawfilers. A maintenance superintendent may think of saw filing as “not a real trade”. Supervisors may consider us to be troublemakers and operators often have no idea what we do but consider us adversaries due to the sparks that inevitably fly when saws are being wrecked by operator error or a broken machine. The long-term key to removing these difficulties in your mill is through communication and a conscious decision to take a deep breath and consider the situation dispassionately before responding to a report of a destroyed saw or an accusation of poor workmanship.

One group that you want to have a solid working relationship with is the other trades. We filers are proud of our skills and stand ready to defend our knowledge against all comers, so too are the other trades. They have studied and worked just as hard as we have to learn their trade and you can bet that they are going to resist any and all attempts to tell them they are mistaken when they feel that they understand a problem. The best we can do is to tell them in as much detail as we can what we think is happening, let them know what our experience suggests might be the problem and then get out of their way and let them do their job. If what they try doesn’t work, rest assured they will come back to confer on possible solutions. Until that happens, keep your nose out of it and remember: if they were standing over your shoulder telling you how to bench a saw, you probably wouldn’t be happy.

I have long believed that every mill could benefit greatly by ensuring that everybody in it spoke the same language. I’m not talking about English but instead I refer to the language of saws. When a saw fails and the troubleshooting starts, sometimes the process barely gets off the ground because the involved parties simply don’t understand what the others are talking about. They don’t know what a saw can or can’t do, what causes certain types of wrecks, the difference between a saw problem and a wood delivery problem or all too often, the proper function of their own machinery. Sawfilers themselves may not understand what is required of an operator to run the machine or the technical limitations of the equipment. This is where actually utilizing communication skills becomes necessary.

A meeting of all the concerned employees on a Saturday when the mill isn’t running to educate each other on respective concerns and to discuss the best way to communicate difficulties would pay dividends that would far outstrip the few hours overtime and the half dozen pizzas it would take to accomplish. It sounds very Koombaya, but try it, it may be the start of your harmonious workplace.