Lumber prices rose yet again for the week ending May 14; however, volumes sold were lower as customers refused to pay the higher prices. Those who needed wood for ongoing projects or purposes that could not be delayed sought out the specific products they needed only and paid whatever the asking price was. Accepting delivery as soon as possible was more important to them than price. However, actual sales were down because buyers did not accept how high prices have become. Does it mean we have reached the top? Perhaps. Does it mean prices will start going down? Possibly; but, more likely it means prices will flatten out at least for a while until the wood still in the supply chain that customers have been waiting for arrives at its destination. Currently, sawmills are selling lumber that will go into production in late-June, with delivery times approximately three weeks after that.

U.S. housing starts and permits for April were down so slightly from March they are basically flat, but compared to one year ago, U.S. construction activity is up a lot. This ongoing strong building underscores high materials prices – not just lumber, but all building materials. Next week, updated home sales and house price data will provide a better picture of expected construction projects for the summer. If the real estate market continues red-hot, and house prices stay up or go up higher, there is no reason for lumber prices to soften any time soon.

Conversations in the Western S-P-F market among players in the U.S. were largely dominated by Futures activity and buying hesitation caused thereby. After reaching dizzying heights which surpassed cash by a good $200, toward the close of the May contract, lumber Futures on the Chicago Mercantile Exchange corrected down to roughly cash levels.

Western S-P-F producers in Canada described tangibly quieter demand, especially on Monday and Tuesday. Buyers were extremely cautious following confusing Futures board activity early in the week, but there were still plenty of folks in need of wood, and certainly more than enough to keep demand well ahead of supply. 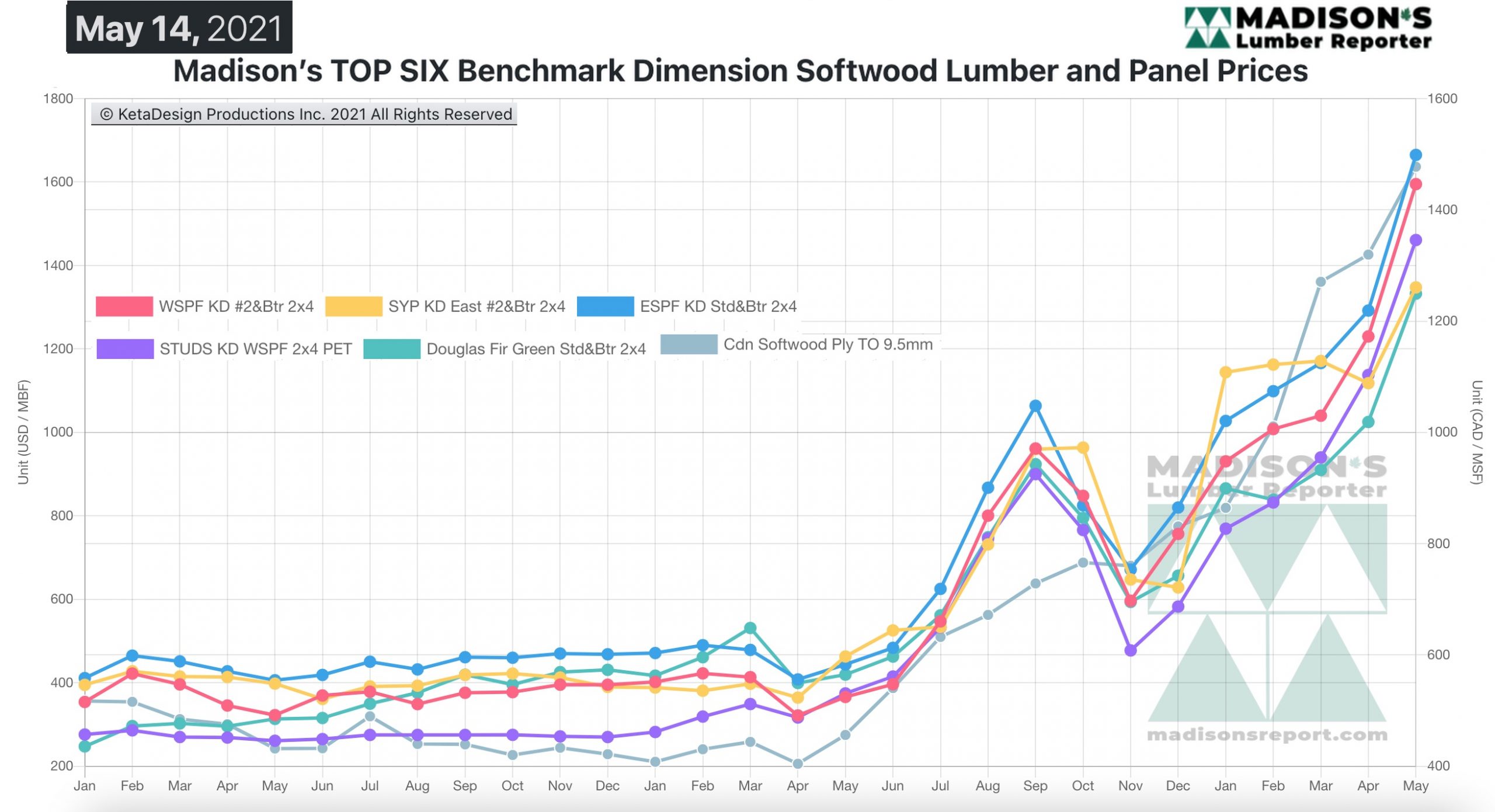 Continued price increases were outright rejected by customers, but there were enough who absolutely needed to buy that prices pushed up further, albeit on rather low sales volumes. In the week ending May 14, 2021 the wholesaler price of benchmark softwood lumber commodity item Western S-P-F KD 2×4 #2&Btr was US$1,650 mfbm. This is up by +$90, or +5%, from the previous week when it was $1,550.

“Traders of kiln-dried Doug-fir lumber and studs scratched their heads as what they described as sporadic Futures board movement made everyone pause briefly this week. A number of distributers dropped their prices significantly and made aggressive moves to avoid holding high-priced wood if indeed the market was on a downward trend.” — Madison’s Lumber Reporter 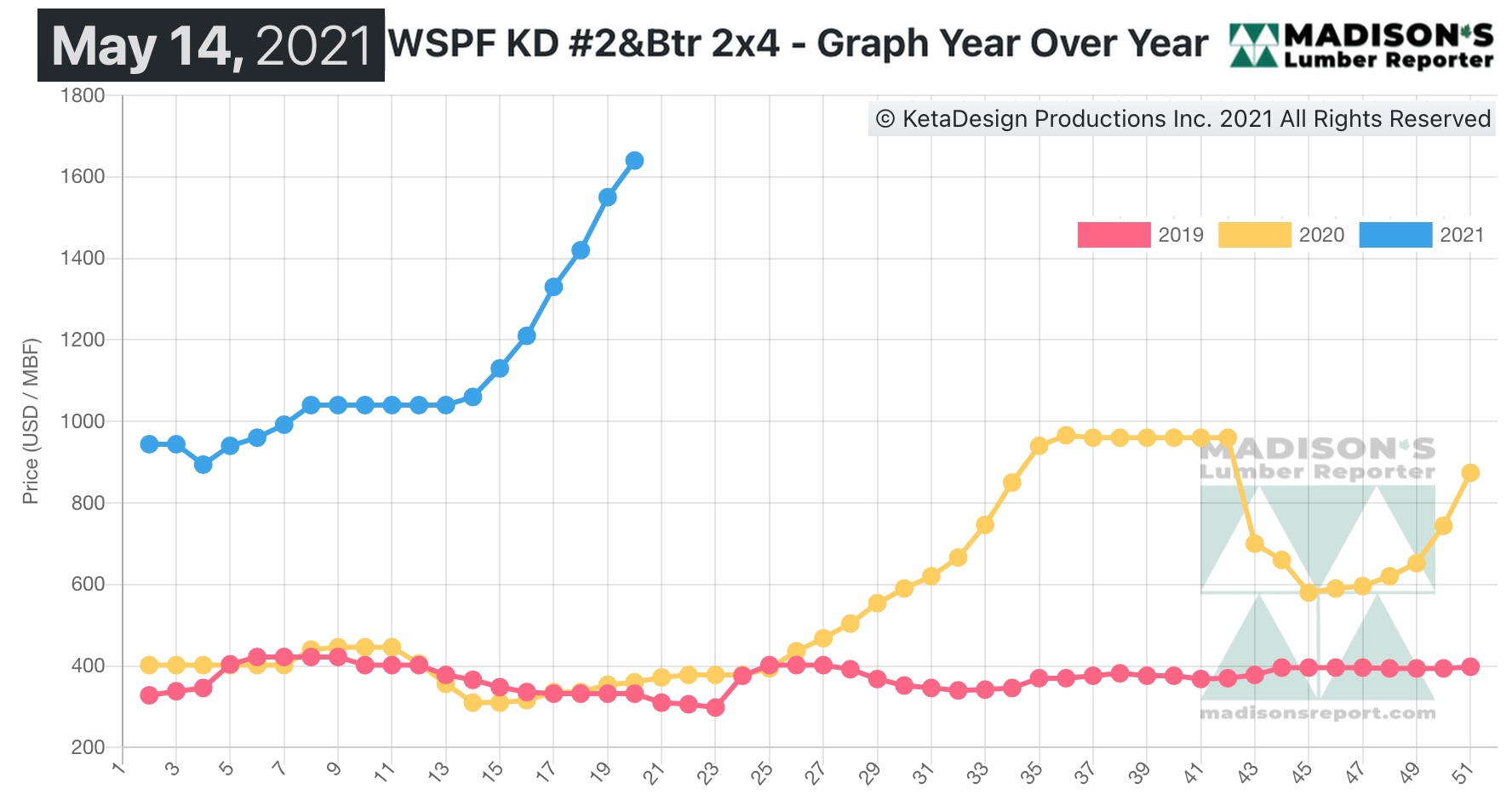