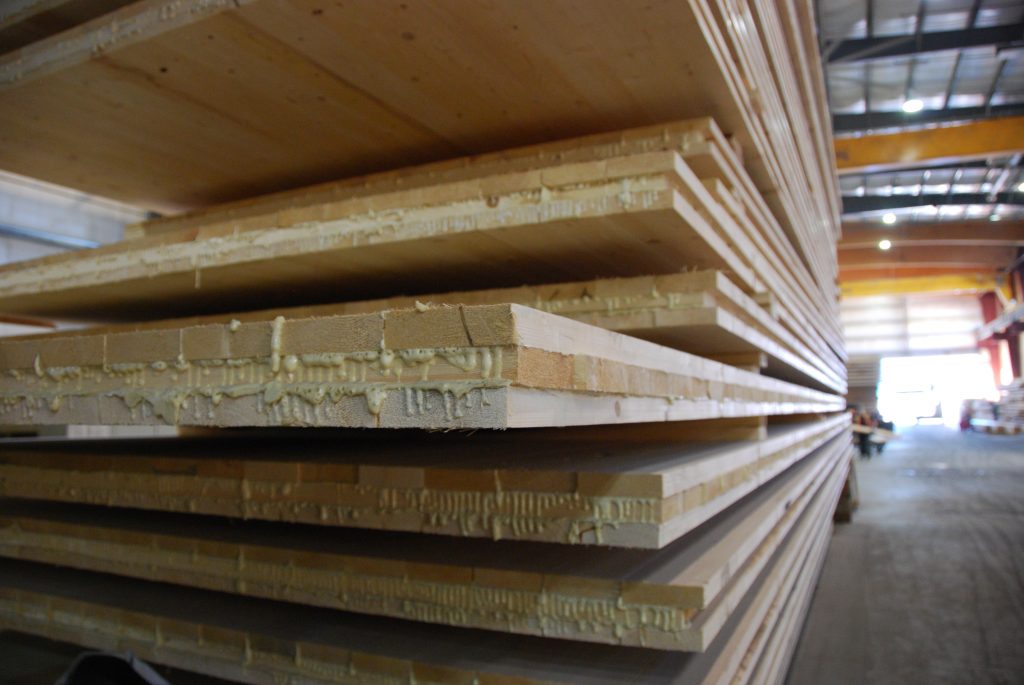 At Structurlam’s plant in Okanagan Falls, B.C. today, B.C. Premier John Horgan announced that the province will be the first in Canada to allow the construction of tall wood buildings up to 12 storeys.

“We’re not waiting for the rest of the country to get here,” Premier Horgan said. “We already know that the product that we’re building here is fire resistant. We know that we can build faster and we know that it’s better for the environment.”

The construction of 12-storey mass timber buildings will be approved in the National Building Code in 2020. According to Premier Horgan, if the province waits until then, it would take an additional year or two before it is approved in B.C.

B.C. Minister of Municipal Affairs and Housing Selina Robinson also spoke at the event, explaining how constructing mass timber buildings up to 12 storeys can help solve B.C.’s housing crisis. More housing can be built quickly because large sections of tall wood buildings can be manufactured in a plant, and then assembled on site, she explained. This will speed up construction time while also reducing greenhouse gas emissions.

“Mass timber buildings have the potential to be just as safe as any other building, and local governments can rest assured that the standards that will be used here have already gone through a thorough review at the national level, including the structural strength and fire safety,” Minister Robinson added. “To further ensure safety in case of a building fire, the mass timber will be surrounded by fire resistant material and sprinkler systems we require of tall wood buildings.”

“We have had two of the worst fire seasons in our history in 2017 and 2018 – two million hectares of merchantable timber up in a puff of smoke,” he said. “We have a dwindling fibre basket. We have less wood today than we did 20 years ago. So, if we’re going to continue to be a province that depends on forestry – which we will be – we need to make sure that we’re adding more value, not more volume to our production.

According to Premier Horgan, the province will mandate that B.C. wood products are leading the way in this move towards mass timber.

“Structurlam is very fortunate to be igniting a mass timber revolution across Canada and across the U.S.,” added Hardy Wentzel, Structurlam CEO. (For more insights about Structurlam’s mass timber operations, click here).

“In addition to today’s news, and the commitment to B.C.’s economy, and with further support, our ability to fuel this economy and create jobs through innovation and mass timber, I think there’s a lot more ahead than what’s already in the rearview mirror,” Wentzel concluded.