Through the program, Resolute Forest Products was able to hire Ukrainian immigrants in their plants this past summer. 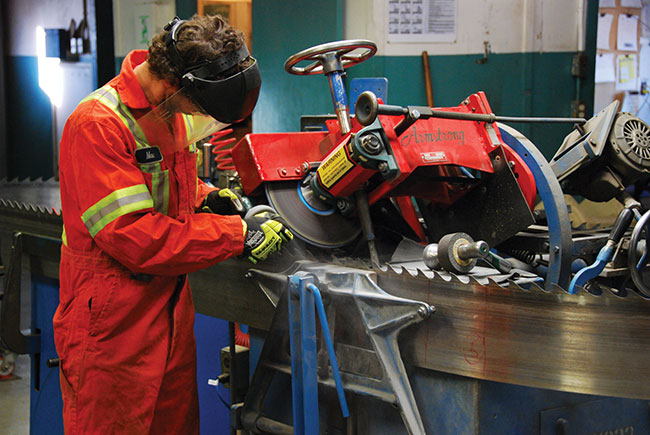 Walter Warywoda, president of the Thunder Bay branch of the League of Ukrainian Canadians, says it’s not just Ukrainian refugees escaping the war that are integrating into the community, but many Ukrainian people arriving from other parts of the world. Some of these Ukrainians are skilled workers who have been working in other countries and have come to Canada at the urging of a friend or family member.

Ukrainians arrive in Canada under many immigration processes with the Canada-Ukraine authorization for emergency travel (CUAET) being one. The Canadian government program supports the people of Ukraine and their families with extended temporary status so they can work and study in Canada until return to the Ukraine is safe.

A three-year Rural and Northern Immigration Pilot (RNIP) project that is administered by the Thunder Bay Community Economic Development Commission (CEDC) has been extended to 2024 along with an expansion of the original catchment area. The pilot project has assisted 213 eligible employers to recruit or retain more than 500 skilled workers since its inception in 2019. That reflects more than 700 newcomers, including the applicants and their accompanying family members, that arrived in Thunder Bay and the district.

“Immigration, Refugees and Citizenship Canada is truly trying to see if this makes a difference,” Pratt said. “We’re going to be measured to determine whether or not (the pilot) is a success, if it becomes a permanent pathway or just ends at the pilot stage, and the retention will be part of that.”

Through the RNIP program, Resolute Forest Products was able to hire Ukrainian immigrants in plants they have in Atikokan, Ignace and Thunder Bay this past summer. The company has a goal of hiring roughly 300 international workers to fill the open positions in both Ontario and Quebec. At least 50 of these international workers are from Ukraine.

The first two Ukrainian employees were hired at the Atikokan plant on June 20 and there are now 32 at the plant with the last one hired on Monday. There were 10 hired at the Thunder Bay sawmill and six at the Ignace sawmill last summer. Resolute’s immigration hiring project has seen more than a 90 per cent job retention.

“Many of our Ukraine employees are seeking long-term strategies as they settle so they may continue to call the community and Canada their new home,” said Louis Bouchard director of public affairs and government relations with Resolute.

Sandi Krasowski is a Local Journalism Initiative reporter for The Chronicle-Journal.