Oct. 20, 2017 - The Forest Stewardship Council (FSC) Canada strongly endorses the call for a chapter to be added to the proposed renegotiated North American Free Trade Agreement (NAFTA) that recognizes and calls for the rights of the Indigenous Peoples of North America to be respected, according to the terms of the United Nations Declaration on the Rights of Indigenous Peoples (UNDRIP).

FSC is reacting to the announcement on Oct. 18, 2017, that the National Congress of American Indians had passed a resolution at its annual meeting, backed by the Assembly of First Nations (AFN) of Canada, to support the inclusion of a chapter in a renegotiated NAFTA that references UNDRIP and ensures a final new NAFTA deal doesn't negatively impact Indigenous rights.

UNDRIP was adopted by the United Nations in 2007 and all three countries in NAFTA – Canada, United States and Mexico – have ratified and support its terms. FSC Canada has taken a leading role in the whole natural resources sector by recognizing the key role Indigenous Peoples have to play in forestry activities on their territories. FSC is the only forest certification body to support the provisions of UNDRIP with regards to Free, Prior, Informed Consent.

Along with the Economic, Environmental and Social Chambers, FSC Canada also has an Aboriginal Peoples Chamber that deliberate on the elements of the standards required for forests to achieve FSC certification as being responsibly managed for sustainability.

"Having a chapter in NAFTA recognizing the pivotal role Indigenous Peoples should play in the economic development of North America would be an important step forward for all three countries to live up to their obligations under UNDRIP and assist in the protection of Canada's forests through responsible development," said François Dufresne, president of FSC Canada. "We fully support this effort of the AFN and its American counterpart."

Roughly 20 per cent – 55 million hectares – of the managed forest area in Canada is FSC certified. But irresponsible forestry can be a major threat to Indigenous Peoples and the environment. If all of that activity was required to meet FSC standards, that risk would be greatly mitigated, including protecting the rights of Aboriginal peoples as well as forest species at risk such as woodland caribou.

The FSC standard offers a solution for Canada to properly implement its commitments to both UNDRIP and the Nagoya convention for biodiversity protection. 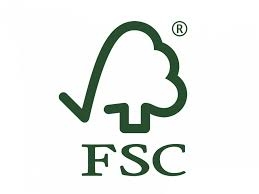