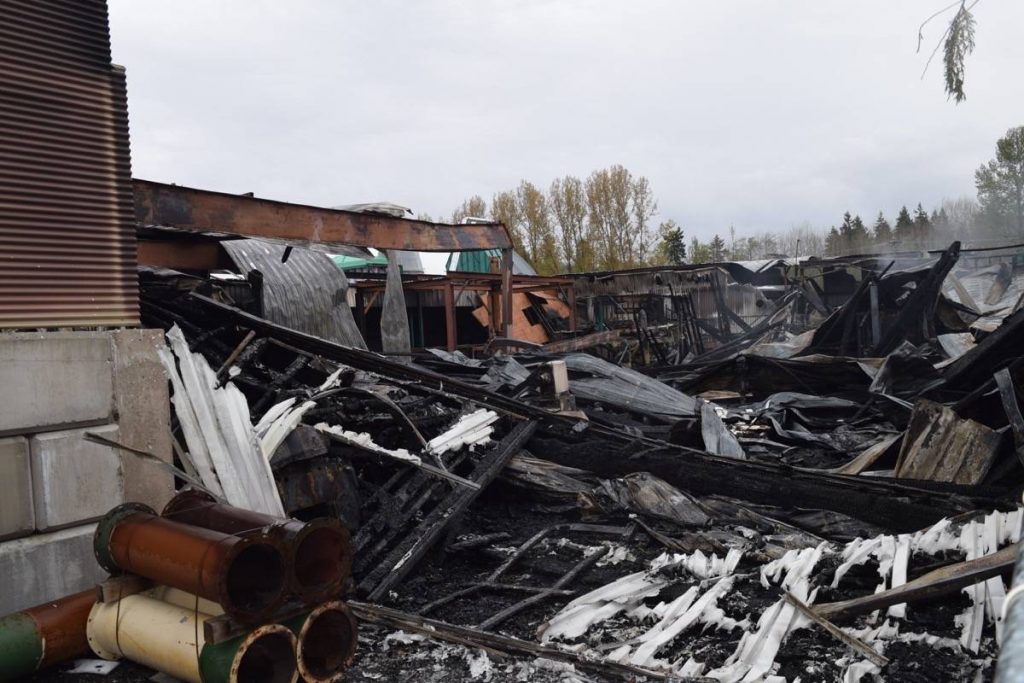 On Wednesday, April 29, an industrial fire was reported at a San Group remanufacturing plant in Port Alberni, BC. The fire was first spotted by a passerby and it is not known if anyone was on site at the time of the fire, reports the Campbell River Mirror.

PAFD on scene of an industrial fire in the 4000 block of Stamp Ave. Stamp Ave will be closed in both directions. #portalberni #structurefire pic.twitter.com/mfo0TvEVdo

San Group owner Kamal Sanghera said the fire is just a minor setback for their remanufacturing facility and that they lost a couple of machines. The building that burned down had housed a finger jointer.

“It’s one step backward,” said Sanghera. “But we’ll turn it into a positive.”