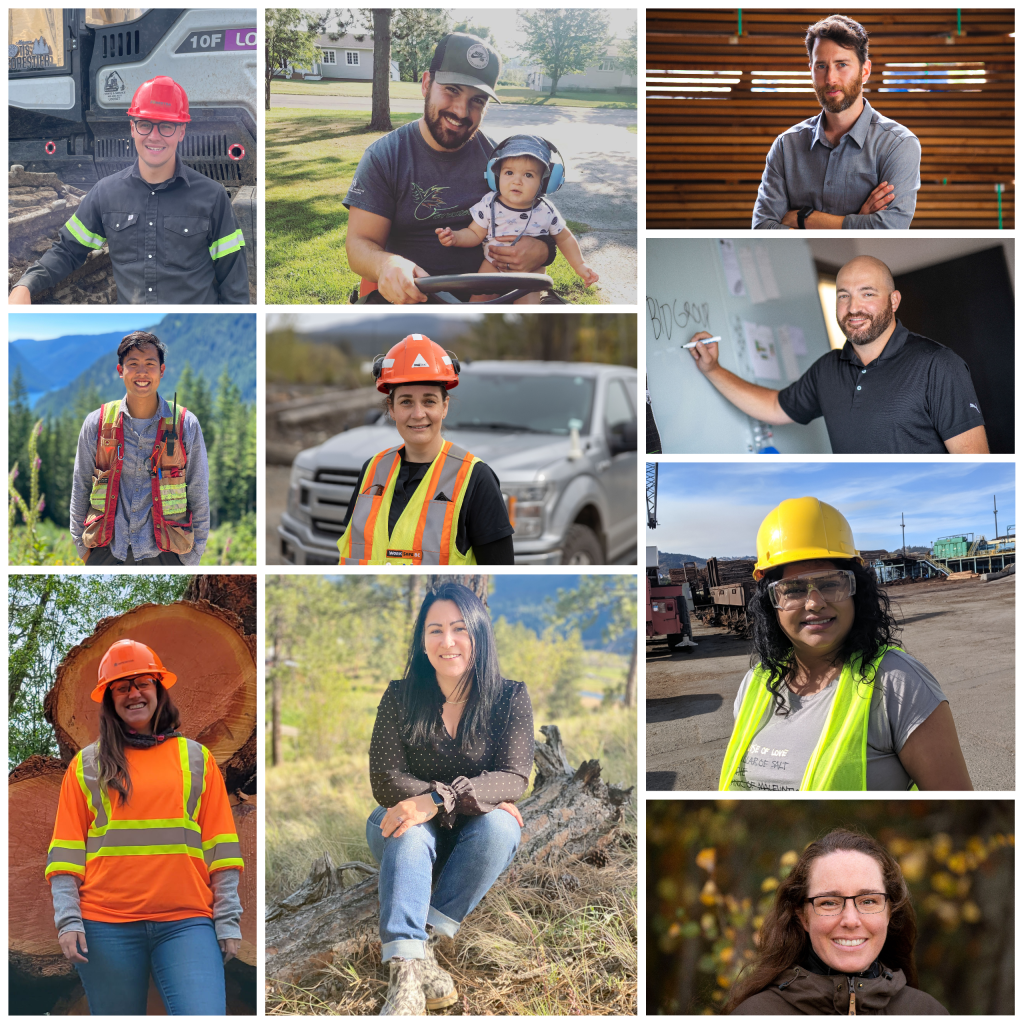 This year marks the 10th edition of CFI’s Top 10 Under 40 award, where we celebrate the bright young champions of our industry.

Hence, we are very proud to present this year’s top of the crop – our industry’s young leaders, innovators, change-makers, mentors who achieved so much at a young age, inspiring others, and giving back to their communities. 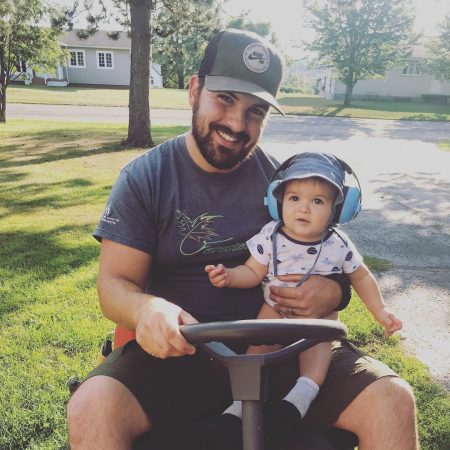 Stephane started his career as a summer student at Acadian Timber in 2012, and continued to thrive to his current role of overseeing the planning and silviculture activities on Acadian’s private land holdings in New Brunswick and Maine.

“Stephane is always up for a challenge and is never afraid to explore new ways of doing things to make improvements in our operations,” says his manager, Jody Jenkins. “He has also been busy ramping up our silviculture program, including looking at new ways to assess regenerating sites using drone-based remote sensing.”

The 28-year-old is always eager to help colleagues and to mentor new employees and was instrumental in the development of Acadian’s in-house harvest survey and assessment phone application. He also completed a refresh of its New Brunswick forest management plan and is implementing LiDAR inventory techniques to improve operational planning at the Maine forest.

Stephane is also an active member of Acadian’s forest advisory committees and has been a member of the organizing committee of the provincial francophone teachers tour since 2018. 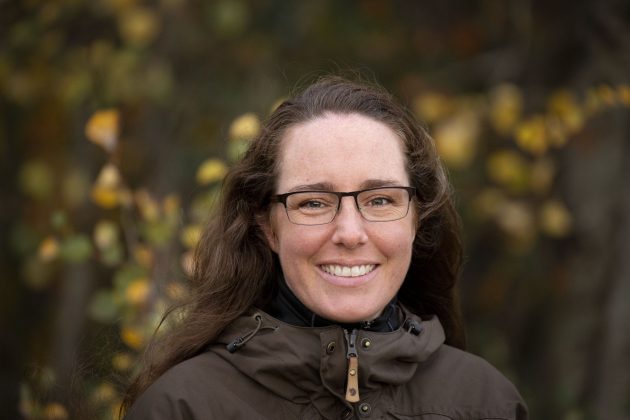 With 14 years of experience at Tolko, Dianna works closely with 16 divisions across the company, determining ways they can improve their operations – whether it be in safety, production, efficiency, or employee engagement.

The 39-year-old has become the go-to resource for solving some of Tolko’s most complex problems. She is also responsible for the co-ordination of Tolko’s wide data gathering system and was involved with the implementation of a new standard that will drastically improve the safety of workers in and around electrical systems. The UBC alumnae is also involved with bringing up the next generation of sawmill leaders, as she works with BCIT to develop and enrol people in their wood products programs. As well, she is leading a project with UBC engineering students to find innovative alternatives for wood ash.

“Dianna is the unsung hero of our industry, and she deserves this recognition 10 times over,” says co-worker Jessica Rempel. “She is always striving to make improvements wherever she goes … and is the kind of person that makes you feel like you can accomplish your goals and she will give you the support you need to do so.” 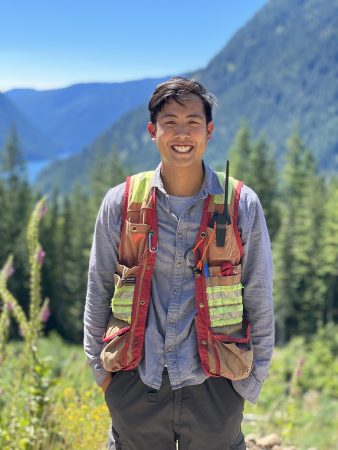 In the last year, he has found that using drones with video and photo capabilities allows them to map out slopes, roads, waterways, trees, and other data to generate 3D models that can be viewed on computers back in the office, instead of hiking and manually mapping from the ground.

“Calvin’s application of drones, cutting-edge 3D mapping, and other technologies is playing a huge role in the modernization of our approach to how we work in the forest,” his manager John Pichugin says. Calvin is working with the company’s geographic information system specialist to develop standardized digital forms for inspections. By moving to a digital form, foresters can enter reports in a standardized manner on a tablet right at the site, which avoids errors and standardizes reporting.

“Calvin is part of the next generation of foresters carrying that approach into the future. His knowledge is benefitting Teal Jones today and will carry us into the future.” 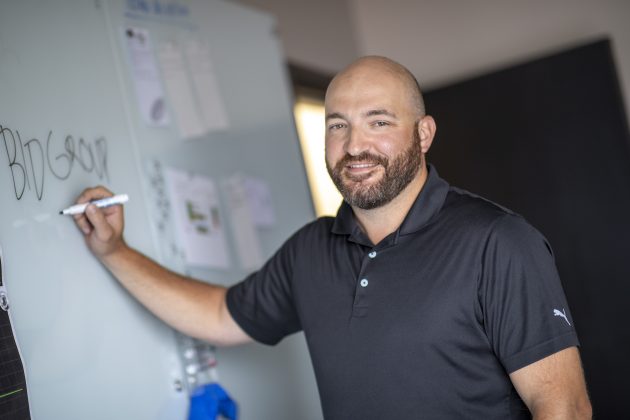 The 38-year-old Maxime has been a leader in the making since his student days at CEGÉP Lévis-Lauzon while taking up mechanical engineering and ending up being in charge to lead group projects and teams throughout the three-year program.

In 2004 and at only 20 years old, he was hired as a draftsman at Comact, but was quickly offered a position in internal sales, which would be a turning point in his career. Despite the forestry crisis at the time, he was very successful in building strong customer relationships and making key sales throughout North America. His greatest achievements: his involvement in the modernization of one of the largest sawmills in Eastern Canada, as well as the sale of the first optimization and grading systems with defect detection in hardwood. He steadfastly climbed up the ladder, taking a management role and eventually being appointed senior VP of customer service and sales.

“At this young age, he already has an in depth understanding of the sawmilling business and the drive necessary to make sure BID is taking all actions necessary so that our customer base is served the way they deserve to be served. Maxime is a key element in supporting the growth of our company across North America,” says his boss Simon Potvin, BID president for wood processing. 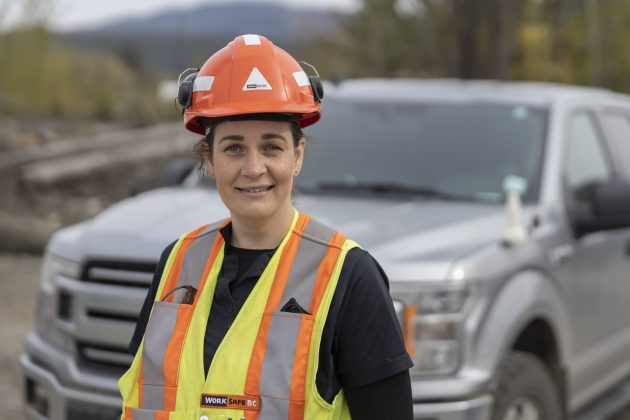 Caity is a registered forest technician who currently co-leads WorkSafeBC’s silviculture high risk strategy, where she executes focused and impactful inspections in areas that represent an exceptional risk to workers.

“For Caity, it’s all about ensuring workers go home safely at the end of the day. She is well-respected within the industry and has made a measurable and positive impact because of her commitment,” says her manager Budd Phillips.

The 35-year-old safety expert has been featured numerous times in various media, has authored many articles about safety, and presented extensively at industry events.

Described as an amazing human being by her friend Collette Donnelly, Caity is involved in programs that give local school kids hands-on experience in the industry, as well as initiatives towards improving equity, diversity, and inclusion in forestry—including advancing opportunities for women.

The University of Guelph alumnae completed the forest technology program at the Northern Alberta Institute of Technology. 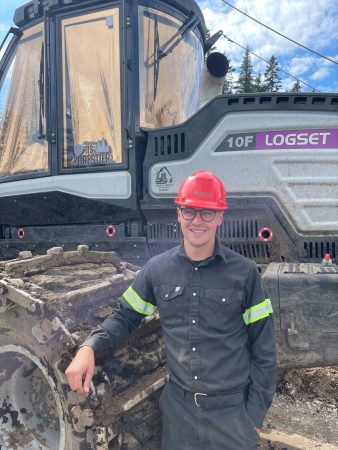 Maxence grew up in the forest industry, having a father who was a log truck driver. It was no surprise then when Maxence decided to study forest technology in college and continued his education further to earn a professional certificate in logging and wood processing. After working as a planter and operator for various companies, he established his own logging company, Forestier Maxence Otis, four years ago at age 20.

Today, the logger is employing seven people, and says he needs to employ one more to allow for a night shift for one of his two harvesters. Currently, the young entrepreneur is equipped with Tigercat and Cat harvesters fitted with Ponsse H7 HD heads, and Komatsu and Logset forwarders.

Maxence’s passion for forestry is undeniable, says his spouse Maude Tremblay. At only 24 years old, “he does not hesitate to give back to others by giving other young people the chance to learn the trade.” 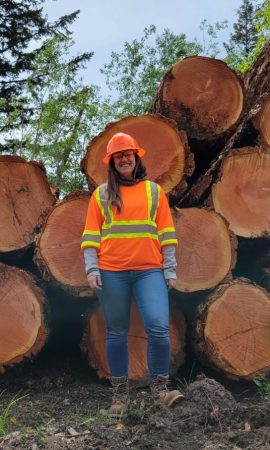 Stephanie has managed the implementation and maintenance of various certifications, including forest management, fibre sourcing, chain of custody and controlled wood for EACOM Timber.

The 34-year-old has been identified as a future leader within the company and has built and implemented an environmental management system for the manufacturing facilities. She has served as chair of the Central Canada SFI implementation committee for the past three years, and serves on the environment committees of FPAC and NCASI.

Stephanie is a provisional RPF in Ontario and is seen as a forest certification and sawmill environment expert within the Ontario forest sector. Stephanie also sits on certification advisory committees on the Timiskaming and Abitibi River forests.

“Under her leadership and through her pragmatic approach, she has provided guidance and advice in the achievement of dual certification and successful recertification for multiple and complex forests in northeastern Ontario. She has also been instrumental in the improvement of environmental management systems for these forests,” says colleague William Byman. 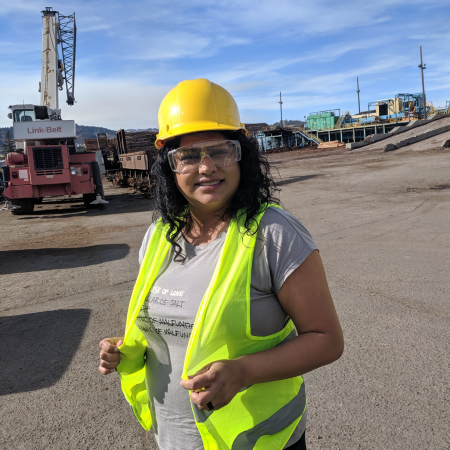 For almost 15 years, Monika has passionately advocated for a responsible approach to forestry and sustainable forest products. She provides strategic communications support on high-profile international projects and works to establish key strategic partnerships with major brands, retailers, and partners in Canada.

Monika works directly with FSC certificate holders, including brands, wood suppliers, and forest management companies to forge new relationships and explore ways to raise awareness for the work they do and the products they manufacture.

In 2021, the 38-year-old oversaw a full-scale international outreach campaign and a website launch to increase awareness for FSC and responsible forestry. The campaign reached almost 800,000 people in one week and featured an animated short film that won an award.

Monika is a collaborative leader, says colleague Elston Dzus. “Monika is creative and resourceful. She can always be counted on as a calming force even in the most rigorous debates.” 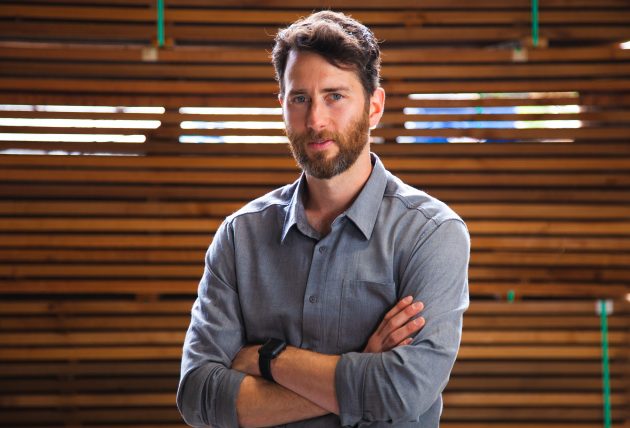 Jake was able to grow PowerWood – then a lumber wholesaling company started by his father in 1995 from the family basement – into the specialty manufacturing company it is today that employs 36 people.

A decade after purchasing the business with partners in 2011, Jake led the company through a $25-million expansion in 2021 that included bringing in new partners and successfully building a new wood manufacturing facility in Agassiz, B.C.

The 39-year-old entrepreneur and UBC alumnus is also the chairman of the Western Red Cedar Lumber Association.

“Jake has done a great job of bringing people together to effect change in our industry. He has a long history of bringing members of the industry together to innovate and improve the industry for all. Jake has been very active in consulting with the provincial government to advance forest policy,” says business partner Stewart Clark. 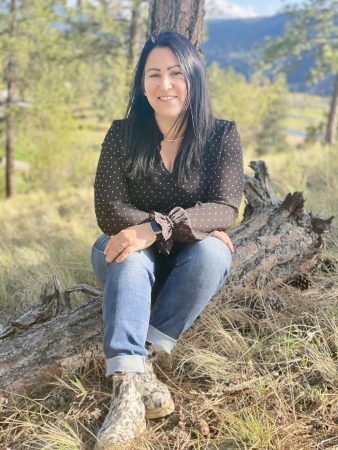 Over the years, Shelley has been recognized by her peers and various organizations for her business excellence and has become a trail blazer in the forest industry, leading and lighting the way for women and young entrepreneurs, and mentoring fellow business owners.

“Shelley takes a lot of pride in providing sustainable employment for her team and recognizes the impact and benefits that the local community receives because of her continued efforts,” says husband and employee Rob Stewart. “She cares deeply for her crew, their families and well-being, the forest industry, and will continue to be a trendsetter, stand out, and rise to the occasion.”

Her future goals include being part of an organization committed to helping contractors better understand the logging rates, negotiations, and their overall financial review.

“She likes to say she drives the train, so get onboard or stay the hell off her track!”