Feb. 15, 2017 - The Ontario Wood Award is presented to individuals or organizations that have made outstanding contributions to the support and promotion of local wood. The 2017 Award was presented at Forests Ontario's Annual Conference, held at the Nottawasaga Inn in Alliston, Ontario. This year's recipient was Jeff Muzzi, Chief Forester at Ensyn Technologies, in recognition of more than forty years of work in forest management.

Throughout his career, Muzzi's work in Renfrew County has helped establish the region's reputation as one of Canada's leaders in sustainable forest management. This work in turn supports the development of local wood products and solutions.

Muzzi is a third generation forester whose career has encompassed a range of responsibilities, including forest firefighter, timber cruising, supervising logging operations, and supporting forest management operations throughout Renfrew County.

Recalling four decades in the field, during which the forest became something of a second home, Muzzi says, "I worked alone in the bush for months at a time, timber cruising, laying out roads and cut blocks." His memories include, "spending the night in a lake because I got caught in a forest fire and spending months living in a tent in wilderness areas."

Muzzi currently serves as Chief Forester at Ensyn Technologies, which produces pyrolysis oil from sawmill residue for use in heating and transportation operations. Muzzi ensures that all raw materials used in the process come from sustainably managed forests. Muzzi's work illustrates one of the many ways in which managed forests serve as the source of creative products and solutions. His work is closely tied to Forests Ontario's It Takes A Forest (ITAF) collaborative that delivers fact-based information to the public about the role of forests in growing our economy, addressing climate change and creating a healthier ecosystem.

As an early supporter of the ITAF collaborative, Muzzi is an instrumental voice in promoting the campaign to bring greater awareness to the countless ways in which forests and forest products have contributed to growth in the province and positively impacted the lives of Ontarians.

"The award winners at this year's conference have made an immense contribution to Ontario's forests," expressed Rob Keen, Forests Ontario's CEO. "Each award winner embodies the values of the It Takes A Forest collaborative by promoting and supporting all the values our forests provide, including building and sustaining healthy communities, and fighting climate change." 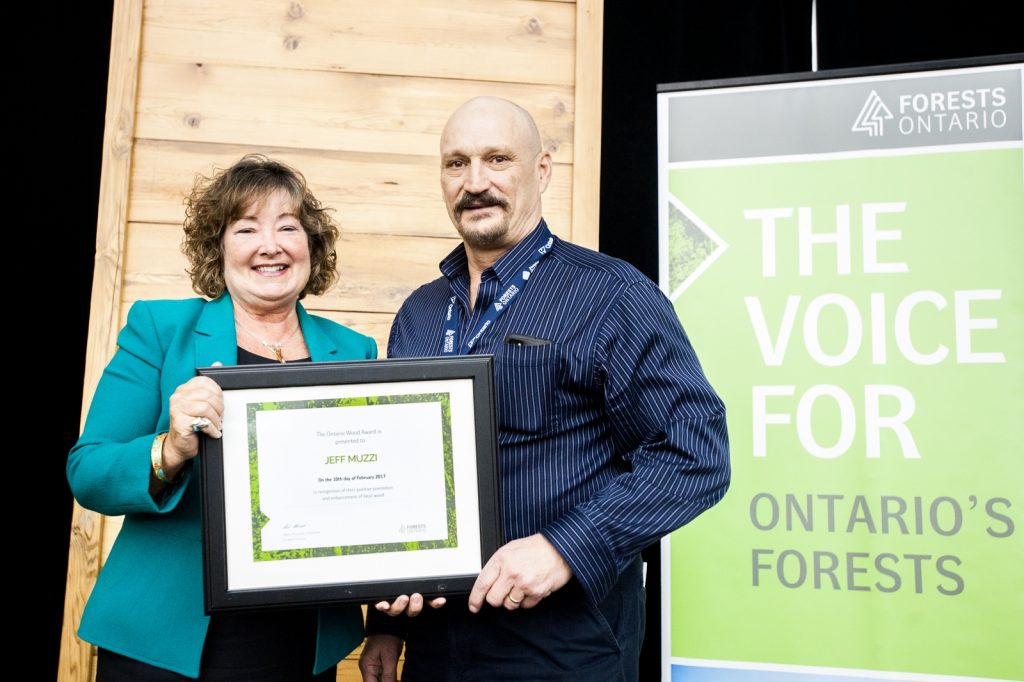