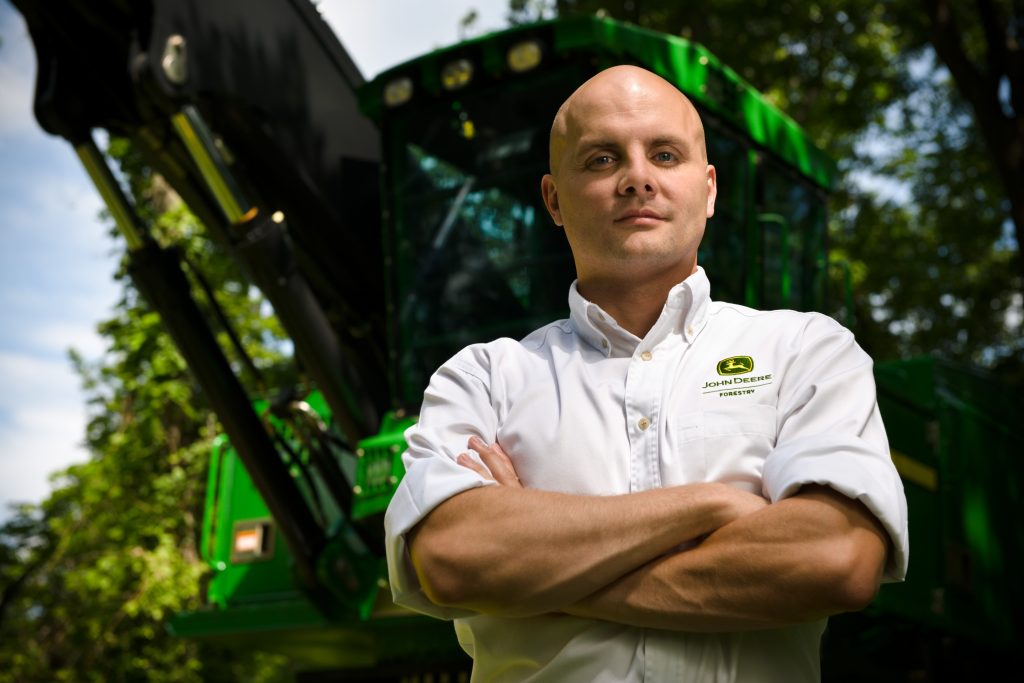 “Nate was selected because of his outstanding work serving as the chair of the membership committee implementing goals and targets that have put us on a path to success,” said ALC Executive Vice President Danny Dructor. “There has been a long standing recognition of John Deere and the working relationship they have with the American Loggers Council.”

Established in 1999, the President’s award is granted annually to recognize individuals who have continuously gone above and beyond with their service to the organization. American Loggers Council President Steve Sherich granted the award to Clark and California logger Myles Anderson for their dedication and accomplishments. Clark previously served as manager, tactical marketing for the construction & forestry division, and chair of the ALC membership committee.

“It’s truly an honor to be recognized by such an influential and important organization,” said Clark. “The American Loggers Council is the unified, national voice for professional loggers across the United States, and it plays a vital role in protecting and enhancing an industry and way of life essential to many of our rural communities.”