May 31, 2013, Sweden – John Deere is presenting the world’s first forwarder with crane tip control at Elmia Wood June 5 to 8, in Sweden. The crane tip control system involves letting a computer calculate which hydraulic valves and cylinders need to be operated and by how much, instead of an operator doing it manually.

Many tests have been done and many manufacturers have tried to introduce the system onto their machines but with no success until now. For six months two forwarders equipped with the Intelligent Boom Control system have been doing trials in Sweden 100 kilometres apart from each other and without their operators knowing about the other machine.

The tests have been very successful and Deere says that the IBC system with its crane tip control system is predicted to become an important work tool in forestry operations.

“The operator can process more cubic metres per hour and the haulage cost out to the roadside is reduced,” says Anders Strömgren, head of the Swedish sales company John Deere Forestry AB. “Productivity goes up and costs go down.”

Visitors to the trade fair can go to a showing of the new IBC system and will get the chance to test drive an IBC-equipped forwarder at the John Deere monitor. 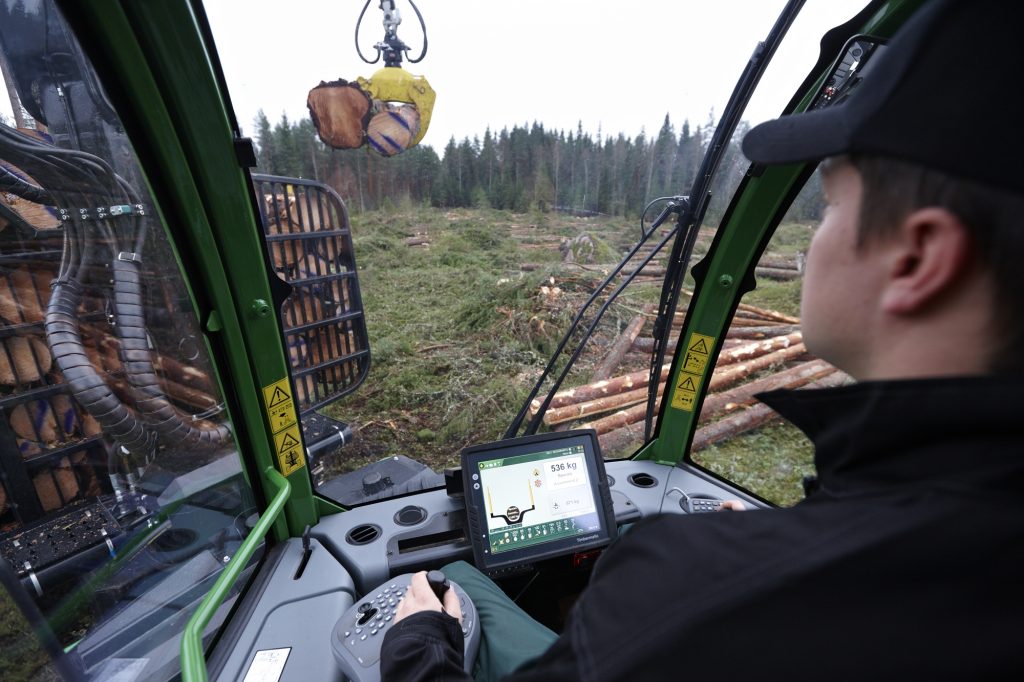