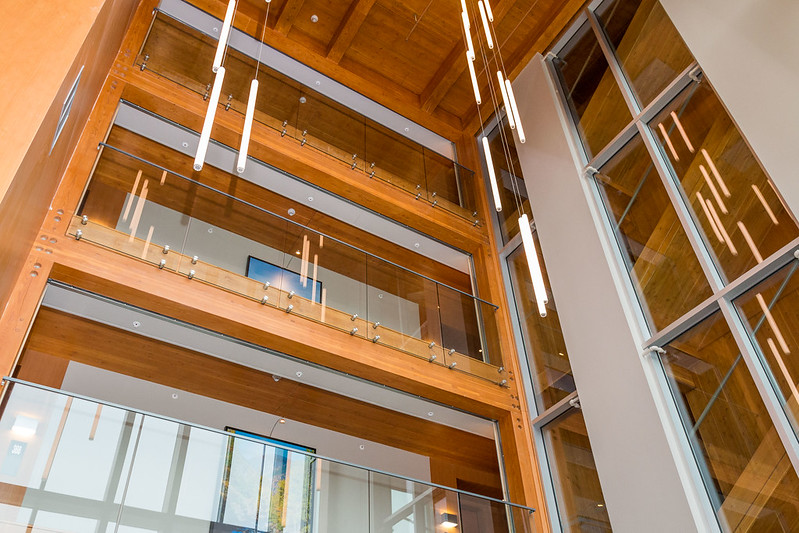 The Penticton Lakeside Resort was completed in June 2017, with engineered wood supplied by Structurlam, a local B.C. supplier. The new 70-unit hotel is constructed of mass timber, and as of 2017 is believed to feature the most extensive use of cross-laminated timber of any building in the Okanagan Valley. Photo: Flickr/Province of British Columbia.

The Ramada Hotel in Kelowna, B.C., is proposing to expand its footprint with a 12-storey tower constructed of cross-laminated timber.

If approved by the city, construction on the tower could begin next summer.

Hotel manager David Prystay told Kelowna Capital News that the building will have a unique mass timber construction, with both the elevator shaft and fire escape built with wood.

In September, the City of Kelowna signed on to become early adopters of permitting mass timber buildings up to 12 storeys, up from the current allowance of six storeys.