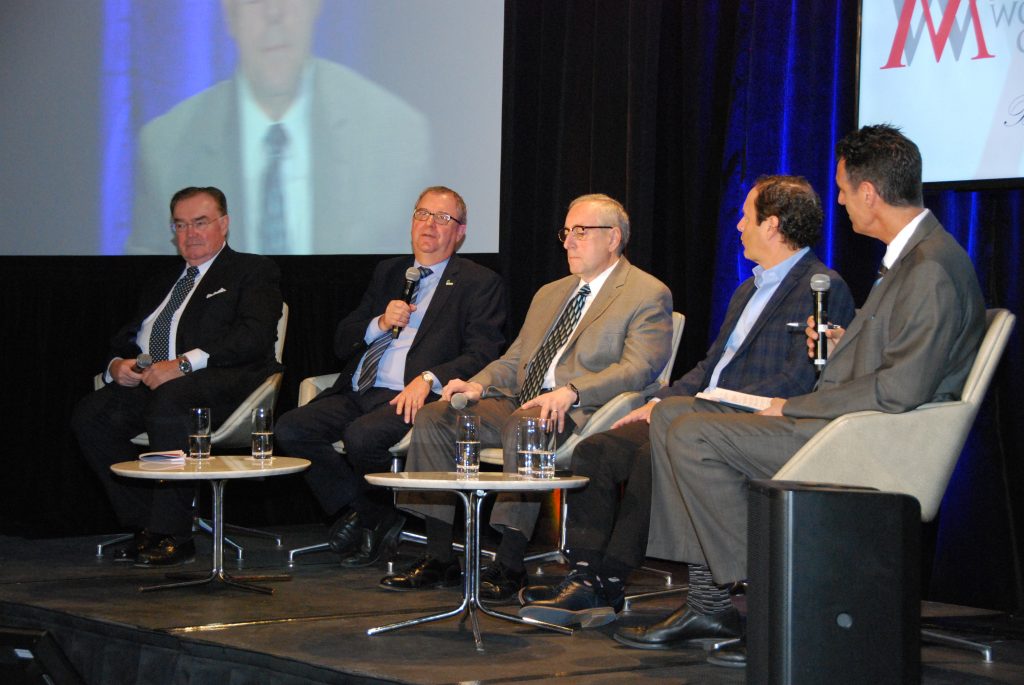 From economists to lumber producer CEOs, the North American-wide labour shortage was a high priority for speakers at the Montreal Wood Convention (MWC), which wrapped up yesterday at the Fairmont Queen Elizabeth hotel downtown Montreal.

While there was evident optimism about the state of the industry in 2019 in terms of lumber prices and demand, discussions frequently circled back to the growing need for skilled and unskilled labour in sawmills across Canada and – even more keenly – the U.S.

National Association of Home Builders (NAHB) chief economist Robert Dietz opened the conference with a U.S. housing outlook. Single-family starts are back on the rise after a decline last fall, however, housing affordability concerns are expected to hamper home sales this year, he said. High lumber prices and labour shortages are among the factors driving home prices up.

Changing demographics explain both the continuing demand for single-family construction and remodelling, as well as the labour shortage, Dietz explained. Baby boomers are retiring en mass and the next generations are not filling the employment void as fast as it’s being created. At the same time, millennials are reaching the home-buying age, which will boost demand over the next several years, he said.

To counteract high home prices, the NAHB expects trends such as smaller home sizes, more townhouses, and a larger focus on modular construction.

Ready to meet the modular demand is Entekra – an integrated design, engineering and manufacturing company for residential and commercial construction. CEO Gerard McCaughey said his company’s off-site approach to building construction is a solution to the labour shortage in the U.S.

“Is there a labour shortage, or is it an antiquated process to home building?” McCaughey asked the crowd. “Our objective is to build the house before it ever goes to the site.”

Crunching the numbers, McCaughey said the Entekra home-building process is a 507 per cent increase in productivity compared to on-site stick frame construction.

Speaking as part of the CEO panel, Stephen Sallah, CEO of U.S. forest and building products co-operative LBM Advantage, shared an anecdote about a builder in the U.S. Midwest who was able to build twice the number of houses in a month using pre-fabricated building materials. “I’m pretty optimistic about that,” he said.

Sallah believes demand for lumber is stable in the U.S. in spite of the high prices. “I think the market still has a lot of tail winds to it. I’m a bit bullish in that. Our dealers have benefited from the R&R markets,” he said.

“Our wood costs went up since the new [Quebec forest] regime in 2013 by about 36 per cent per cubic metre. About 90 per cent of that is stumpage. That creates a big issue on the supply side, which puts our industry in Eastern Canada as less competitive,” Laflamme said. “To me the worst challenge we have in Eastern Canada is forest supply; same thing in Northwestern Ontario.”

In B.C. supply is also concerning, Shields said, noting that delivered log costs went up for Conifex 19 per cent in 2017 and 20 per cent in 2018. The softwood lumber tariffs are preventing the industry from addressing those supply challenges, he said. “We paid $35 million in duties since they started . . . we can’t afford to go into the low-value stands,” Shields said.

“It’s clear to me the sawmill industry is going to invest in technology to make up for the shortage of labour. We prefer to put our capital in machine centres to train our people rather than on the turnover of entry-level jobs,” Shields said.

More than 1,000 attendees took part in this year’s MWC, which brings out lumber and panel producers from across Canada and the U.S., as well as a large contingent of North American and overseas buyers.

Sven Gustavsson, manager of softwoods for the Quebec Wood Export Bureau and MWC event manager, said networking is an important component of the annual convention. “A large chunk of our show attendance is those who do daily business over phone or emails but rarely meet in person. It’s good to do that once a year,” he said.

Next year’s Montreal Wood Convention will be held March 24-26, 2020 at the Fairmont The Queen Elizabeth. 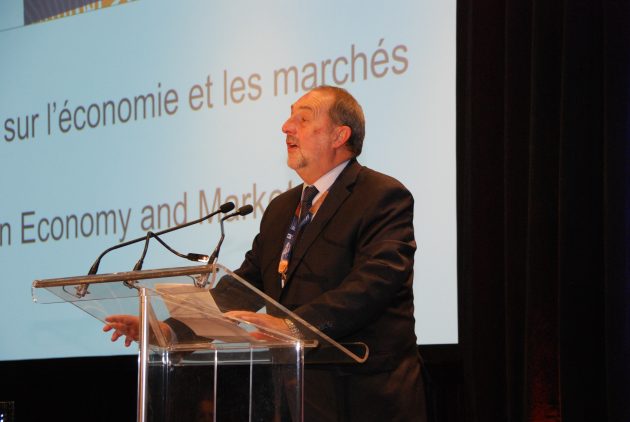 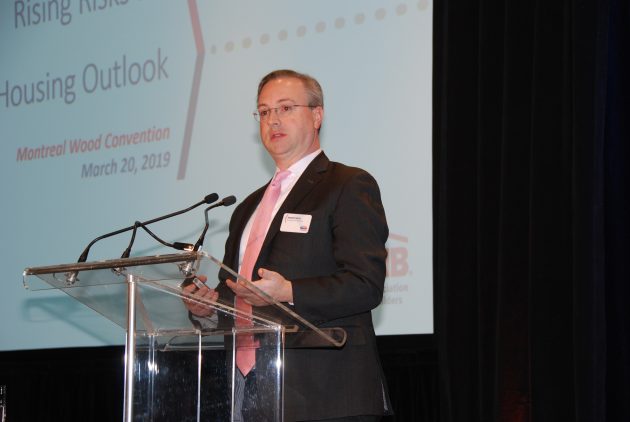 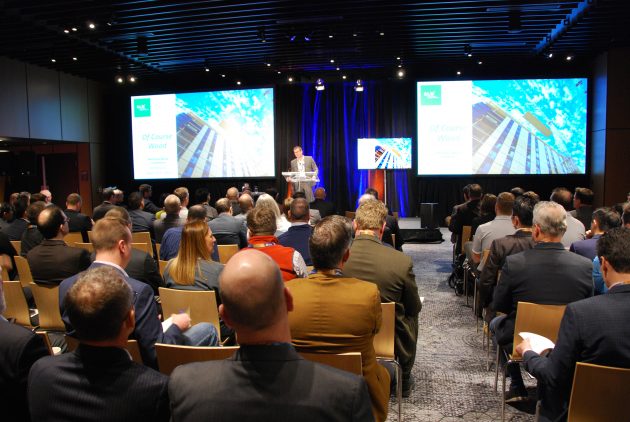 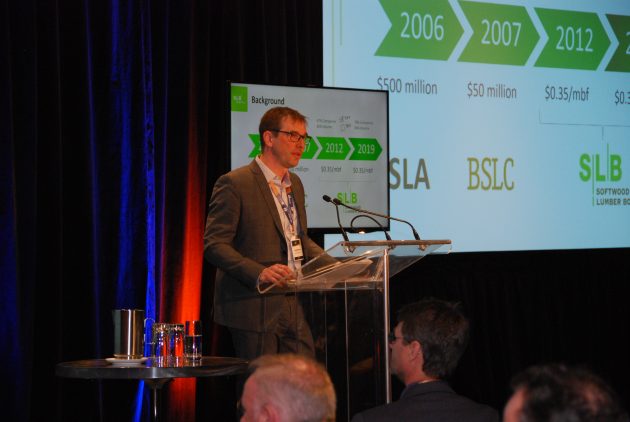 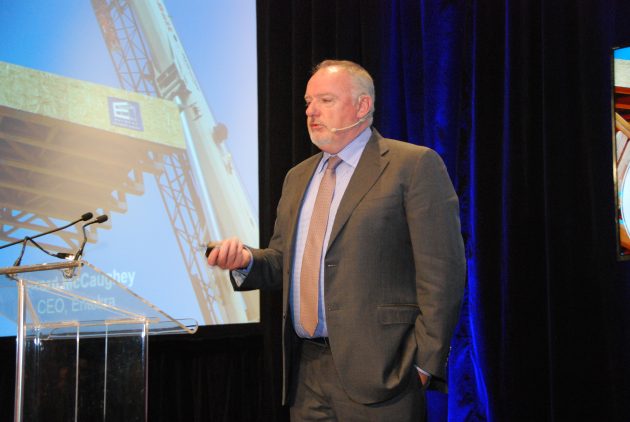 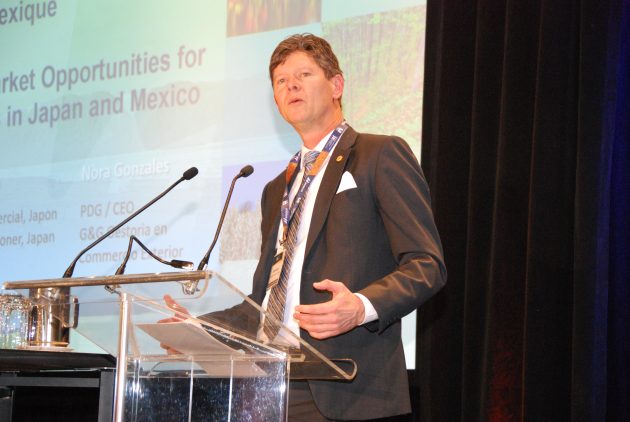 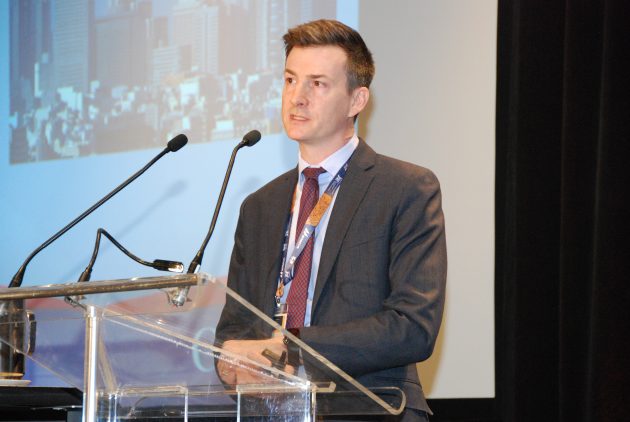 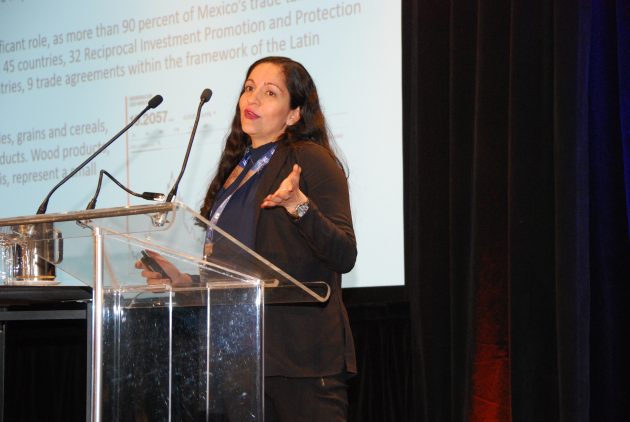 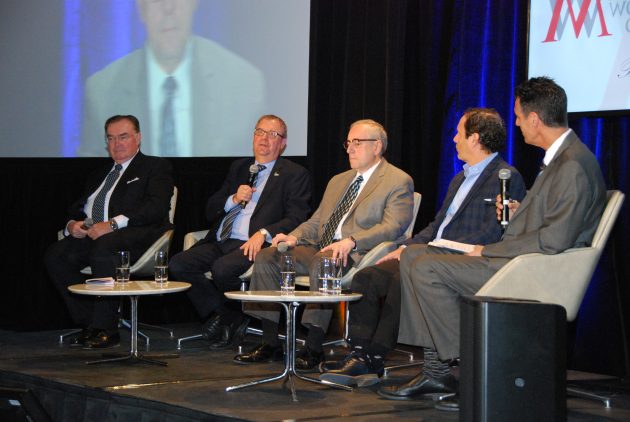