The old sawmill at Lakeland exploded and burned to the ground last April and Lakeland announced in March that it would be rebuilt.

“It was a terrible thing that happened last year, but it feels good to be getting on with construction,” said Ed Langan, a loader operator with Lakeland. “I’m looking forward to the new mill opening next year,”

“This new sawmill will be a specialized, future-looking mill that will meet the needs of our employees from the perspective of health, safety and a welcoming working environment,” said Greg Stewart, president of Sinclar Group Forest Products, a division of Lakewood Mills.

Foundations are already being poured for the new mill, which marks the start of construction. The mill is expected to open by late summer 2014.

The mill will continue to produce stud lumber, with the ability to manufacture metric lengths in addition to the American Lumber Standard. It is expected to have a capacity of approximately 200 million board feet. It will be integrated with the existing planer mill, which is still operational, and the energy system Lakeland operates in partnership with the City of Prince George. 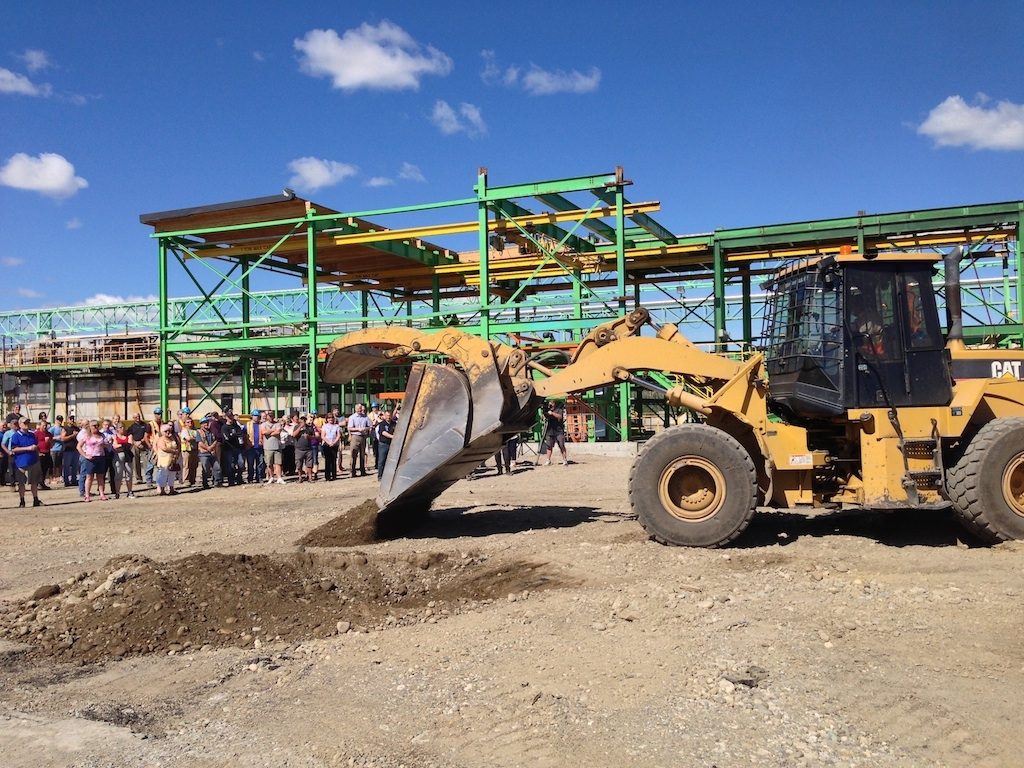 Lakeland employees and families were on hand for the groundbreaking. Construction has officially started on the new Lakeland Mills sawmill in Prince George
Print this page