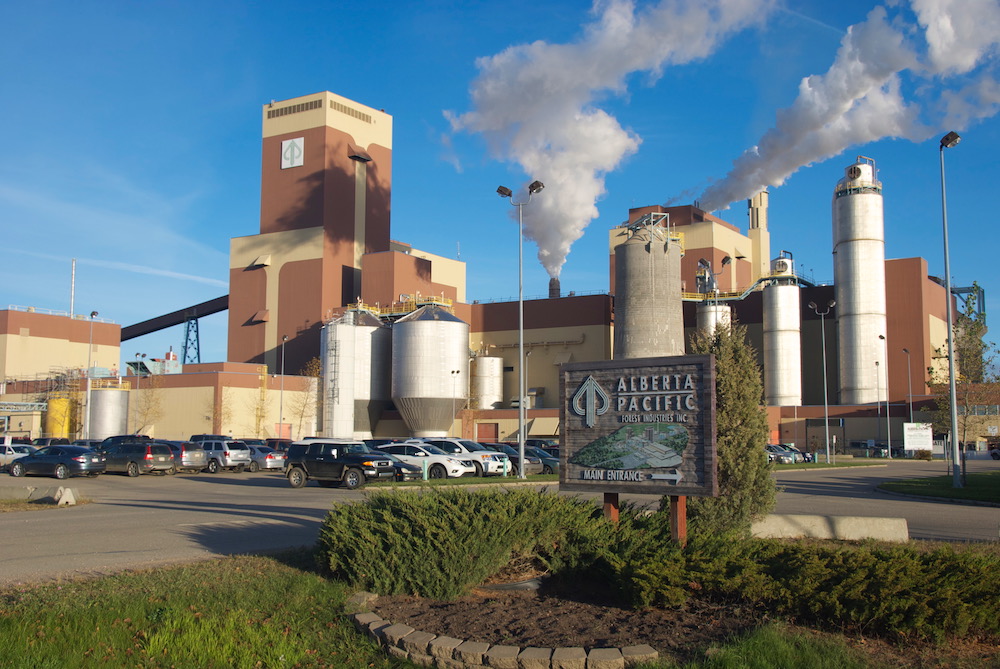 This is ABMI’s third report in a series on the state of land and biodiversity for Al-Pac’s Forest Management Agreement (FMA) 1 area spanning over a decade – now the longest report of its kind in Alberta.

The institute created the report for Al-Pac’s ongoing maintenance of its FSC certification – Al-Pac’s operations, which have been FSC-certified since 2005, must be audited every five years. ABMI maintains editorial control over the report.

For the first time, readers can see how biodiversity indicators for the region have changed over time, since the original publication was released in 2009. The report is available online as an interactive experience.

The current report shows that both native habitat and total biodiversity in the area are largely intact: native habitat represents 91.5 per cent of the land base, and the overall Biodiversity Intactness Index (BII) is 94.6 per cent.

The ABMI examines the status of wildlife and habitat within the 63,000 km2 Al-Pac FMA area in northern Alberta.

The ABMI defines “native habitat” to be areas in the province that have not been visibly disturbed by humans, although natural disturbances (e.g. wildfire, insect outbreaks) and invisible effects of humans (e.g. pollution) still occur.

The BII is a measure of the degree to which human disturbance on the landscape has affected a species’ relative abundance due to changes to the suitability of its habitat. Any decrease in the BII from 100 per cent indicates a change in a species’ habitat suitability from reference or undisturbed conditions.

The report highlights indicators that require continued attention to secure the status of species such as old-forest birds and the boreal woodland caribou.

Overall, 91.5 per cent of the Al-Pac FMA area is composed of native habitat. Different species have different levels of tolerance for various human footprint types and will avoid them to lesser or greater degrees accordingly.

Humans also have a perception of “wilderness” – or native habitat a certain distance from human activity – that isn’t effectively communicated by the percentage of native habitat.

For these reasons, the report shows how the magnitude of interior native habitat declines as various “edges,” or buffer widths, are added to all human footprint. Applying a 500-metre buffer shrinks the percentage of native habitat in the Al-Pac FMA to 23.8 per cent.

Covering 5.5 per cent of the Al-Pac FMA area, forestry was the largest human footprint type, followed by energy footprint at 2.1 per cent.

For the first time, the ABMI is now reporting on “effective total footprint” and “effective forestry footprint” to account for forest regeneration and biodiversity responses after harvesting.

As a measure of the status of overall biodiversity, the ABMI’s Biodiversity Intactness Index for all species monitored in the Al-Pac FMA area is 94.6 per cent.

Both overall biodiversity intactness, as well as the BII for each group of species monitored by the ABMI (e.g. birds and mammals), declined between 2010 and 2016.

According to the report, opportunities for maintaining the overall status of biodiversity in the Al-Pac FMA area include: minimization of human footprint, effective management of old forest stands, and management and restoration of boreal woodland caribou habitat.