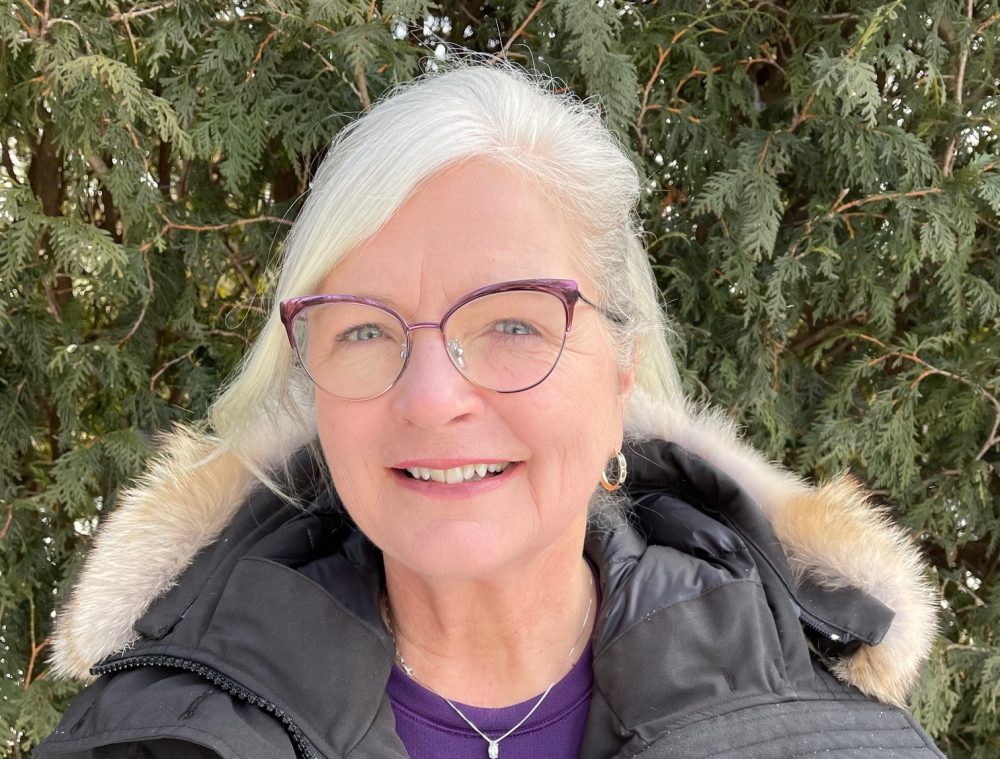 Riet Verheggen is a forest industry and public servant veteran and she has a few honest, out-of-the-box tips for women who want to make their mark on the industry. One, don’t settle. Two, prepare to sacrifice. And three, stick with it when it gets hard. As the first female president of the Ontario Professional Foresters Association and former trade delegate on the Canada-U.S. softwood lumber file, Riet has a lot to share about what an impactful career in the forest industry looks like.

CFI: How did you get your start in forest industry?

I went to university for forestry with my sister, Faye Johnson. And then we both tree planted north of Thunder Bay for a summer. That was in 1979. And at the end of the summer of tree planting, there were only four of us left who survived the work, the heat and the bugs. Our parents didn’t have a net for us so we had to survive. We were kids of immigrants – first generation Canadians. Failure was not an option. 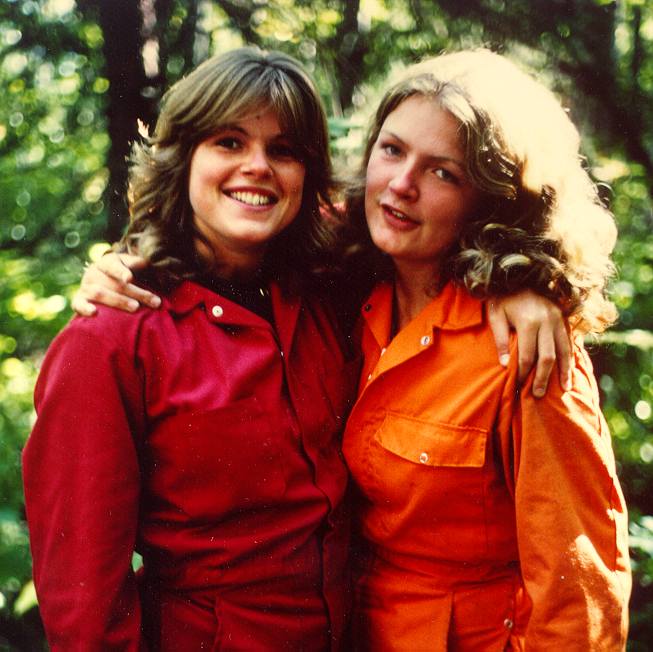 Riet Verheggen and her sister, Faye, at university field school in Ontario.

I was really lucky in university. My first job after tree planting was a fluke. A gentleman came into our student residence looking for his son. I made him a coffee and went and found his son for him. The next summer he offered me a job. He was a Regional Forester – I didn’t know that at the time. Sometimes the things that come at you are not from where you think they’re going to come.

You’ve been in and out of the forest industry since then. What was your career path?

I worked my entire career with the provincial government starting in Thunder Bay, then the Sudbury regional office, then I went all over the province on a provincial project, then to Wawa, then Lindsay and from there I got a job as a forester-in-training in Kapuskasing. That was a two-year program to train you and no guarantee of a job offer. After that Timmins and Englehart followed by Sault Ste. Marie.

I got pregnant in ’89, and I thought for sure I would never get on permanent staff even though maternity leave was only 16 weeks. But I did. I got on permanent staff at the Sault Ste. Marie office when I was seven months pregnant. They gave me a chance.

When I went back after maternity leave, I got promoted, but I was acting. And I acted in that position and ran the program for two years and then they put it out for bid, and I bid on it. They said nobody qualified bid on it. So I bid on another job and they strongly advised me to pull my application.

The director said, “the forest industry will never accept you.” Because I was a woman. I had two choices at the time: accept the inevitable until these men all go away, or leave. So I left.

I went to the Ministry of Northern Development and Mines. That’s where I got really interested in trade and investment. I was there for almost two years and then I was offered the senior job as a forester at my old office, and I went back. It wasn’t long until I was promoted a manager and then my career really started to take off. In 2000, and as a volunteer (in addition to my full time job), I was the first woman President of the Ontario Professional Foresters Association.

I then became a director and that’s when I got into softwood lumber trade negotiations. So I’m a single mom and I am travelling back and forth to Washington every week and I didn’t have any family in the Sault. I had three great friends who were instrumental in helping me with my daughter.

I met my husband in 2003 and I decided to move to Toronto but there were no forestry jobs there for me, so I left forestry and got a contract director position in immigration in 2004. I sold my house, gave up my rights to my position in the Sault, and I became the lead negotiator resulting in a $920-million agreement with the federal government to provide services for immigrants who come to Ontario. In that role, I really feel I made a difference in changing people’s lives. Because I could not keep up with the continuing education requirements, I had to give up my certification as an RPF.

From there I became the Ontario assistant deputy minister [ADM] in charge of the $5.5-billion payroll and benefits program and I did that for eight years.

After I retired from government, I rewrote my exams and was reinstated as an RPF. I’m now an independent consultant and part of a team who does the independent forest audits of the forest industry.

What were some challenges you faced?

One of the hardest challenges was my own guilt. You feel guilty all the time as a parent. I wasn’t always there for my daughter because I was travelling so much. But I think that guilt stops a lot of women from pursuing their careers as well because they feel guilty about everything. That’s a hurdle for lots of women.

But I apologized to my daughter when I retired and she said, ‘Mom, I didn’t suffer. I was happy.’ She became very fiercely independent and a very strong woman because of it.

Some of my challenges have been with women – it’s not just men. I have found there are lots of women who put up barriers for other women.

I was subject to bullying, harassment and discrimination. But you’ve just got to keep going. I had to take care of my daughter – I couldn’t quit. It wasn’t an option I considered.

What advice do you have for women entering the industry?

The first forester who gave me a job gave me this advice: don’t take a job only because the pay is better, ensure you become a professional forester, and don’t work in the same place twice – diversify your experience.

When I was a tree planter, I never thought I’d be the ADM of payroll for Ontario. People ask young people, “Where do you want to be?” and I find that’s a hard question to answer – you don’t know what the possibilities are.

But I think what question you do want to answer is whether you want to be an influencer, or a practitioner. Do you want to make a difference and influence policy? Or do you want to be a big fish in a small pond and do what you’re told to do and do it well.

If you decide in your younger life that you want to make a bigger impact, then your career will take a different path. You would try to diversify your toolbox and take different opportunities to improve your skills in leadership, innovation, collaboration and communication to name a few. And there’s a cost to that. Sometimes it means you’re not home. Most times a physical move is required. And you need to set up your family to accept that.

It wasn’t until I left forestry and went into immigration, that I really started to get a broader perspective on thinking, and confidence that I could do something different – successfully. If you’ve never been outside a cubicle, and you haven’t had to make hard decisions and ask for support, your growth will be stunted. It’s harsh, but true.

Even when it comes to problem solving and partnering with others to find solutions to problems, or finding a mentor, when you are in one location that’s pretty hard to do. Your entire circle is a lot smaller.

What can companies do to attract and retain women?

Companies need to show a path forward, especially if you want to have a family, and show support for that. There is a lot they can do to create a ladder. In smaller communities, they can help find jobs for spouses or provide childcare.

They also need to market themselves and show how they can position women to have a good career with them. I think the culture of the young generation is not to stay with one company for a long time, that’s OK as long as they provide opportunities to obtain those transferable skills so you can move between companies.

Several of the women who are in the field right now in forestry, they are dynamite. They’re just killing it out there. I’ve been very impressed with a lot of them. They’re passionate, they’re hard working, they’re dedicated and they are confident. They just need to be given the chance to shine.

This post is part of CFI, Pulp & Paper Canada and Canadian Biomass’ Women in Forestry series celebrating International Women’s Day on March 8. Find more content here and follow us on social media with the hashtags: #WomeninForestry, #IWD2022 and #BreaktheBias.