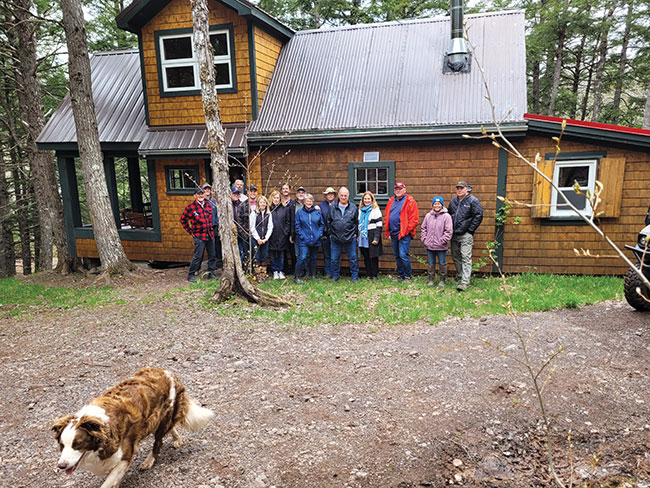 No, it’s not a joke, but rather the makeup of a committee meeting I recently sat in on in Pictou, N.S.

The firehall where we met neighbours the shuttered Northern Pulp mill that closed in January 2020, crippling the province’s forest sector that relied on the mill as a high-paying consumer of low-grade wood.

The pulp mill, having passed through a handful of owners since its opening in 1967, has a problematic environmental legacy in Boat Harbour, known in Mi’kmaq as A’sek, that wore away at public trust.

Its current owner, Paper Excellence, is behind the meeting of the Environmental Liaison Committee – ELC for short. The ELC formed as an independent committee at Northern Pulp’s request to provide a platform to concerned citizens to better understand what it will take to re-establish a pulp mill in their community.

With so many perspectives at play within the ELC, one common sentiment is clear among members, says ELC chairperson and former mill employee, Kimberly MacLaughlin: “None of the members here want the mill at any cost – we want the best mill you can get.”

After two years of meetings with community stakeholders, the committee has learned that, to improve public opinion of the forest sector, companies and individuals need to do more than recite the facts; they also need to listen to and understand the problems.

By sharing their story, lessons learned, and battles won, committee members hope to help other jurisdictions in Canada who may face similar uphill battles to repair damaged social license.

The committee established in September 2020 and has grown to 16 members in an array of sectors. The ELC makes it clear these members are not meant to be sector representatives, but rather independent voices drawing on their experiences.

The ELC’s initial goal was to brainstorm, without limitations, what the perfect mill would look like to them and the community. The committee heard and identified the issues after many meetings with the community and then proceeded to narrow it down. Committee member David McMillan, a forest manager and woodlot owner, describes their initial meetings as a room full of flipcharts.

“We spent three or four meetings where every possible pie-in-the-sky idea about how this mill could be the best in the world, we defined,” McMillan says.

An engineering firm in Montreal then reviewed the dream checklist, explored all available technology worldwide, and determined nearly all requests were possible with the right budget. “The price tag attached to that was approximately $365 million,” McMillan says.

The committee then took a hard look at their purpose and acknowledged that they needed to define their goals. The resulting terms of reference document laid out their objectives as such:

More plainly put, “Our job is to pull in public perception,” McMillan says. “What does the public feel both for and against the mill. Our job is to pull those groups in, have an evening with them and listen to them – whether they be positive or negative – capture the essence of their arguments and put that together for Northern.”

The ELC is not a mouthpiece for Northern Pulp. They’re not tasked with promoting the mill or changing anyone’s mind. They’re an independent body and their sole purpose is to listen and understand the public’s concerns.

In doing so, they’re hoping to rebuild a broken relationship between a mill and its community. 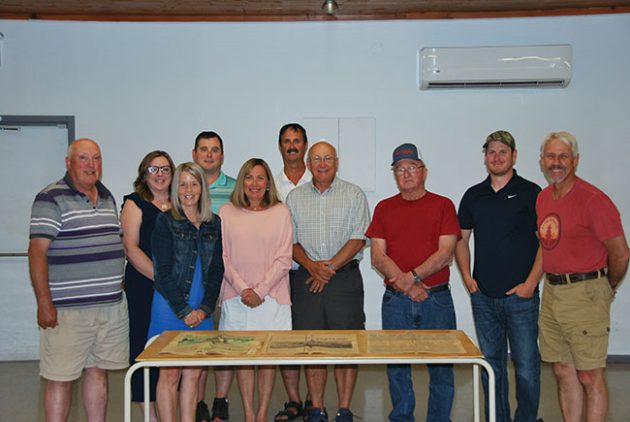 The Environmental Liaison Committee has been meeting regularly with community stakeholders since its inception in 2020.

Over the course of two years, more than 50 guests have accepted ELC invites.

“We’ve had a variety of guest speakers, and we’ve had open frank discussions, it’s been respectful, and questions go back and forth,” MacLaughlin says. “It’s always been very meaningful conversations. Hard conversations – there have been fists slammed on the table at times – but it’s always good. And, at the end of the night, I think everyone has learned something from that.”

ELC vice-chair and forest manager Julia McMillan says members have found it difficult at times since everyone has their biases, but through the process they’ve all learned a lot about how to have meaningful conversations based on peoples’ values.

“I don’t think it’s about science anymore. It’s about morals and beliefs of people. And the trust and differences and teaching. We’ve learned a lot about how to turn a conversation around and to really listen to what they are saying,” Julia says.

ELC member Nick MacGregor says the committee is continuously looking for new members with unique, perhaps conflicting perspectives to have the most impactful discussions about their community’s future.

“The ELC is trying to have productive conversations instead of a clean split and divide among groups. That didn’t work before, and it won’t work this time. So, we’re trying to find a different way to do things,” MacGregor says.

Two seats at the table are officially reserved for members of Pictou Landing First Nation (PLFN), whose land – Boat Harbour – was subjected to effluent pollution from the mill from 1967 to 2019. Invitations have been sent to meet with PLFN leaders to talk about the new effluent plan, but ELC members say they can understand their decision to decline, and that trust needs to be rebuilt first.

One approach proven to be particularly effective in building credibility is for ELC members to stick around after Northern Pulp’s town hall meetings to chat with community members about their concerns.

“They really valued us staying behind. Sometimes we were up to an hour afterwards talking about the issues … just having a conversation with them. And they truly appreciated that we did that. That evolved from an idea to a very productive process,” MacLaughlin says.

The conversations are candid, both sides speaking honestly about their perspectives on the mill. “There was a different trust level with the ELC members than with Northern Pulp,” Julia adds.

As the ELC provided Northern Pulp with feedback about those community concerns, the company’s presentations improved to address them.

The ELC is continuing to issue invites and meet regularly with community stakeholders. But those stakeholders need to be willing to meet, and it seems, for some, there was too much harm done in the past to consider the future yet.

The future of the ELC, like the future of Northern Pulp, and indeed the entire forest sector in Nova Scotia, is unclear. There is also no alternative for the forest industry’s low-grade wood, which has led to a noticeable contraction of the sector. A possible path forward is for Northern Pulp to pass the Class 2 Environmental Assessment – the current regulatory hurdle to the mill reopening.

At this stage, even if the pulp mill were to reopen in the next year, McMillan says there likely wouldn’t be enough logging contractors still operating to supply the mill. “The supply chain is collapsing because of what’s happening at Northern,” he says. “There’s not enough loggers in Nova Scotia.”

“It’s not jobs at all costs, there has to be a balance,” McKay says. “Businesses need to understand that they have to be active and contributing members of society so that people know what good you are offering.

“If you want to gain social license, I think, it needs to be a continuous, non-stop educational experience as to what forestry looks like in Canada,” he says.

Julia says companies’ traditional approach of one-way outreach is becoming ineffective. “People don’t talk and communicate anymore very well. Social media has its rants and misinformation. But if this group can – and I’m hopeful – bring in enough people and have face-to-face dialogue we can come to a consensus,” she says.

ELC member Jack Lewis says their work will be worth it if the mill is able to reopen with accountability to the community.

“I don’t say this lightly, but I truly believe that if you could restart the mill with the post-transformation deal, we collectively will have made it a better place with those changes and have a more environmentally friendly mill,” he says.