March 3, 2017 - An openly partisan coalition of labour unions and internationally funded environmental activists opposed to BC timber harvesting, are once again promoting the myth that a ban on log exports is the best solution to ensure more logs are milled here in BC.

This idea is callously disrespectful to the thousands of hardworking rural men and women who rely on the log export trade for their livelihoods. Not to mention, dangerous because it ignores almost all the evidence of the situation, as well as a shameful waste of time because it focuses on the symptom of the problem, rather than focusing on making BC an attractive place to build new mills.

It takes decades to grow a timber crop. During that time millions of dollars are spent on planting, protecting and tending trees. BC’s private forest operations are proud of the fact that our efforts generate 5,000 family supporting rural jobs, $150 million in taxes and over $1 billion in economic activity annually. Banning log exports would destroy this sector overnight.

We understand that the public would like to see more logs milled in BC – we would too. The ability to sell our logs to local mills at competitive prices is warmly welcomed, but until BC mills are globally competitive again, the log export trade is the only thing keeping our people working and the wheels turning.

BC lumber mills themselves are curiously absent from the list of log export ban supporters. The primary reason for this is that the mills don’t need, or want a log export ban.

BC mills already have full control over where the wood goes. Every log exported from BC must by law first be ruled surplus to local needs. This gives mills incredible leverage and means they can dictate log prices (among the lowest in the world = why the log export market is so attractive) with guaranteed access to all the wood they want, at prices they control.

Mills are also staying out of the public discussion because Canada’s trading partners around the globe are already unhappy about BC’s existing private land export surplus test restrictions. In fact, as part of the latest round of softwood lumber talks, the US notes that private land log export restrictions are a direct subsidy to Canadian lumber production.

The recent increase in log export volumes cited by Ben Parfitt and others has been generated entirely from public lands.* In fact, private land log exports, which are largely federally, not provincially regulated, have decreased during the same period as local mills increasingly use the surplus test to interfere with the export trade, and acquire privately owned logs at discounted rates.

There is zero evidence to support the naïve claim that more mills would suddenly be built in BC if log exports were banned. Surplus-test log export restrictions have been in place here for many decades, yet mill investments continue to occur not here, but far away.

The reality is, nobody can afford to borrow money and build a mill that won’t generate sufficient profits, and currently there are more profitable places to build mills than coastal BC. It’s telling that despite the timber surplus on the coast, major BC lumber companies — Canfor, West Fraser, Interfor, Teal Jones and others — have all invested in US mills. Russia’s log export restrictions are similarly ineffective at attracting mill investments.

If the goal is to put an abrupt and complete halt to the coastal timber growing and harvesting sector, then a log export ban is the way to go. If, as the United Steelworkers (whose members enjoy both mill and woods jobs) suggest, the goal is to encourage a thriving milling sector, then finding a solution will require a lot more than idealistic rhetoric.

We believe that getting the facts out is the only way to promote informed discussion and promote positive policy development. For more information, please go to www.pfla.bc.ca

This story was originally published by the Private Forest Landowners Association 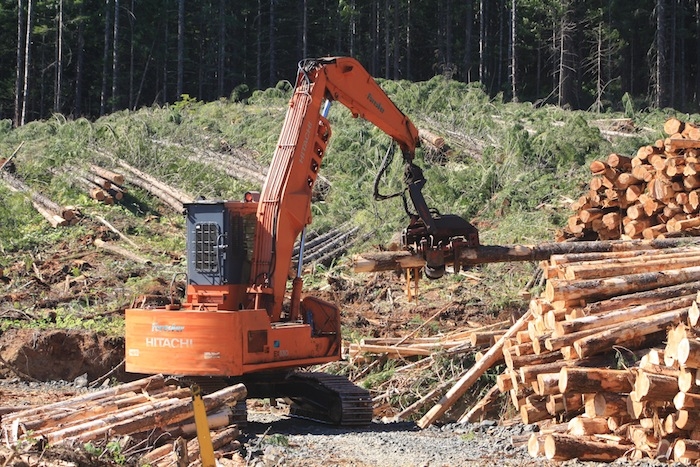