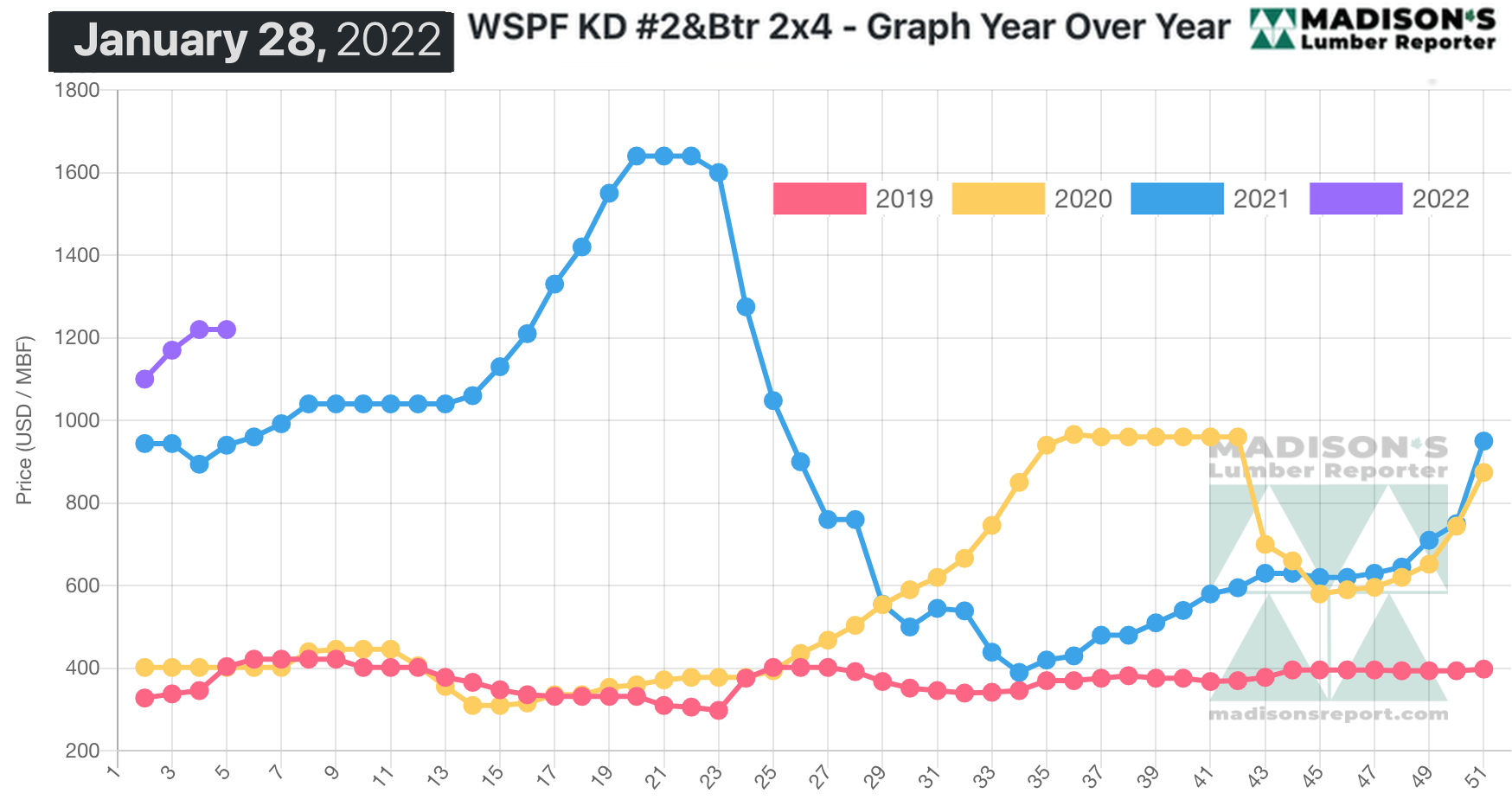 Heavy negotiations went on between customers and lumber suppliers, as prices had drifted higher over recent weeks but delivery times remained very long. Buyers maintained patience in awaiting wood already ordered, much delayed in transportation, while producers and stocking wholesalers allowed their inventories to grow. There were many reports of sawmills protecting extended order files, sometimes out all the way to March. With available supply on-the-ground both at mills and reloads, keeping production volume high was not the primary focus. Much effort went into chasing down exactly where in the transportation network was wood already shipped. For their part, customers decided to wait out this uncertainty, in hopes that prices might drop.

As inventories plumped up and delivery times stretched out, lumber prices stayed even over the previous week. In the week ending January 28, 2022, the price of benchmark softwood lumber item Western Spruce-Pine-Fir 2×4 #2&Btr KD (RL) was again US$1,220 mfbm, said forest products industry price guide newsletter Madison’s Lumber Reporter. This is flat from the previous week when it was $1,220. That week’s price was up by +$43, or +4% from one month ago when it was $1,178.

Buyers who were in the mix wanted stock yesterday, while sawmills offered wood discounted to current cash levels for those who could wait three weeks for delivery.

“As lumber and studs’ prices appeared to be topping out, demand for panel experienced another bout of craziness.” – Madison’s Lumber Reporter 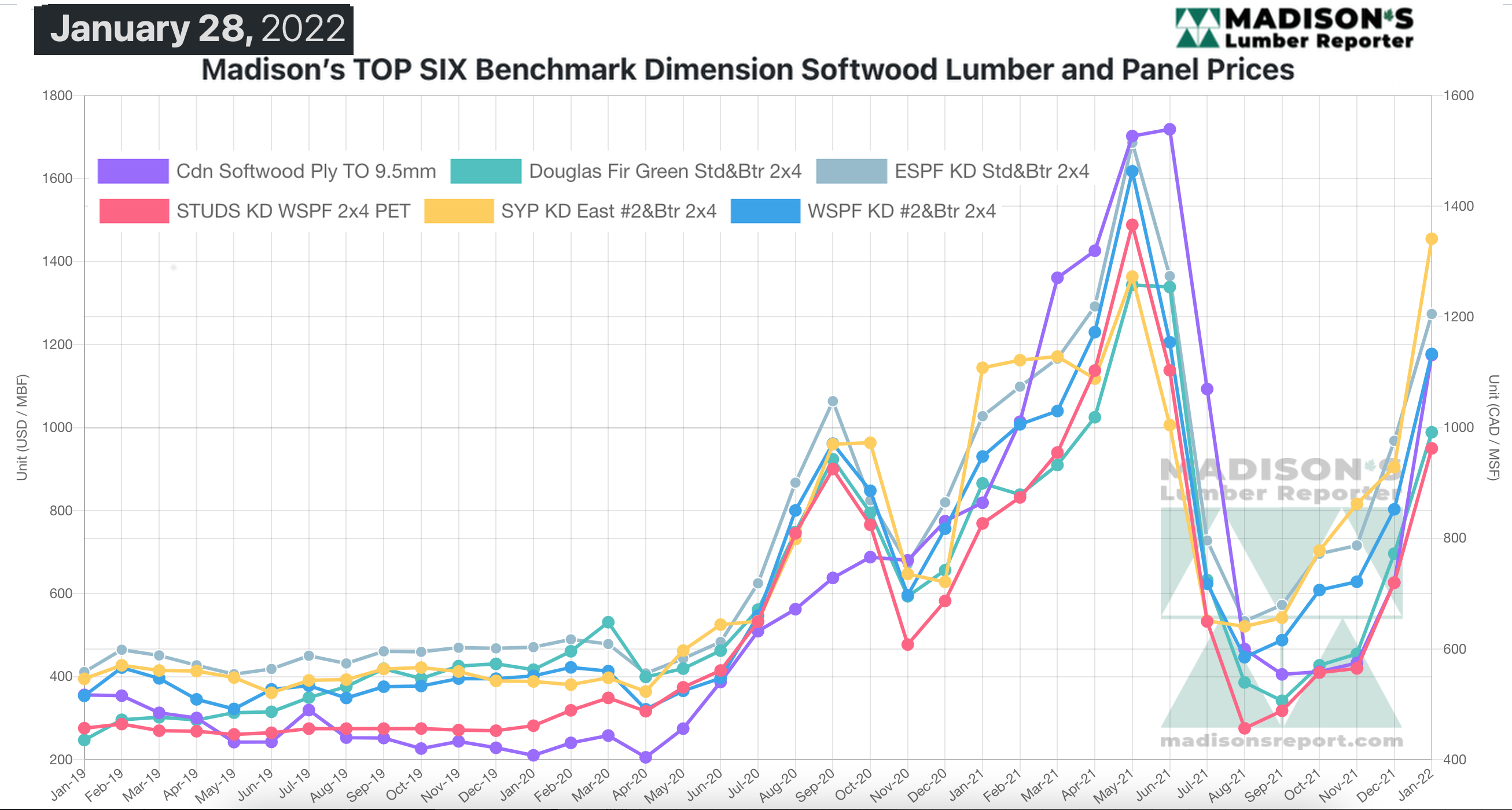 Solid demand persisted for US Western S-P-F sellers even as increasing reports of flattening prices and cautious customers surfaced. Field inventories continued to run down to bare ground while supply and shipping delays remained huge question marks. For their part, sawmills were careful with their production schedules as they tried to avoid building order files at potentially lower numbers.

Overall demand was tepid compared to the first two weeks in January, but still resulted in another round of price hikes from Western S-P-F producers in Canada. Logistics continued to be the greatest source of consternation in the market, with myriad reports of sawmills getting further behind on shipments as weekly rail car allotments consistently missed the mark. Producers maintained order files ranging from early February to early March in some cases.

“Restricted supply and beleaguered logistics continued to rule the Eastern S-P-F lumber market. Prices appeared to be topping out according to players, but sourcing material remained a colossal headache for all buyers. Most sawmills reported having ample inventory in their yards, with grade and item accumulations varying from plant-to-plant. The trouble was with getting it to market, as shortages of personnel and equipment were commonplace in both rail and trucking. Meagre discounts were offered on select items from certain mills – to virtually no avail.” – Madison’s Lumber Reporter