Munden Ventures in Kamloops, B.C., has been steadily growing its hauling and logging operations since CFI last checked in with them in 2018. Last year the company was acquired by Sweden’s LOTS Group, a move that has given them even more support to advance their footprint in B.C. 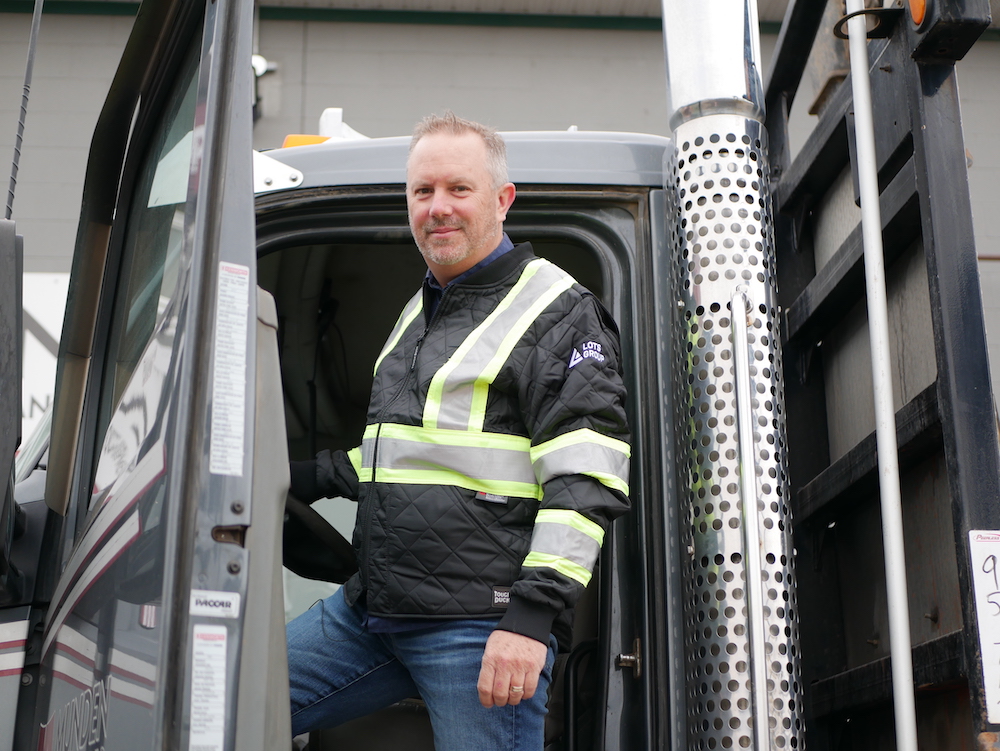 When third-generation logger Greg Munden was first getting calls from a mergers and acquisitions company in 2020 inquiring about his family’s forestry, transportation, and maintenance business, Munden Ventures, he didn’t take it very seriously. Greg avoided taking the calls for about eight weeks before agreeing to listen to the person on the other end of the line.

“It must have been a slow day because we actually had a conversation and the guy had an interesting story about a unique buyer overseas,” Greg recalls.

The company was LOTS Group, a Swedish-based diversified transport company offering leading transport within heavy industry around the globe. At the time, the company was looking to enter North America and identified Munden Ventures as a prime opportunity to enter the logging and transport industry in Canada.

Greg, along with other members of his family – Jim (dad), Chad (brother) and Nolan (son) – agreed to sit down and take a call with the LOTS Group in August 2020 with a few of the company’s top executives.

Although Munden Ventures wasn’t for sale at the time of the call, the conversation made Greg and Chad start thinking a little differently about the future of the family business, so they continued talks with LOTS Group. 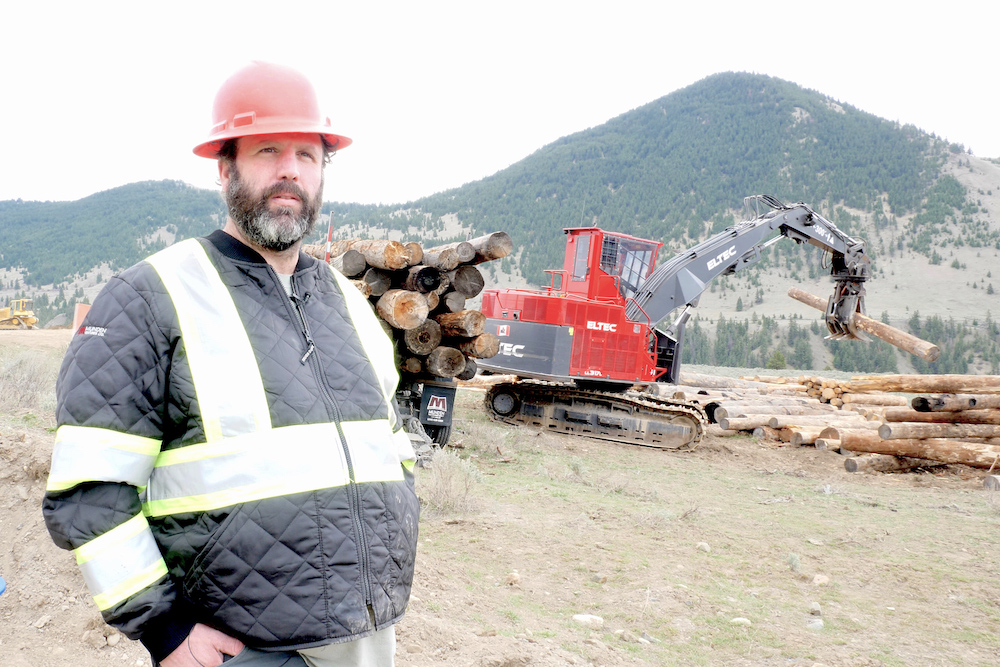 “We had a succession plan. We were starting to implement that succession plan, and just the notion of it being an interesting party that was looking made us continue the conversation just to find out more about what their vision was,” Greg says. “It was a multi-generational family business. There were very emotional discussions about even considering taking a different path than we’d ever considered.”

But with a strong suitor looking to purchase the company, coupled with significant challenges facing the industry, there was a lot to consider.

“We got to know the LOTS Group and see where it went. For us, or anyone that’s in the industry, we think the forestry and transport sectors are pretty challenging businesses. Despite the challenges, LOTS was excited about the opportunities in the market and have the benefit of significant resources, both financially and people-wise, to grow a larger North American business,” Greg says.

He’s not wrong about those challenges. Between driver and worker shortages, regulatory hurdles, and constantly shrinking allowable annual cuts, the two industries have major challenges to manage.

In Spring 2021, the family decided to make the tough decision to sell Munden Ventures, J. Munden Transport and Peak Forestry to the LOTS Group. Greg said he was impressed with the company’s vision for entering North America, its values as an organization, and its interest in optimizing the transportation business and applying their knowledge to other aspects of the Munden companies. 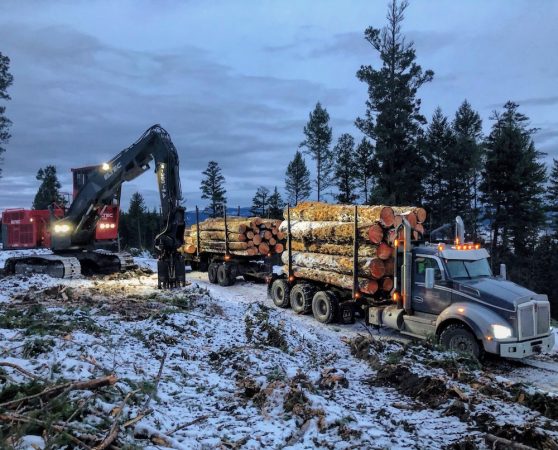 The company’s harvesting operations have a radius of approximately 200 kilometres around Kamloops in almost every direction.

“They’re a transport business by nature. Harvesting and forestry wasn’t a piece of what they had until this point,” Greg says. “They also had no experience with commercial truck shop operations. We have a fairly sizeable truck shop where we do 75 to 80 per cent of the business for third-party customers and 20 to 25 per cent for our own fleet. It’s not an area they were familiar with, so it was a real departure for them from a pure transport operation. Their philosophy comes from lean manufacturing and optimizing how trucks are built in a factory setting and taking that lean methodology to the transportation sector.”

Greg views this approach as having a lot of potential benefits for other aspects of the Munden businesses.

Another interesting piece of the partnership for Greg and Chad is being tied to an OEM that is directly developing new technologies.

“It gives us a lot of insight into what is possible,” Greg says.

Like many other companies across the country, Munden Ventures has found attracting and retaining skilled workers to the forestry and trucking industries a huge challenge.

“We are going to have to grow our own people,” Greg says. “The industry has done a really poor job of communicating to young people and demonstrating the really great careers in these sectors.”

The tough task of attracting new talent to the LOTS Group in Kamloops is overseen by operations and business development manager Trish Kohorst.

“Historically, the forest sector and natural resources sector have relied on the demographic that’s been in the industry for 30-plus years. They have a great work ethic and do what needs to be done,” Kohorst says. 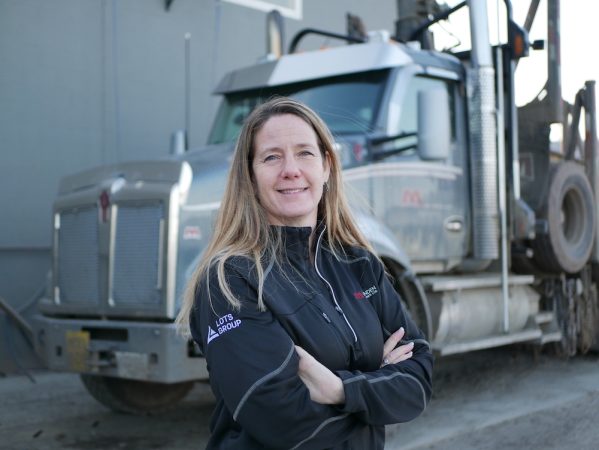 With those workers now retiring in large numbers, the industry now needs to focus on bringing in the younger generation to replace them, but there are constraints that don’t make it easy.

“With Class 1 drivers, they can’t get a license until they’re 19 or 20 years old. Because of this, they can’t see a pathway until they’re two years after high school. So, we’re losing a chance to engage with the youth,” Kohorst says.

To help combat these issues and get more engaged with students about the industry, LOTS Group has been working with the local school district in Kamloops to get them a taste of a career in forestry and transportation.

“We had a Grade 12 student that was thinking about a career in carpentry, and we got him to operate a processor and he thought it was awesome,” Kohorst says. “I think our whole industry needs to think about how we attract the youth and work with regulators to give them a pathway that they can see the benefits of the industry – being able to show folks that early on and not lose them to other industries. The industry pays well, and safety and culture are very important to us. We have long-term employees that have been with us for 20 and 30 years, but we need to find ways to attract new folks.” 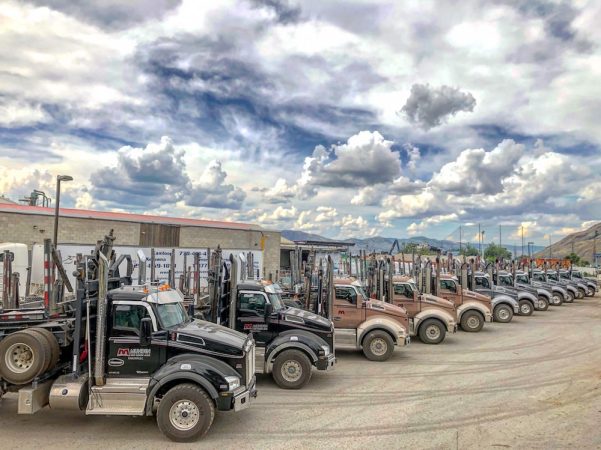 Greg says there is a perception that the forestry and transportation industries are all about long hours and having a lot of time away from home. He says the industry must find ways to compete with other sectors that are able to accommodate workers’ wants and needs with things like shorter shifts and investing in the latest technologies.

“Make it the best of both worlds where people can still earn a very good living and balance all the other things in their life. I think for a long time this has been missing in transportation, particularly,” he says.

Greg says that it has been interesting to learn about the lean processes of the LOTS Group and see many of those practices implemented into the different divisions of Munden Ventures.

“They kind of overlay those lean processes in areas they haven’t been exposed to before. At a supervisory level, lots of change is happening. I don’t think our professional drivers, forestry drivers have changed in any significant way, yet. We’re certainly taking it slow. Change can be scary for people. It’ll be a slow, methodical approach,” he says.

One area where Greg has seen lots of opportunity is in LOTS Group’s control tower concept to optimize the flow of wood between trucks moving long distances, reducing the number of empty trucks on the road.

“It optimizes the use of the truck, improves the pay or time away for a driver, and helps with driver shortages because you can move more product with fewer people and helps environmentally by reducing the number of trucks on the road. That’s a big part of what LOTS stands for,” he says. 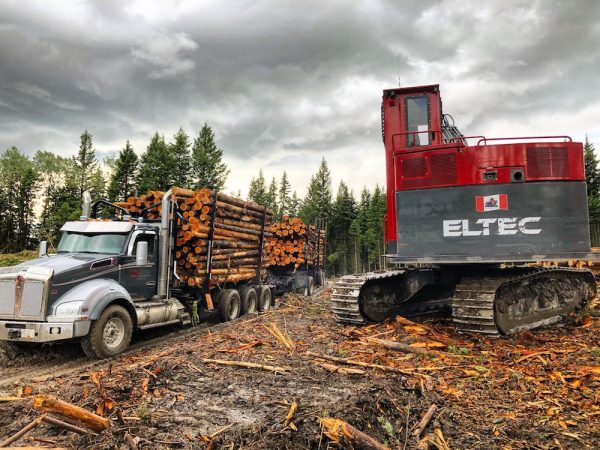 The LOTS Group’s Canadian operation currently staffs about 75 people. It recently expanded to include a new operation on Vancouver Island with a fleet of 11 trucks and 12 staff members on the island. The long-term plan is to grow the company’s Canadian operations significantly in coming years, and not just in Kamloops and the rest of B.C.

“There are several business cases we’re working on right now. LOTS is not exclusive in terms of forestry, globally. They do agriculture, mining, and forestry,” Greg says. “LOTS have opportunities in South America in large sugar cane operations, and hub-to-hub delivering of truck parts to Scania’s truck plant in Sao Paolo, Brazil. In Chile, they have a relatively new mining operation. And then there’s our operation in Canada, and they recently acquired an operation in South Carolina in forestry, transportation and harvesting.”

Although there is significant growth being planned for the future, LOTS Group’s Canadian operations is currently focusing on backfilling opportunities between Kamloops, Vancouver Island and the BC Northwest. The company’s harvesting operations have a radius of approximately 200 kilometres around Kamloops in almost every direction.

Like most forestry companies throughout the province, reductions in allowable annual cuts and the old-growth initiative recently implemented by the provincial government are major concerns for the LOTS Group.

“That’s what makes it really valuable to have scope and scale, and relationships with multiple mills and licensees, and in multiple geographic areas.

“The diversity of customer base and geography is going to be critically important for companies to be successful in the longer term. We’ve faced reductions, but have been fortunate to have the relationships that we’ve had, and our customer base,” Greg says.

“LOTS’ connection is giving us the opportunity and resources to look at developing more diversification outside of forestry. I’d say we’re forestry-centric and it’s what we know. I don’t think the forestry industry isn’t going away any time soon, it’s going to be an important part of the western provinces’ economies, I hope, forever. But having the opportunity to look at mining and agriculture opportunities, and the depth of people and resources out of Stockholm and the backing of Scania and Volkswagen, I think that’s going to bode well for us going forward,” he says.

Another way the company has grown and diversified over the years is through offering wildfire management services. 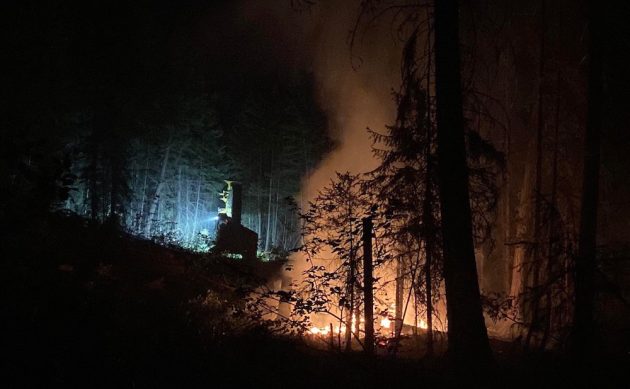 Chad and his crews are helping protect many small communities during wildfire season in B.C.

“The biggest thing is we get a call from the Ministry of Forests and they ask for our equipment to go out and we follow people around the fires and clean up the ground. We get down to the dirt and wrap the fires all the way around them, so you can get crews on the ground on foot to put them out,” Chad says. “I think if you have forestry equipment, you get that call because you’ve got the experience with the ground, dealing with the timber, and being able to get around in the bush to get it out.”

“Chad and his crews have gotten pretty good at this,” Greg adds. “There’s an art to working with the ministry and other ground crews, and just by virtue of the number of fires we’ve seen in B.C., we’ve had opportunities to work with the ministry on these fires. We’ve gotten really good at it. There’s nothing better than experience, and we’ve, unfortunately, had a lot of experience over last several years.”

By helping manage the wildfires, Chad and his crews are helping protect many small communities.

The gratitude that has been shown to the crews by residents thanking them for saving their homes and protecting their lands has been incredible, Greg notes.

“Sometimes you don’t get a lot of ‘thank you’ in forestry, but that’s one time where you feel the value in what you do,” he says.