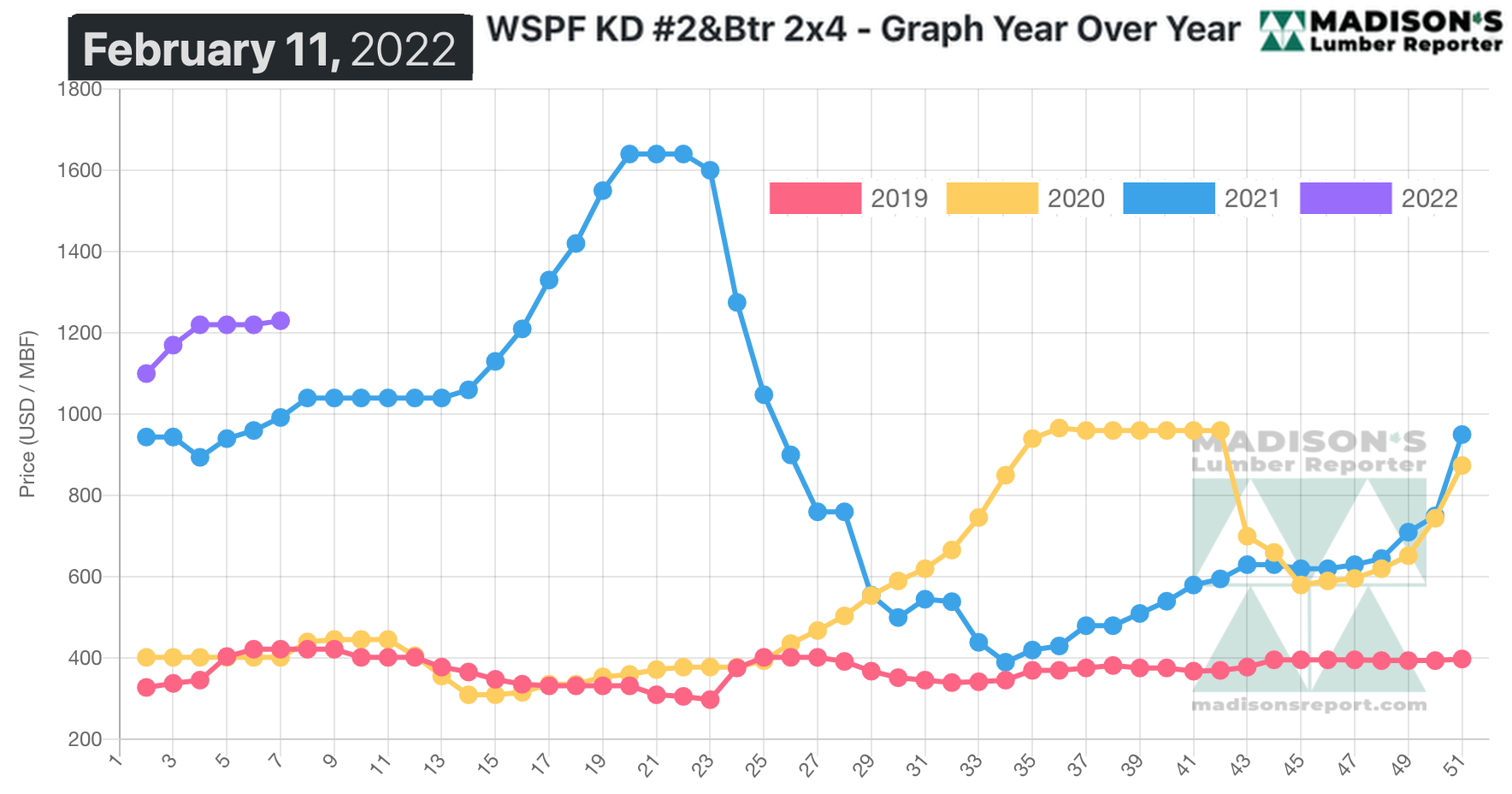 Some lumber prices popped up slightly while others dropped a bit, as customers and suppliers were able to hammer out agreeable price levels for 2022. The question on everyone’s minds, since before the end of last year, was: were the seemingly very high prices of 2021 a significant anomaly, or is that the “new normal”? While it is impossible to say yet, the way prices waffled as January transitioned into February, it is obvious players are coming close to finding where the market will be for this looming spring construction season. Those who thought prices would revert close to historical norm will be quite disappointed.

Following a meandering start to the month of February, suppliers of Western S-P-F commodities in the United States reported strong inquiry and takeaway. 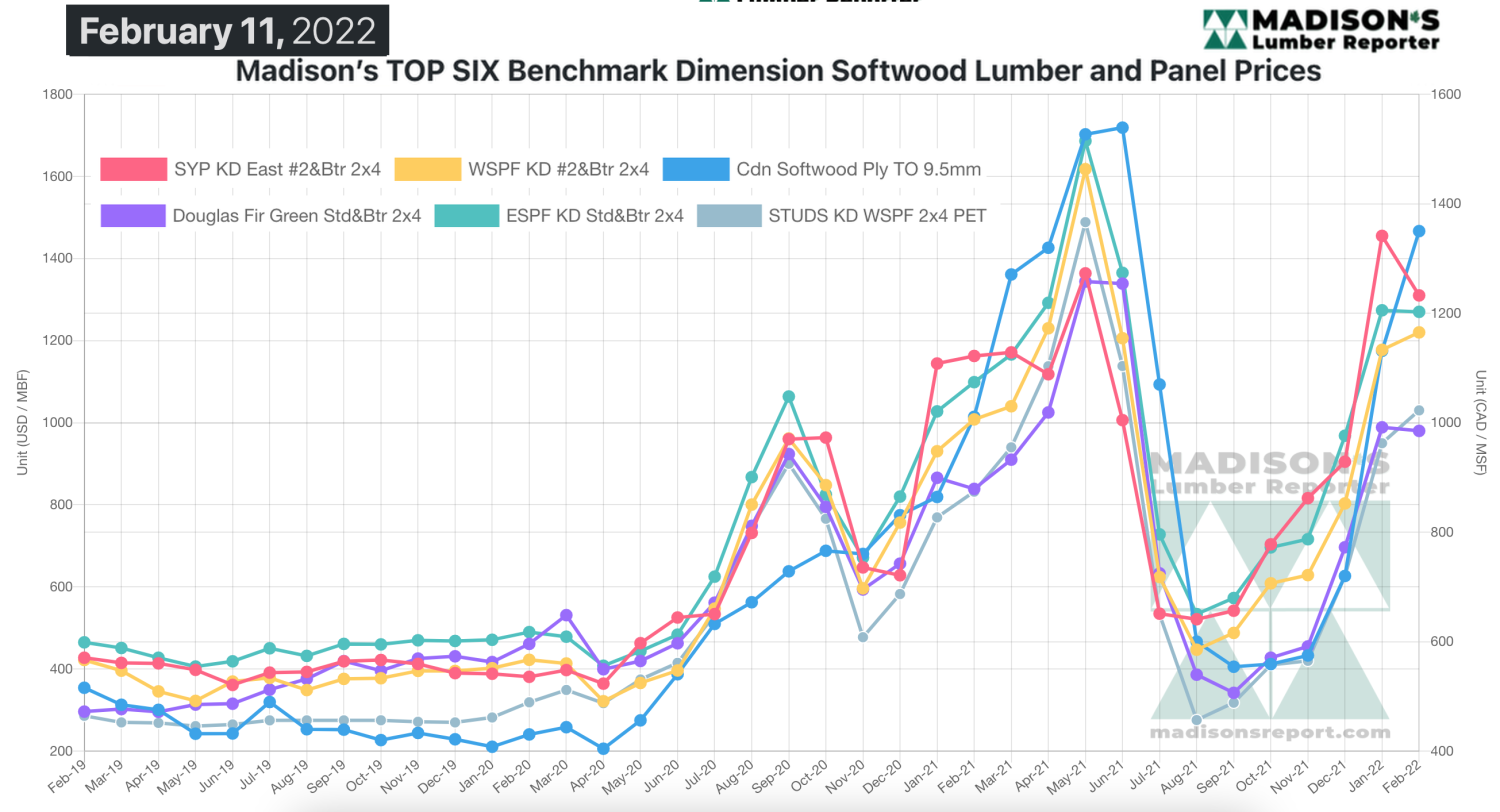 In the U.S., Western S-P-F retailers were apparently among the busiest buyers, with a focus on narrow dimension and eight-foot stud trims. Producers reported sawmill order files in the range of two- to three-weeks out.

Scant overall supply of Western S-P-F lumber was again outstripped by stable demand, according to Canadian suppliers. After flattening out or falling a jot the previous week, R/L dimension asking prices turned on a dime, showing palpable strength in standard and high-grade. Having cleared out much of their available inventory during the previous week’s micro-lull in sales, secondaries were suddenly in need of replenishment. That along with everyone else.

“Purveyors of lumber and studs in Eastern Canada reported robust demand from perpetually-undersupplied buyers. The two-tiered market was in full swing, as secondary suppliers were usually able to offer quicker shipment and more reliable availability compared to the sawmills. After a brief lull over the past week or so, producers were able to boost their asking prices yet again.” – Madison’s Lumber Reporter