As explained by Madison’s many times in the past, as far as the seasonal cycle of lumber sales — thus prices — goes, normally, after the Labour Day long weekend, demand starts to drop and by U.S. Thanksgiving, demand reaches the annual low. This didn’t happen last year, and has not been happening this year. Is that a signal that the yearly lumber market dynamics are changing, or are these two years going to prove to be an anomaly? Only time will tell … check back with Madison’s often to find out. 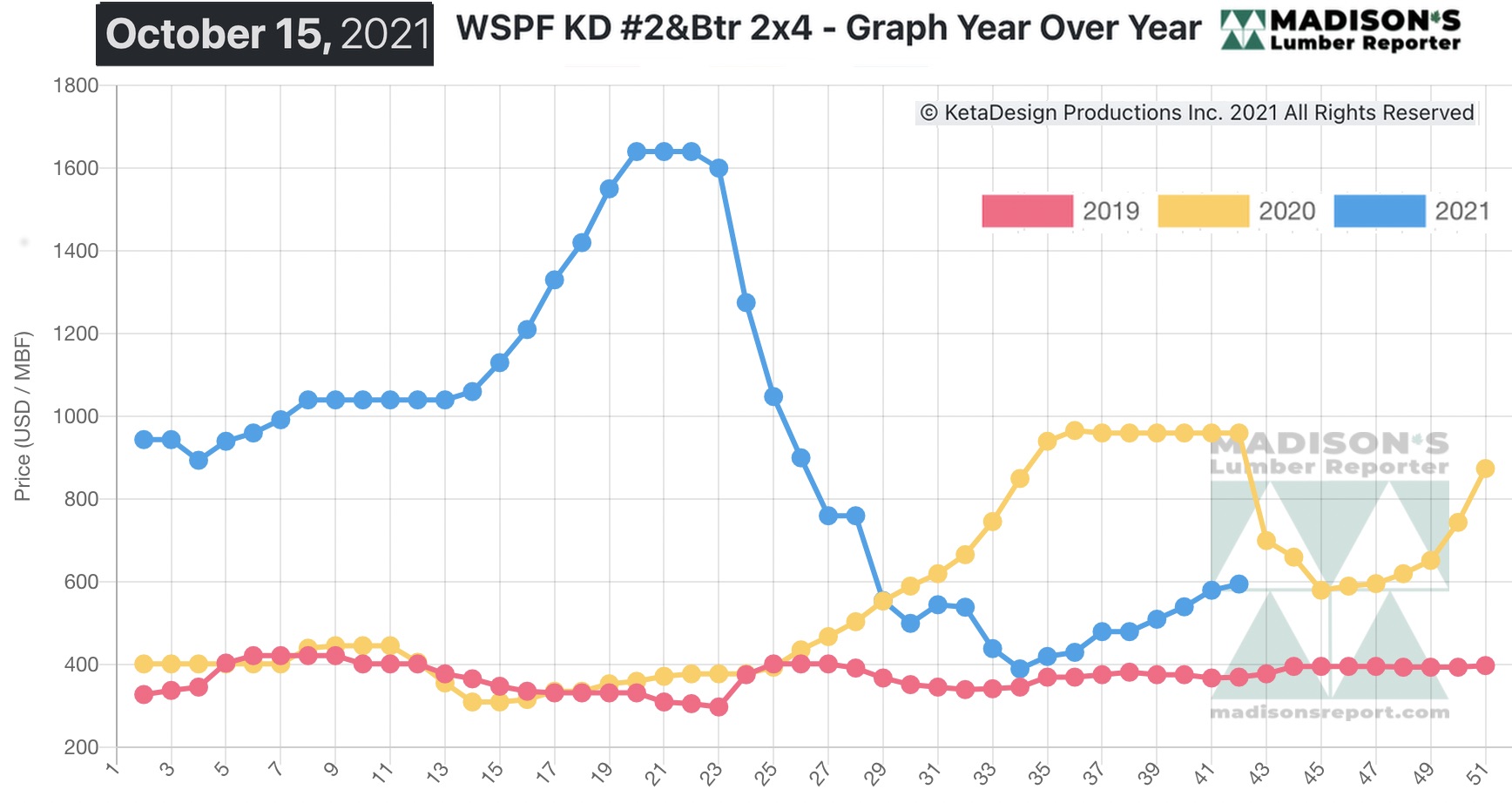 As Canadian suppliers came back from the Thanksgiving long weekend and buyers digested their inventories, commodity trading overall experienced a quiet week.

“Suppliers of Western S-P-F in the U.S. described a pullback in demand as the market entered a digestion phase.” — Madison’s Lumber Reporter 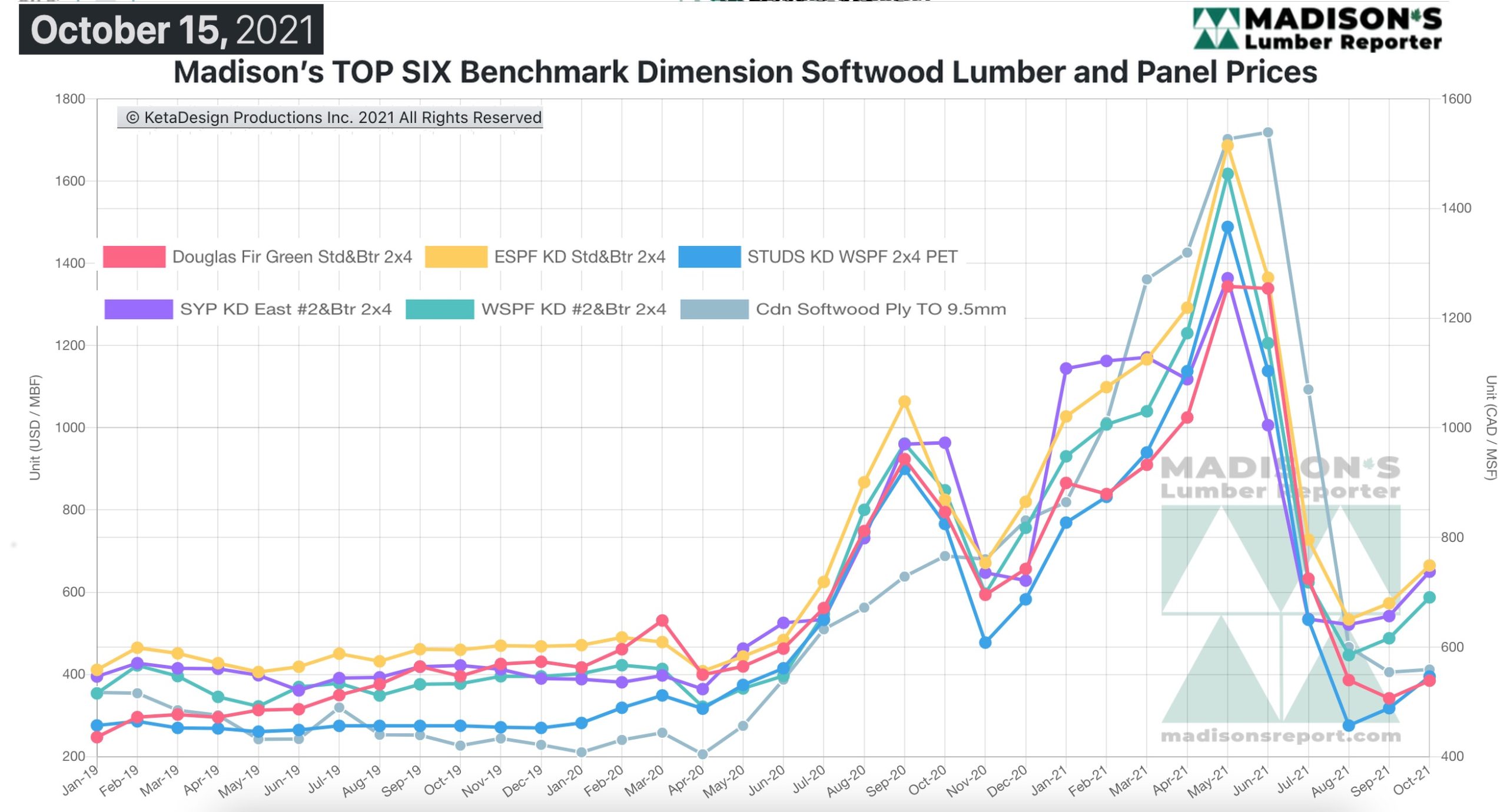 U.S. buyers of Western S-P-F lumber continued to cover immediate needs when necessary but overall sales volumes were lower than in recent week. Demand was slow to start as suppliers in Canada were off on Monday for Canadian Thanksgiving. Sawmills in the U.S. reported order files pushing into early November.

Canadian Western S-P-F sawmills and distributers described a quieter week of demand. Mill sales lists remained light however, and a carousel of just-in-time buyers kept sales firmly ahead of supply. Producers in Canada pushed up prices and extended sawmill order files into the first week of November. Production volumes remained lower than normal.