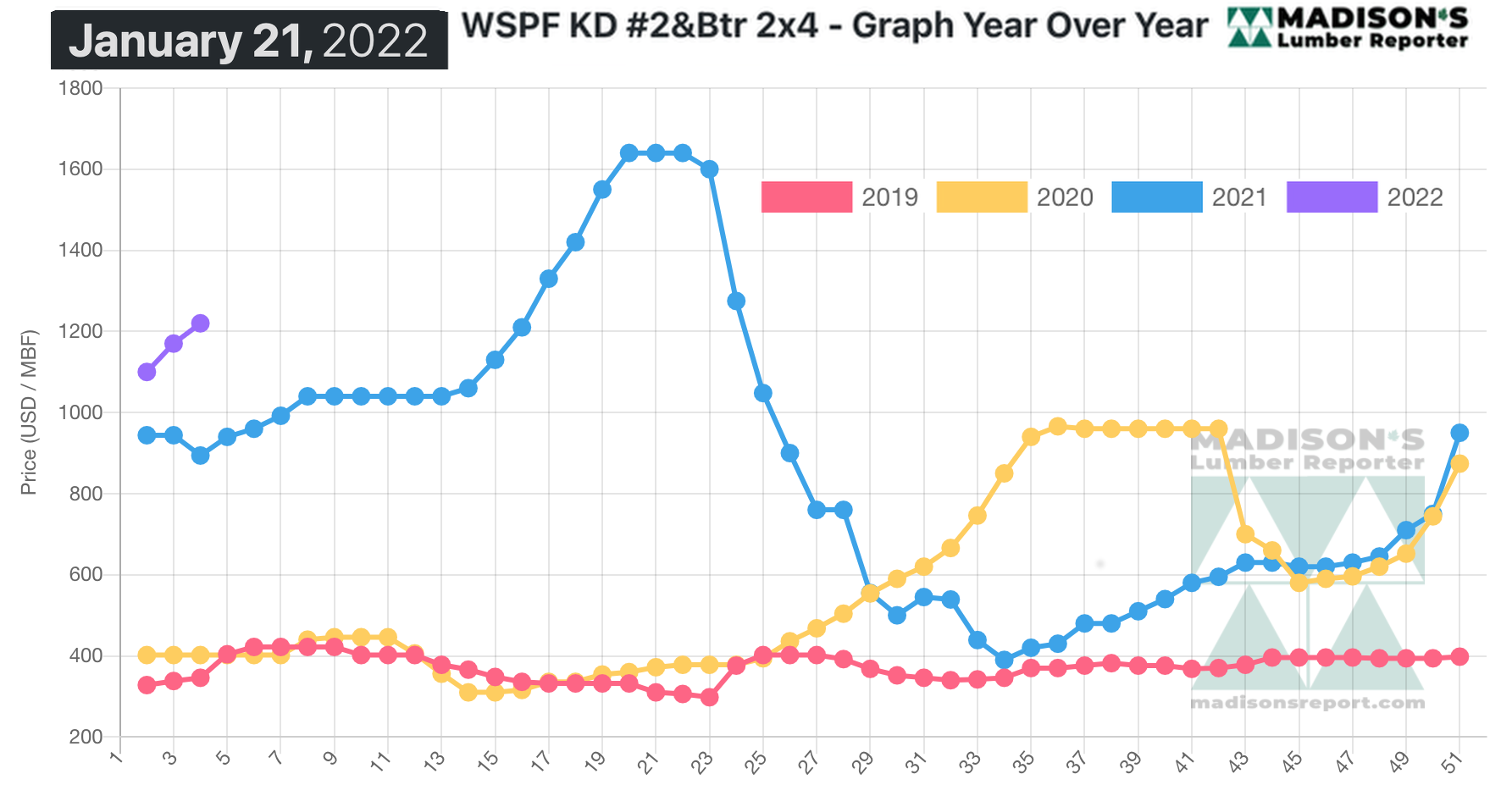 It might be that the North American construction framing dimension softwood lumber market has found equilibrium. At least for the time being. While inquiry and demand for wood remained strong, many lumber commodity prices seem to be levelling off. Of course, this is at higher levels than prior to two years ago. However, as mentioned by Madison’s often, those pre-2020 prices will never be seen again. Due to several fundamental reasons, also often explained by Madison’s, we are never going to have $300 2x4s again. Usually the peak of lumber sales, therefore prices, is in February as the large U.S. home builders make their purchases necessary for the looming spring construction season. Whether these current lumber price levels will remain, or rise further next month, remains to be seen.

In 2021 the increase in both U.S. and Canadian house prices was stark, and the momentum of demand for homes remained high. As such, there is no reason to believe lumber sales will slow down any time soon (meaning: this year).

Lumber prices gained strength however there were indications that a top could be in sight. In the week ending January 21, 2022, the price of benchmark softwood lumber item Western Spruce-Pine-Fir 2×4 #2&Btr KD (RL) was US$1,220 mfbm, said forest products industry price guide newsletter Madison’s Lumber Reporter. This is up by +$50, or +4%, from the previous week when it was $1,170. That week’s price was up by +$417, or +52% from one month ago when it was $803.

Overall demand was tepid compared to the first two weeks in January, but still resulted in another round of price hikes from Western S-P-F producers in Canada.

“Cautious demand prevailed as the upward trend in lumber prices appeared to be slowing; severe problems in production and transportation cast doubt on a potentially-softening market.” – Madison’s Lumber Reporter 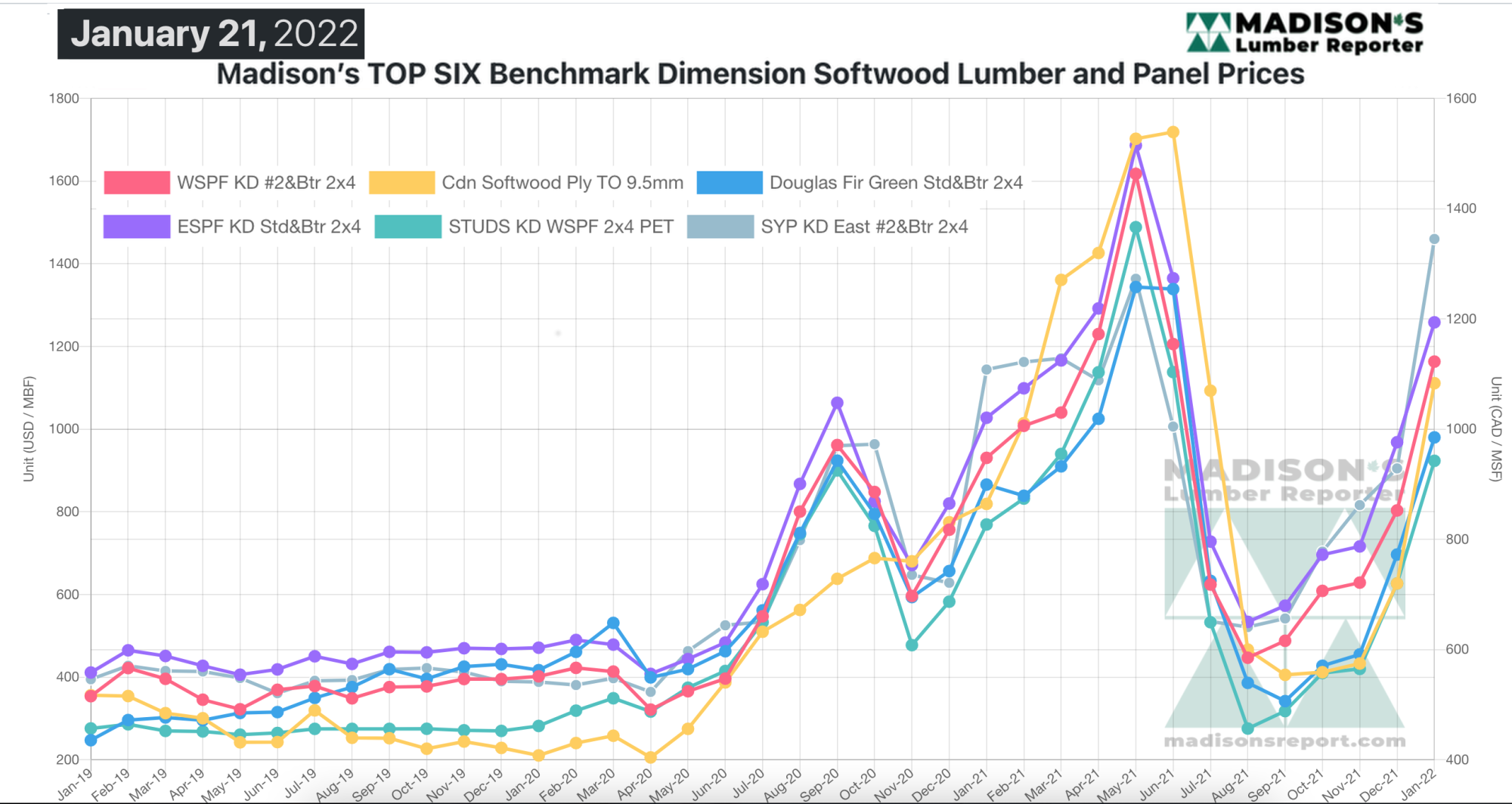 Demand continued to handily outstrip supply of Western S-P-F in the United States. Sawmills responded by again boosting their asking prices on R/L dimension and studs. Traders described a disconnect between retailers and their customers; with the former adopting a more circumspect approach after a blast of winter weather, while the latter clamoured for more wood to furnish job sites.

Logistics continued to be the greatest source of consternation for Western S-P-F producers in Canada, with myriad reports of sawmills getting further behind on shipments as weekly rail car allotments consistently missed the mark. Producers maintained order files ranging from early February to early March in some cases.

“Douglas fir green lumber producers maintained early- to mid-February order files in response to persistent demand this week. As prices continued their inexorable rise, a growing contingent of buyers hit their opt-out levels and retreated to the sidelines. The number of remaining buyers ready to step in and deal was more than sufficient to bump prices up.” – Madison’s Lumber Reporter