It is usual that the dual national holiday weeks, Canada Day and Independence Day, show a slow-down in lumber sales. Normally by this time of year buyers have ordered — and indeed received — the vast bulk of the wood they will be needing for the season’s building projects, so demand is slowing down and prices are softening. Of course, as we all know by now, this is not a normal year. Last year was not a normal year. However, the huge run-up of lumber prices into this spring did put a stall on lumber sales as many customers chose to hold off making purchases, in the hopes that prices would drop back down.

This week marked more significant price corrections, with benchmark construction framing dimension softwood lumber prices down by -30% to -40% compared to just one month ago.

Western S-P-F demand in the U.S. was pokey according to secondary suppliers. Buyers remained reluctant to purchase anything more than small volumes, and only then after searching around thoroughly among sawmills and wholesalers for their preferred levels and shipping timelines. For their part, mills were actively pursuing buyers and entertaining all but the most significant counters in effort to establish some semblance of order file going into July.

Western Canadian S-P-F producers cut their prices again as they searched for levels that would draw buyers back to the table en masse. Overall sales activity remained slow to start the week ending July 2 and got quieter, with most Canadian folks taking an extra day off as Canada Day fell on a Thursday this year. Sawmills showed more prompt material with each passing day and often accepted considerable counters depending on the item and seller. 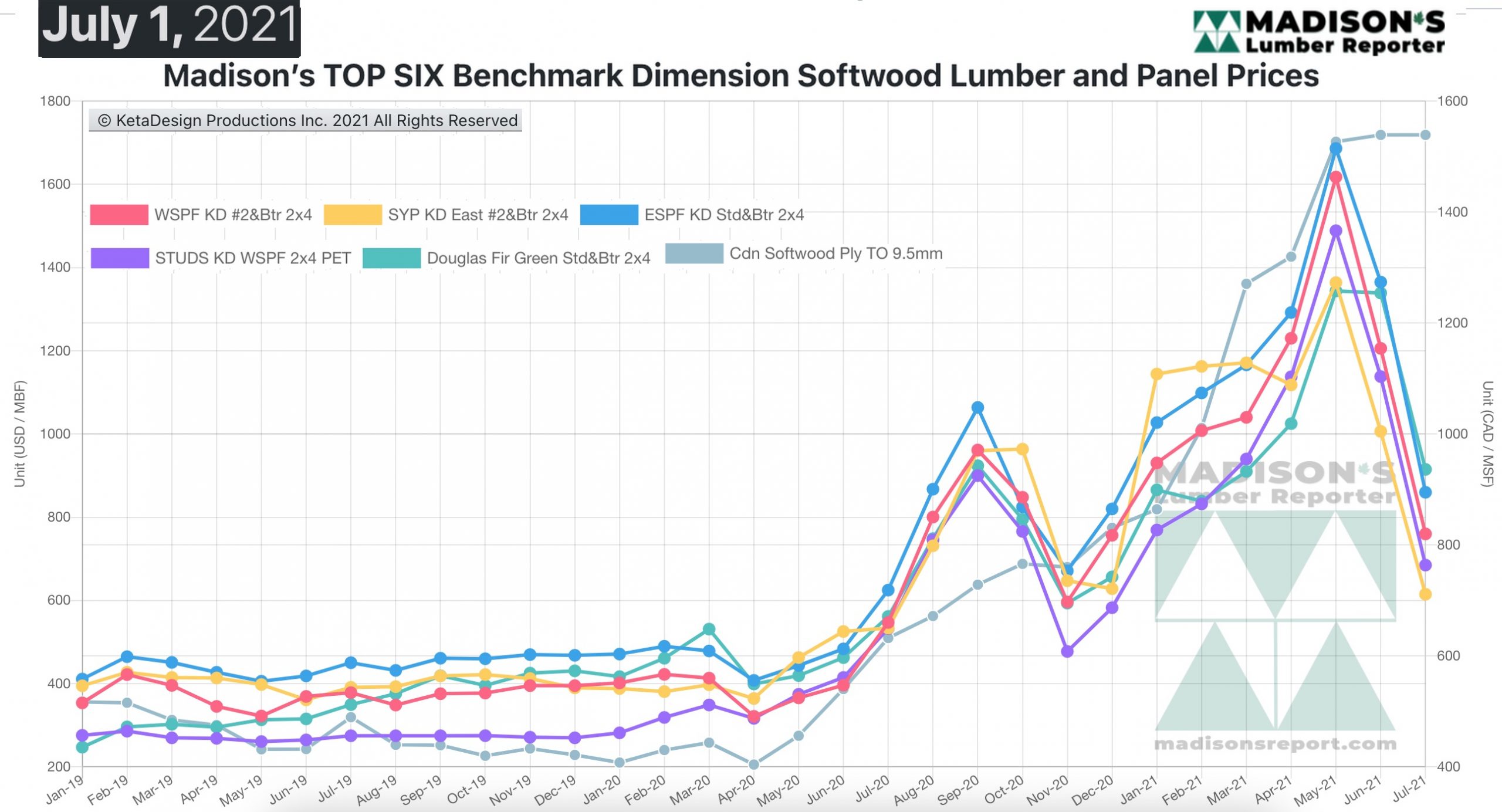 “Eastern S-P-F trading volumes lost steam as the week wore on and Canadian sellers and buyers alike absconded for Canada Day. In view of the holiday, by midweek many producers had found homes for large portions of their accumulated wood and all eyes were on the first half of July.” — Madison’s Lumber Reporter 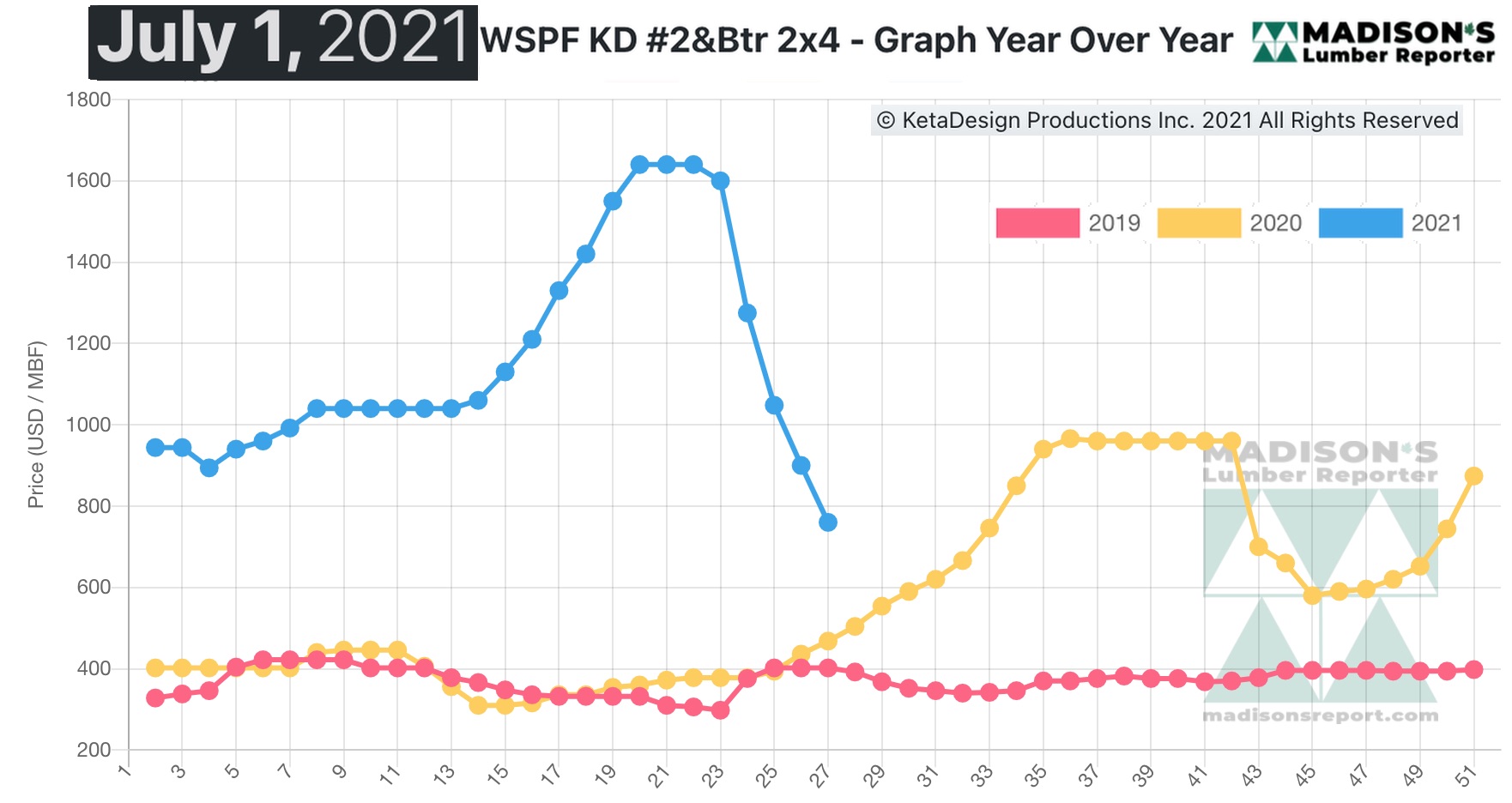