The latest construction framing dimension softwood lumber and panel price movement downward has been enough to motivate previously reluctant customers to start making purchases again. Other circumstances, like wildfires and extreme heat in the usual timber supply areas, are adding uncertainty to how the rest of 2021 summer is going to go. 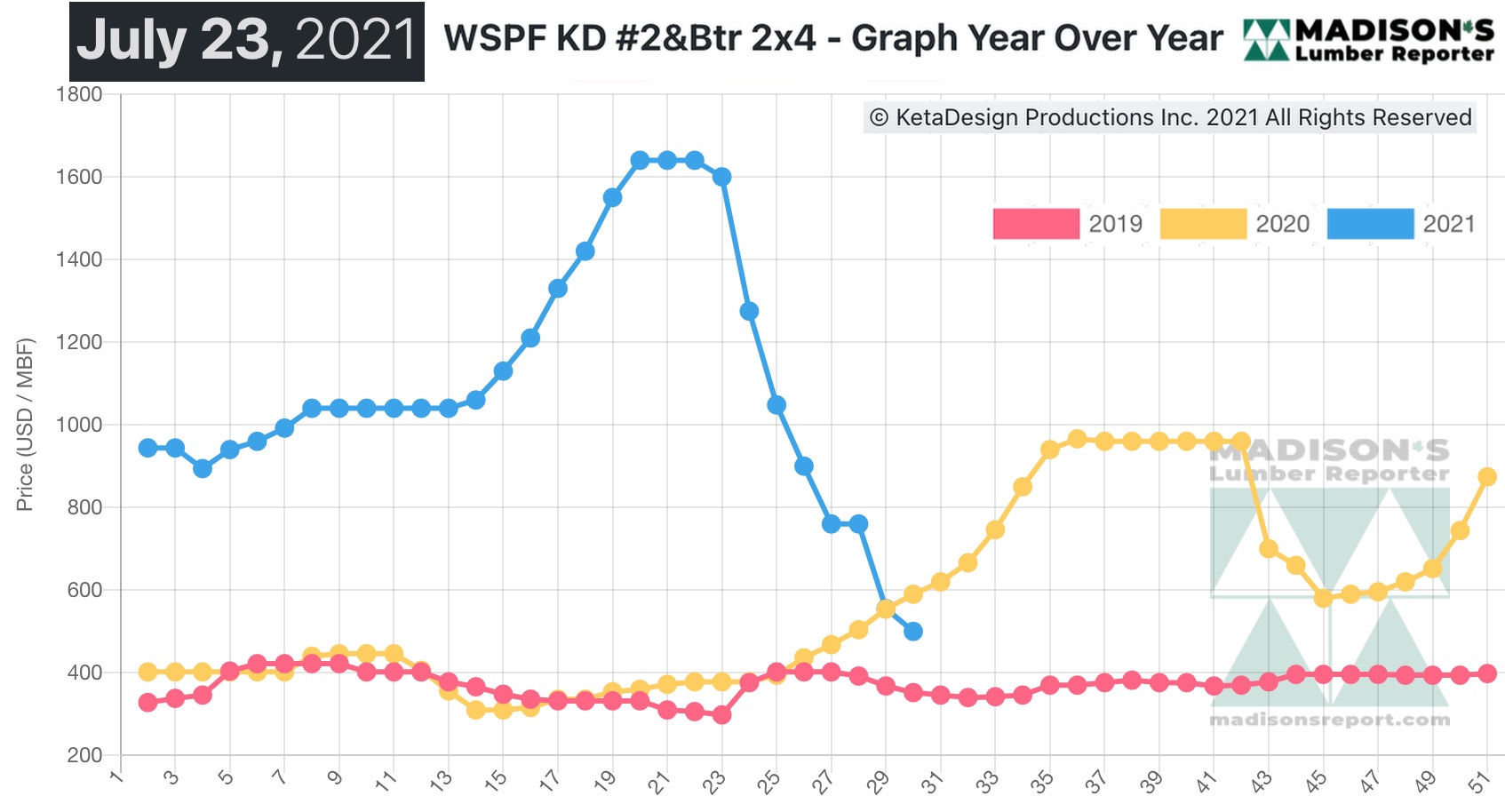 Encouraging U.S. single-family construction activity kept momentum going for lumber sales, even as sales volumes were dropping. It seemed like the market could turn on a dime. The appetite for wood remains strong, it’s just that customers have collectively balked at those unprecedented high prices of two months ago. Are price levels approaching the bottom, prompting many to pull the trigger and make the purchases they have been holding off on, preferring to wait is prices will drop further? Only the next week or two will tell.

“Wildfires and logistical snags got many buyers off the fence this week; prices continued to peel off.” — Madison’s Lumber Reporter

Demand for Western S-P-F in the United States stumbled out of the gate before gaining strength through the rest of that week. Production and supply dominated the conversation. Curtailment announcements in Canada caused secondary suppliers to pull the trigger, and downstream buyers followed suit to restock their depleted inventories. Buyers were mostly focussed on standard grade dimension, as demand for studs and low grade remained weak.

Canadian purveyors of Western S-P-F commodities spent another week trying to find a tradable bottom. Prices remained variable by wide margins as primary and secondary suppliers competed for limited demand. Sawmills continued to receive deep counter offers from buyers but were less receptive than in recent weeks, even as volumes of prompt material piled up. Producers had enough logs to last between two weeks and two months, depending on the mill. Wildfire activity and danger in Western Canada was horrific again.

“Eastern Canadian sawmills were more consistent with their pricing to start the week. They still sought out business from day to day but were firmer and less amenable to counter offers than buyers had gotten used to in recent weeks and months. As the week progressed more buyers seemed to find their preferred levels, so covered some short-term needs.” — Madison’s Lumber Reporter 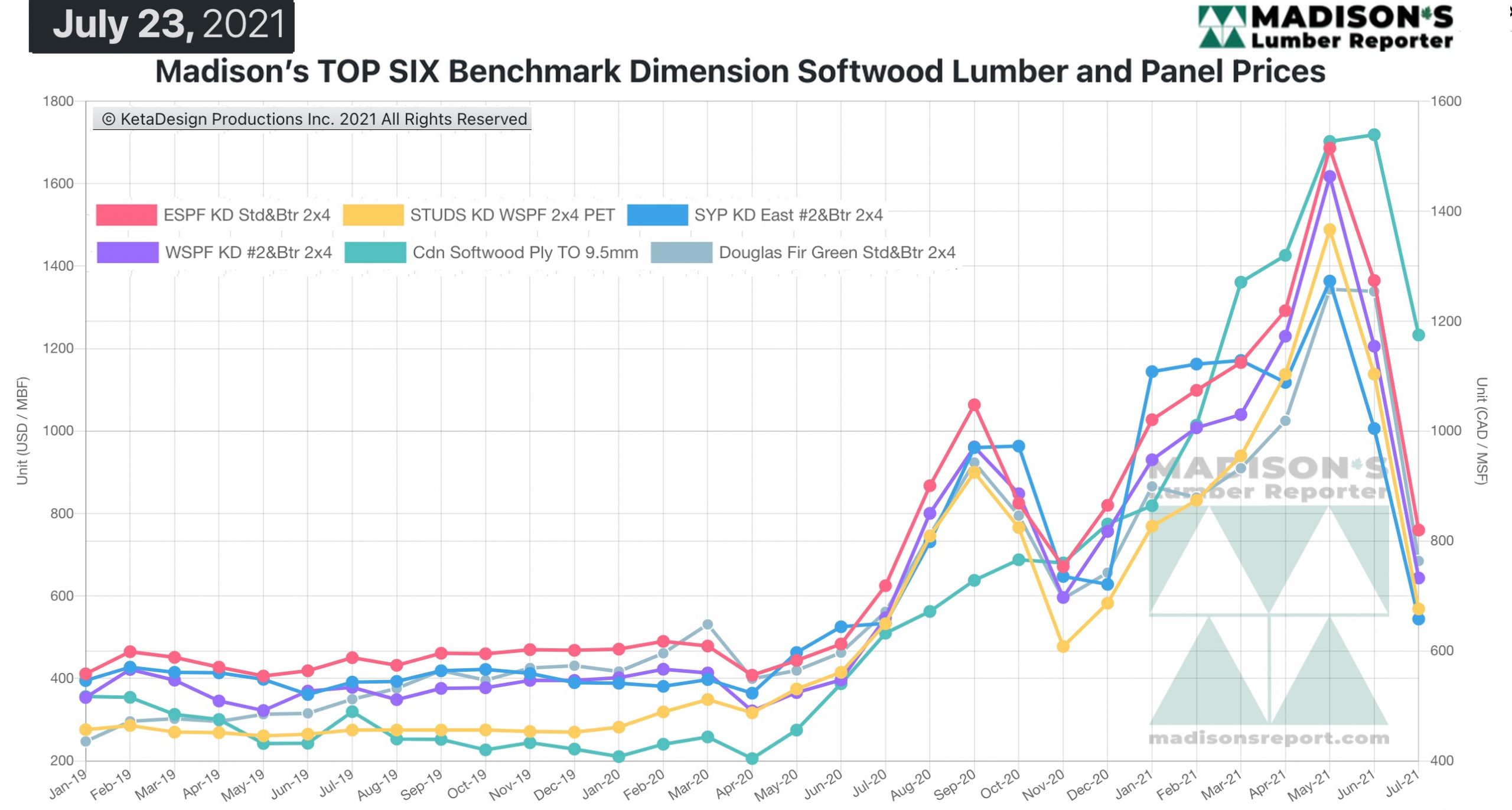