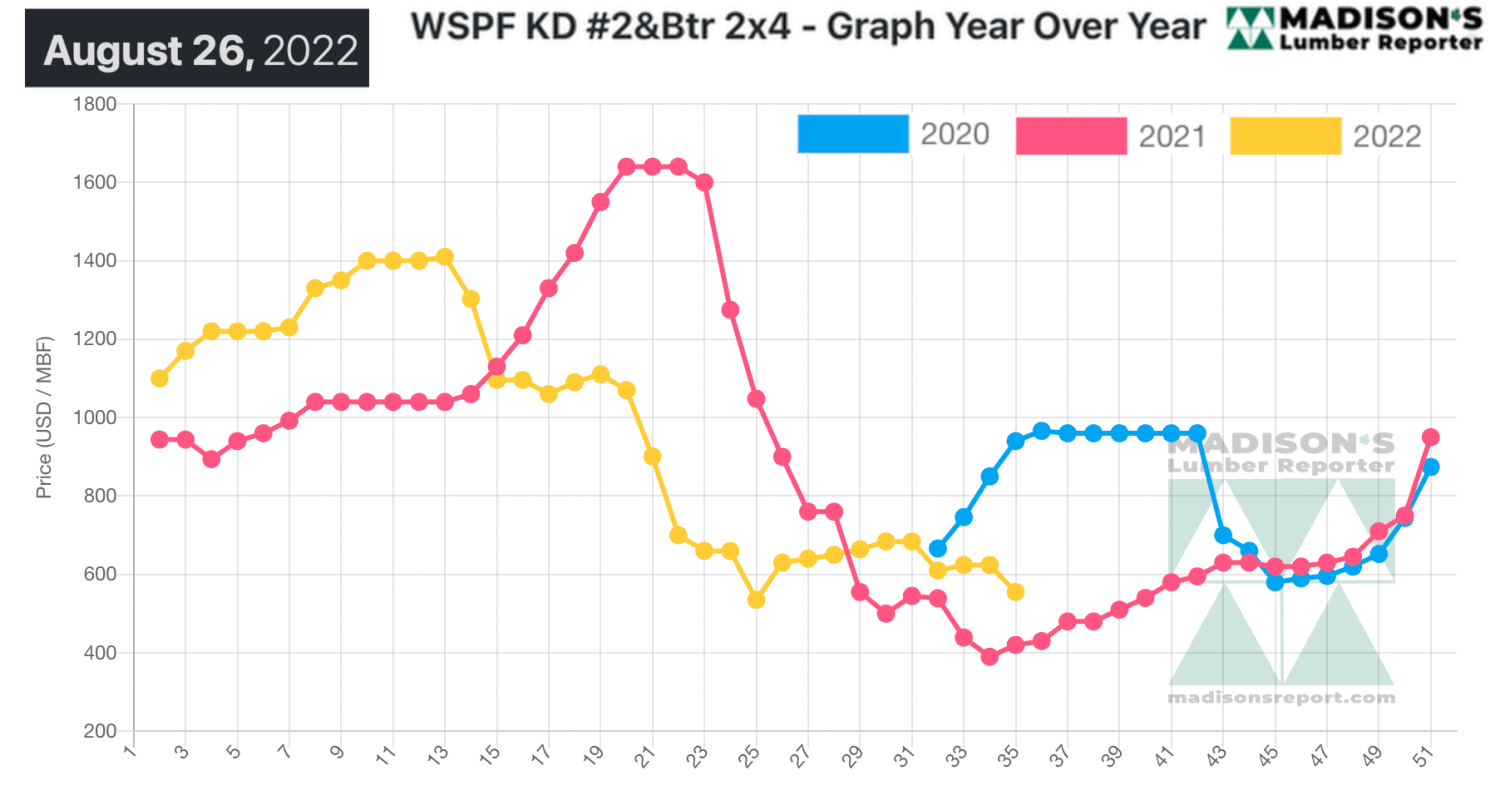 Here’s an old adage often used by Madison’s Lumber Reporter to explain the typical seasonal cycle of lumber prices: “Labour Day is the beginning of the end and U.S. Thanksgiving is the end of the end.” This means that lumber prices usually drop around the Labour Day holiday, then keep falling until the U.S. Thanksgiving period, which normally marks the lowest prices of the year for wood products.

Of course, we have not been in a normal year since early 2020; and the past two years have not had the seasonal price trends seen historically. Indeed, even realtors have reported that the usual annual trend of home buying and selling activity has not been in place for the last two years. Could 2022 mark a return to what lumber industry players have known as the typical seasonal price cycle? Only time will tell.

Multiple players reported that sawmills continued to ship material at current print levels while also quietly dumping wood at up to $100 below print on volume deals.

“Demand and resultant sales activity were kept quiet by late-summer apathy and overall uncertainty about the direction of the market.” — Madison’s Lumber Reporter 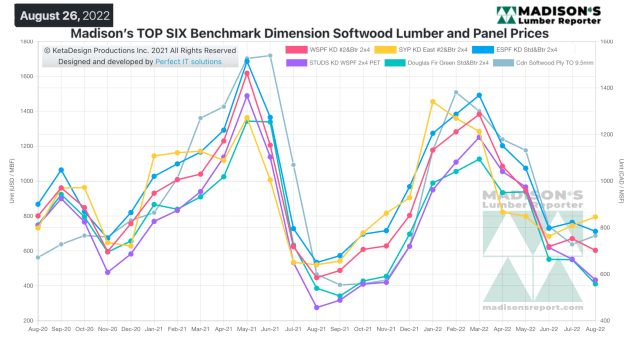 Another week of humdrum business dragged by as the few Western S-P-F purveyors in the U.S. who weren’t on vacation longed for September to arrive. Prices were hard to nail down, but 2×4 R/L dimension numbers fell resoundingly across all grades. Traders noted that the market just felt paralyzed, as both buyers and sellers stood pat in fear of ending up on the wrong side a few weeks down the road if they make a misstep now. This only added to the already-significant confusion swirling in the market. Sawmill order files were apparently into the week of September 12th in most cases.

Uncertainty and quietude continued to characterize the Western S-P-F market, according to Canadian suppliers. Plenty of folks from every segment of the forest industry were still away on late-summer vacations. Buyer activity remained muted and confined to small volume, just-in-time purchases. The most commonly-traded commodity was, as usual, #2&Btr 2×4 R/L, but even that bread-and-butter item was apparently slow to move. Asking prices covered a considerable range between regional and national sawmills as they all tried to capture what little demand was out there.

“Western S-P-F stud producers in Canada cut their asking prices on bread-and-butter trims again, to the tune of $50 to $110. Buyers remained cautious and inactive for the most part, leaning on mixed loads from mills and prompt coverage from the distribution network to keep their inventories from running down to bare pavement. Stud mill order files continued to shrink, with ample prompt availability on many trims and nothing further than two weeks out.” — Madison’s Lumber Reporter