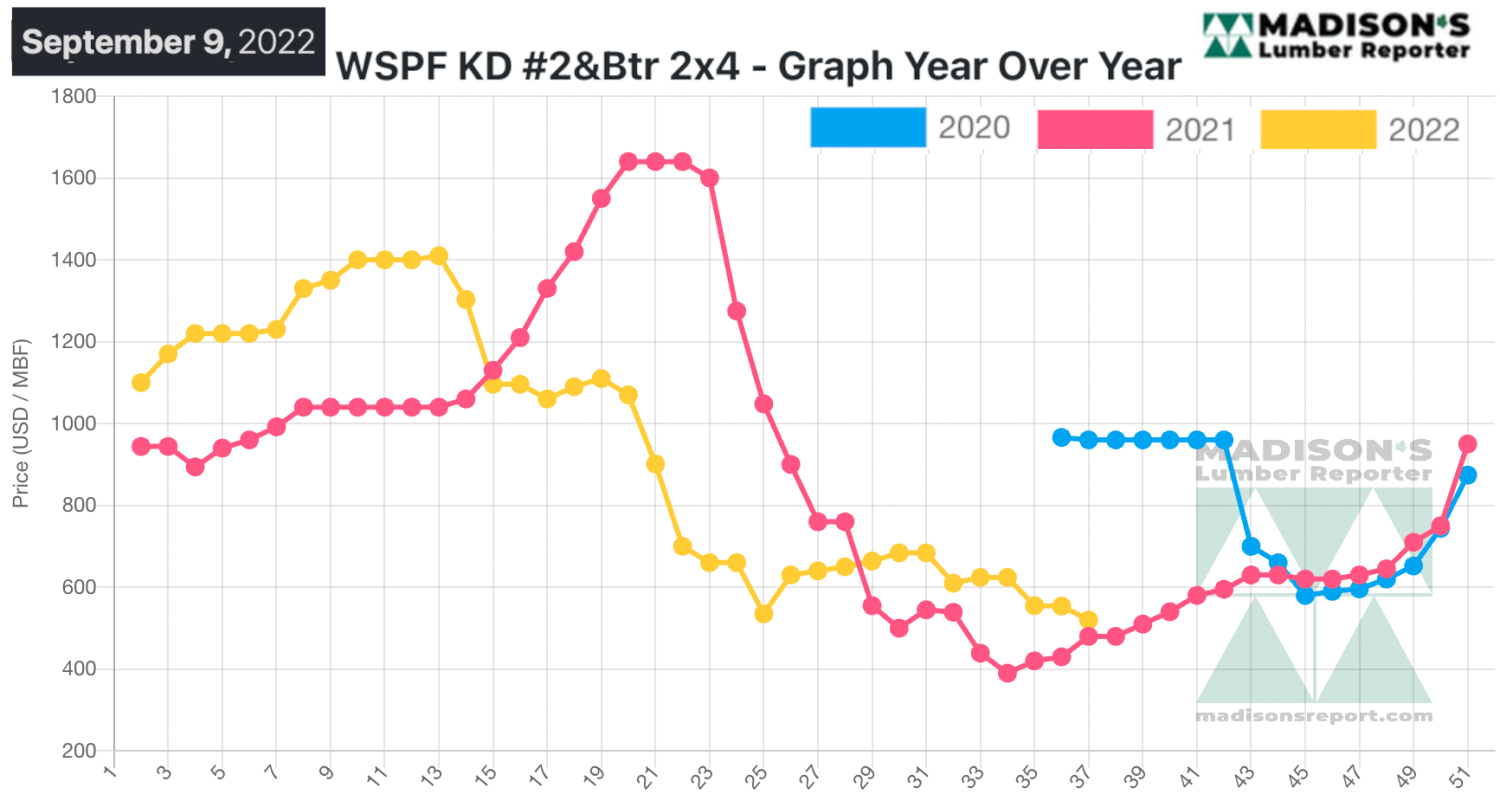 It is normal for this time of year for North America construction framing dimension softwood lumber prices to be falling, as the bulk of main home building activity is finished for the season.

There are times when the weather is good so a bump in DIY and home remodelling brings an increase in demand at retailers, potentially propping up prices slightly. Of course, the past two years have not been normal and it is still unknown if the usual seasonal cycle of real estate and home building will return this year. For now the benchmark lumber prices have waffled somewhat over the past couple of months. Does this signal a drop, as would be normal, through autumn into the real annual slowdown during the holidays? Only the coming months will reveal.

“Confusion and trepidation were the watchwords in the North American lumber market as the post-Labour Day litmus test was unclear as yet.” — Madison’s Lumber Reporter 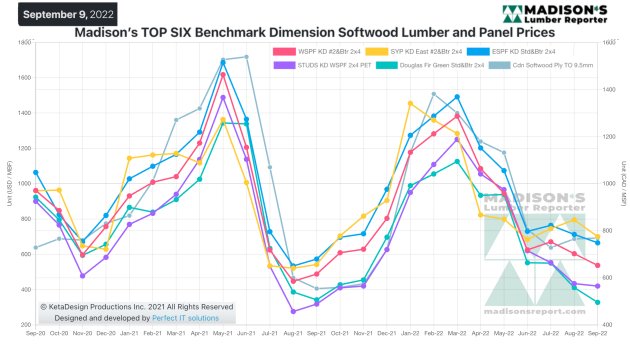 Traders of Western S-P-F commodities in the United States remained unsure about the direction of the market after a puzzling post-Labour Day week. Buyers showed no more urgency than they did through the month of August, despite their extremely light inventories. As one veteran player noted, it seemed like everyone was waiting for everyone else to make the first move.

Confusion and trepidation were the watchwords in the North American lumber market at large, and Western S-P-F  was no exception. Scattered reports came in from motivated buyers of substantial discounts at the sawmill level. Meanwhile, the distribution network appeared to be adequately supplied for the moment, with customers turning to secondaries when they needed quick shipment – albeit at firmer prices. Transportation has been a low-key bright spot lately, with relatively smooth delivery times and decreasing freight rates as fuel prices continue to stabilize — and even drop in some regions.

“Demand for green Douglas-fir was very slow again, dashing the hopes of suppliers who looked forward to September as a potential jumping off point to better business. Buyers absolutely refused to purchase more than they needed. Resultant sales were sluggish to say the least.” — Madison’s Lumber Reporter