The big drops in lumber prices which started around the dual holidays of Victoria Day in Canada and Memorial Day in the U.S. continued for five weeks, until the dual national holidays at the beginning of July. In the following week most lumber commodity prices were essentially flat, indicating a possible stabilization of the supply-demand balance. Whether these current price levels will hold, no one knows. Could prices rise again? Or fall more? Only the next couple of weeks will tell. One thing is for sure though: lumber prices will not return to the “normal” level of around $300 seen over the previous 10 years.

Back in May 2021 when lumber prices reached an all-time-ever historical high, and stayed there for a few weeks, customers held off buying in hopes that prices would go down. Now that, eventually, they have done so, there is a not insignificant amount of pent-up demand. At the producer level, the goal has been to plump up order files. Sawmills have been willing to entertain steep counter-offers and sell at lower prices in order to increase sales volumes and push production out by a few weeks.

Western S-P-F sales activity was quiet in the U.S. to start the week ending July 8, but demand ramped up as players came back en masse after their July 4 holidays. Prices continued to vary wildly between suppliers at both the primary and secondary levels, and sawmills were more than amenable to counter offers.

Canadian Western S-P-F lumber producers apparently sold decent volumes for the week ending July 8, especially from midweek-on as U.S. customers got back to their desks following the Independence Day holiday weekend. Both primary and secondary suppliers reported steady demand as buyers were in the driver’s seat, throwing out counter offers and shopping around for the best combination of price and shipment terms. 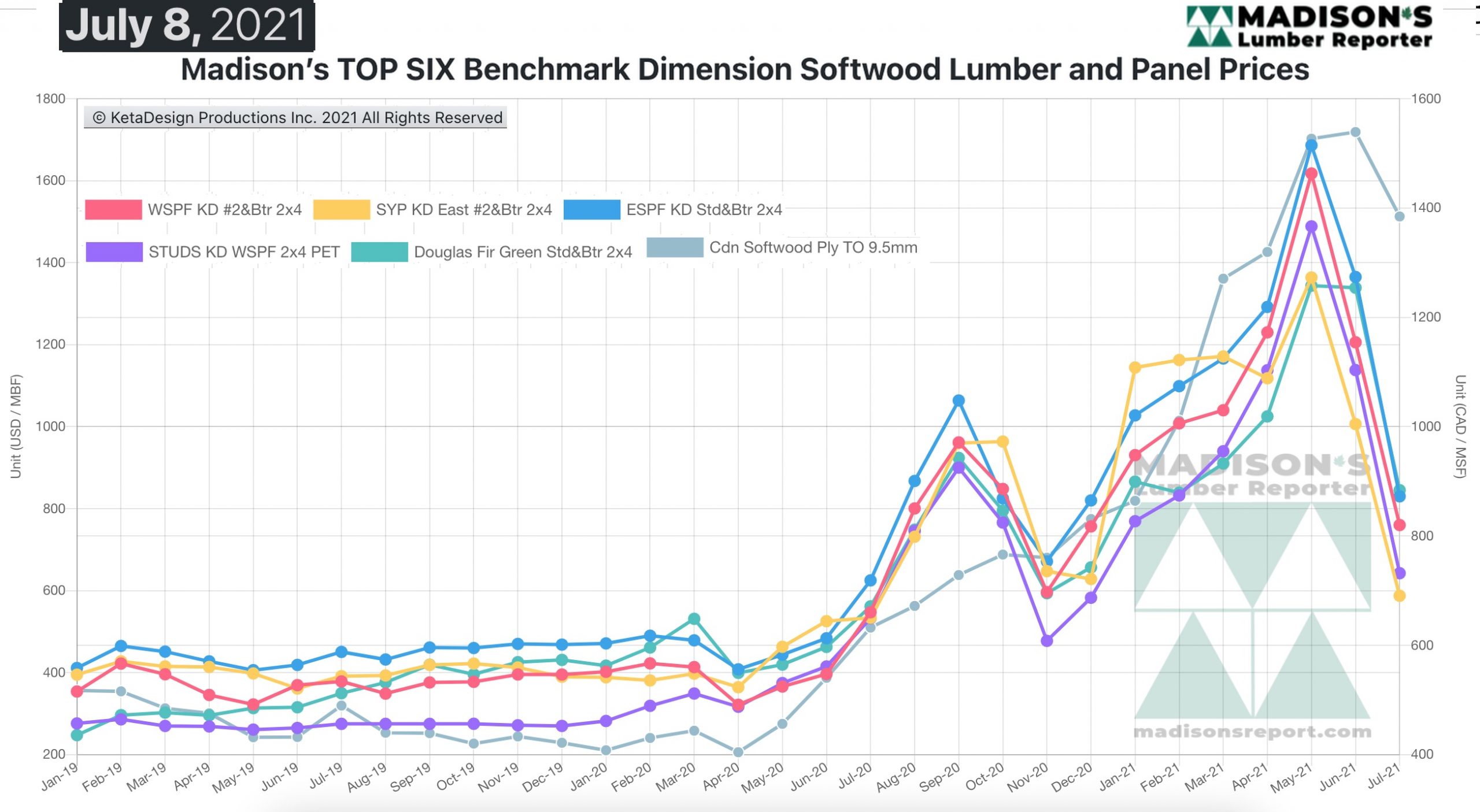 “Green Douglas fir purveyors’ confidence grew that a price bottom was in sight for the market. Demand remained pokey as many buyers continued to watch and wait.” — Madison’s Lumber Reporter 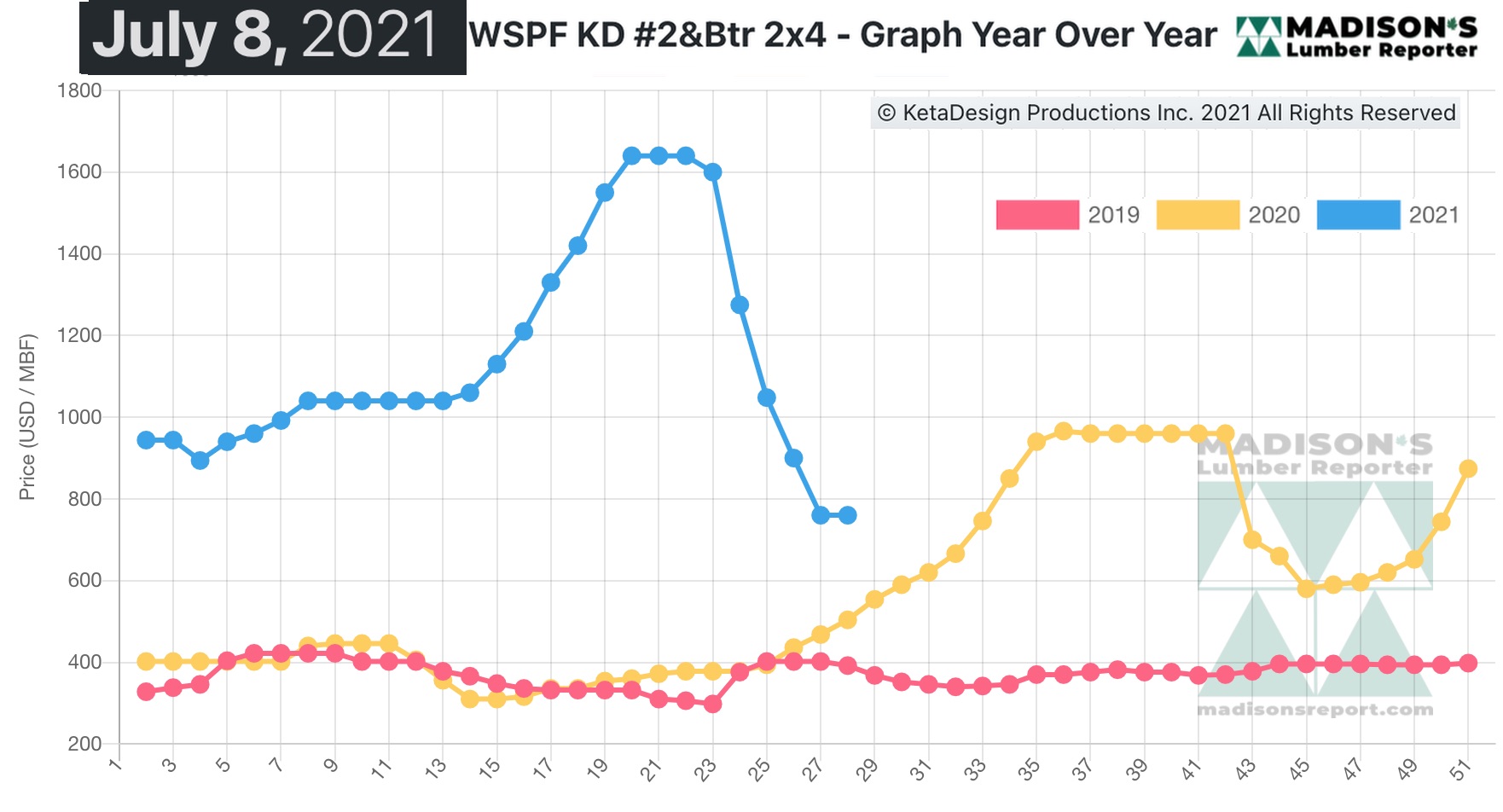