Lumber end-users and resellers alike shed their reluctance of the past few months to make purchases, as prices have returned to what would be considered historically “normal” levels. Once again inventories were extremely lean, as those who could wait to buy wood did so. The previously stratospheric price levels of spring were a long-distant memory, providing confidence to buyers that now was the time to pounce. Meanwhile, housing construction activity across the U.S. and Canada remains quite strong, with the latest data releases suggest there will be ongoing demand throughout autumn. 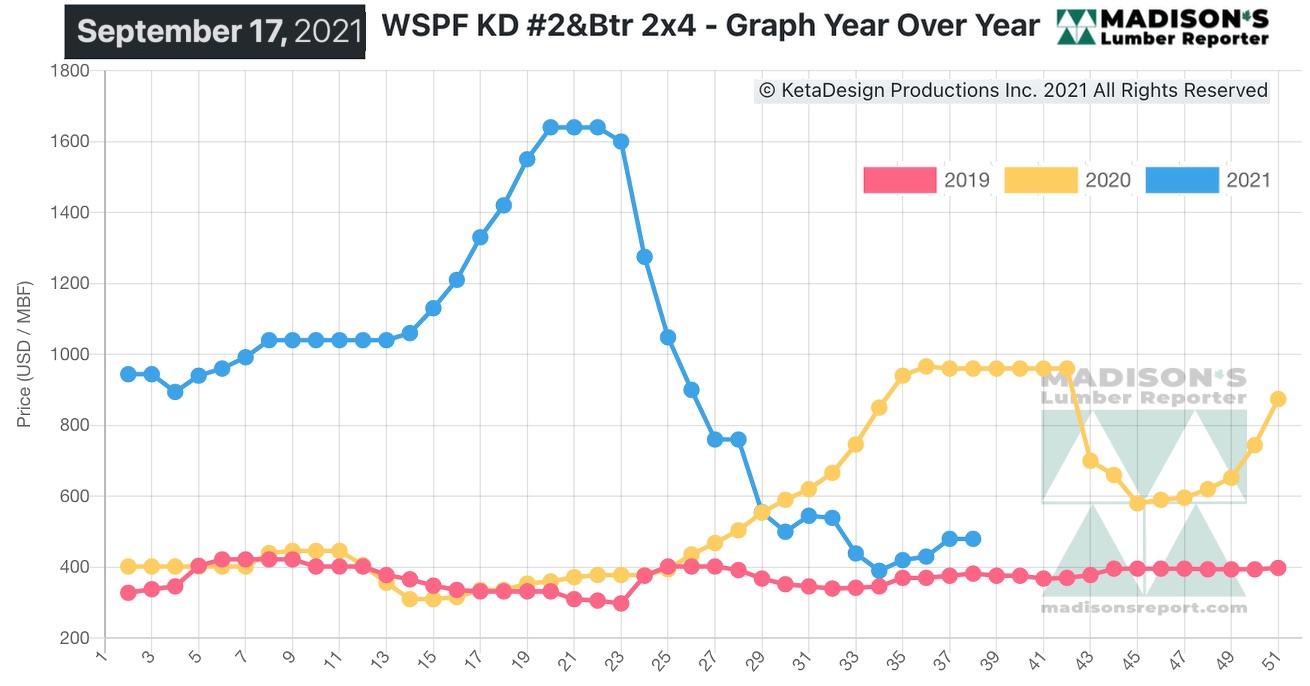 As volumes were cleaned up by hungry customers who had let their stocks run down, there was a a much-needed boost of inquiry for low-grade offerings.

Tight inventories Western S-P-F commodities in the U.S. were again a problem as scores of buyers jumped into the fray to book purchases, only to find supply was low. Players reported that getting price quotes back from Spruce-Pine-Fir sawmills was a persistent challenge. One of the main culprits of low supply was difficulty in sourcing trucks. Personnel and equipment shortages caused delays of at least one week, and that was only if the supplier had material on the ground.

Western S-P-F producers in Canada described a steadily improving lumber demand, with inquiry and follow-through purchases increasing as the week wore on. Order files ranged from one- to three-weeks out depending on the sawmill and item. Buyers who had been practicing fence-sitting came down from their perches, as construction markets across the continent bloomed.

“Sales of Southern Yellow Pine lumber and studs advanced. Regardless, sawmills continued to have trouble making higher prices stick. A few mills went off the market on 2×4, while, at two weeks, 2×12 garnered the longest order file of any SYP dimension commodity.” — Madison’s Lumber Reporter 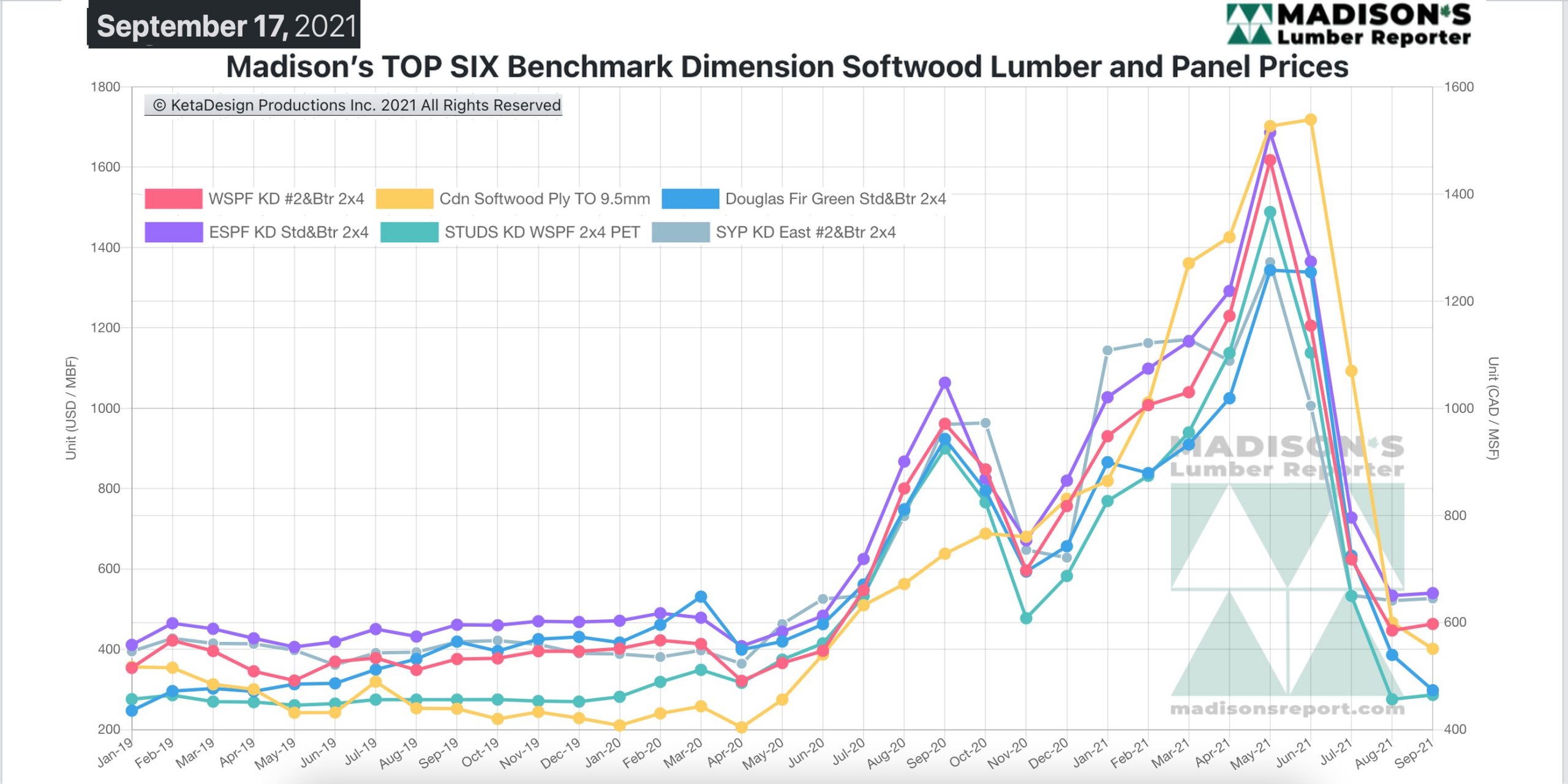