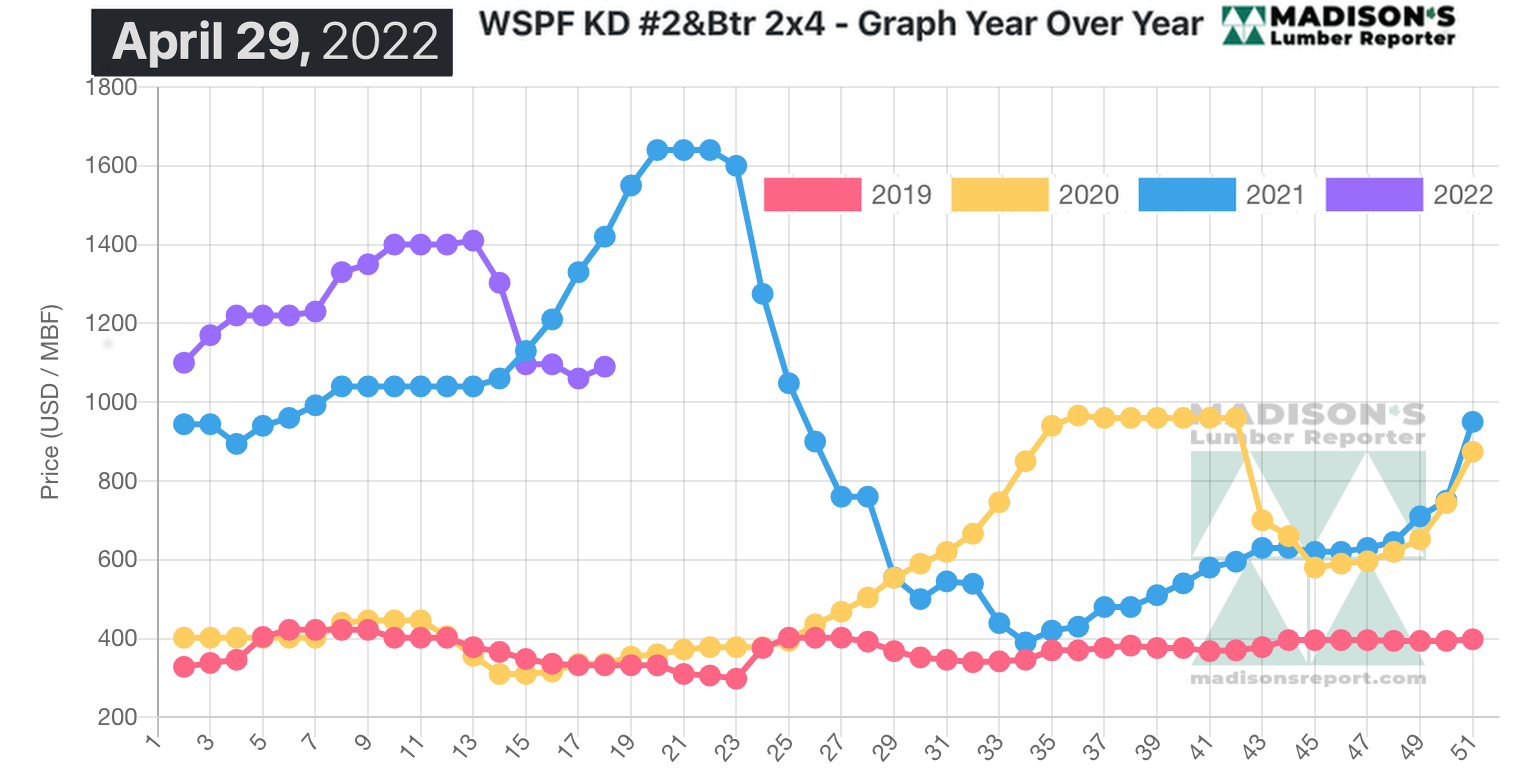 The slight lull in buying through March and April brought lumber prices down to levels which made customers comfortable. A spate of purchasing ensued at the end of April, levelling off prices then bringing them slightly upward. Market conditions continued confusing, with quite some variation among suppliers. Those well-stocked with inventory sold handily to waiting customers. Meanwhile, transportation delays caused yet more consternation with producers and customers both; everyone was spending so much time searching out wood in the supply chain, rather than making actual sales.

That strong sales activity didn’t go unnoticed by opportunistic customers on the sidelines.

“Solid demand persisted in a confusing market this week as most commodity prices hovered around the previous week’s levels, and buyers were unsure whether they should make a move to purchase or wait longer.” – Madison’s Lumber Reporter 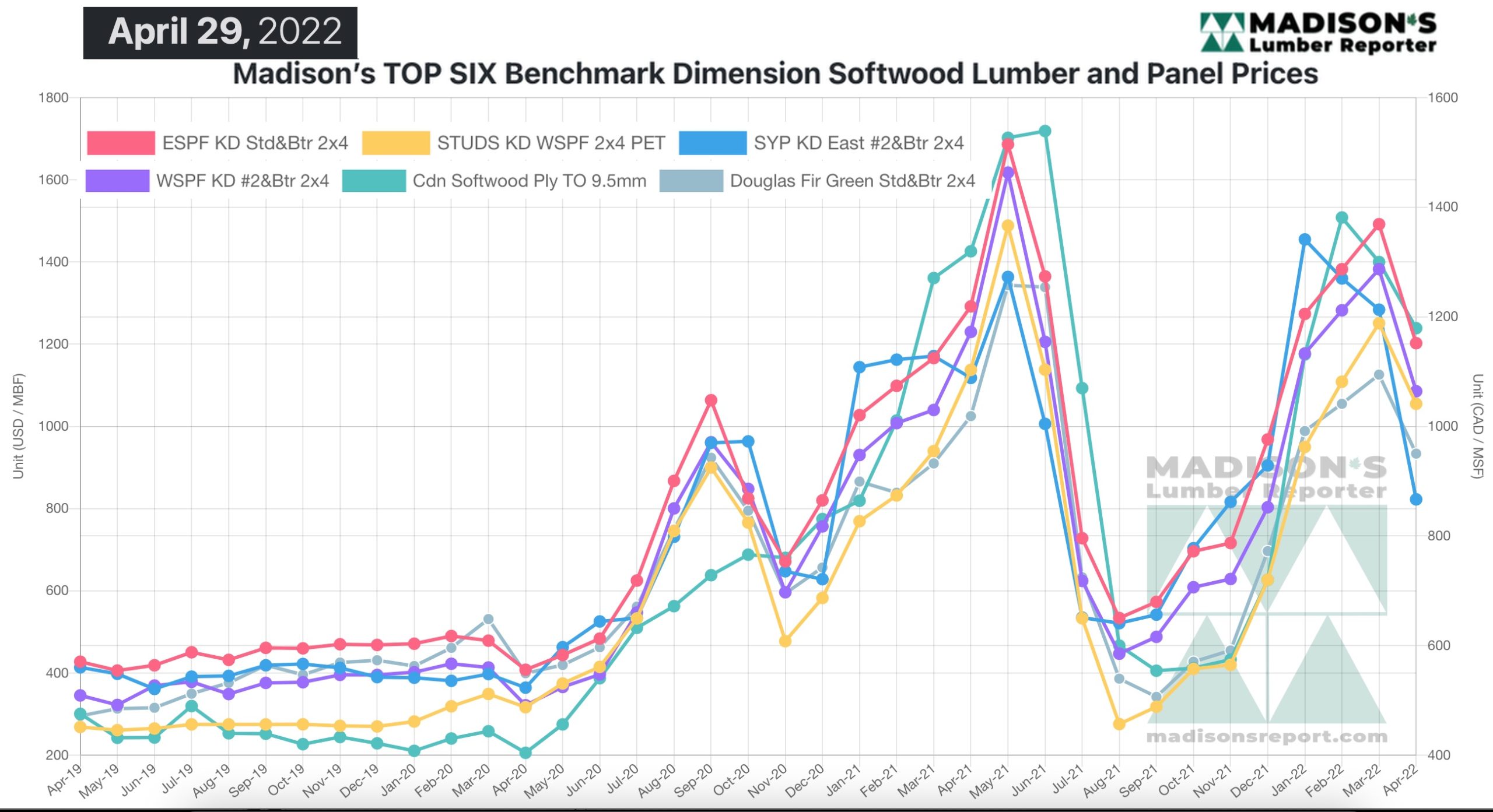 The Western S-P-F market continued to firm up according to players in the United States. Sawmill price lists were thinner and there was less prompt wood available after a strong wave of sales activity the previous week. Producers strengthened their order files, extending most items into the week of May 16th. While the dimension market found further balance, WSPF studs sales were solid to start the week and only got tighter from there. Suppliers bemoaned ongoing issues in transportation, particularly into and out of Canadian locations.

Demand and sales activity in the Canadian Western S-P-F market evened out to solid levels. Narrow offerings continued to lead the way in terms of sales volumes, and consistent takeaway caused many heretofore vacillating buyers to secure some of their own immediate needs rather than waiting for another round of corrections. Producers reported sawmill order files into mid- or late-May.

“The week started with a bang in Eastern Canada, as buyers were busy early and sawmill lists were cleaned up quickly. Logistical concerns continued to bedevil every transaction, and calls to suppliers asking, “Where is my order?!” were frequent. Solid takeaway persisted through the balance of the week according to traders.” – Madison’s Lumber Reporter