As suggested by Madison’s in the previous two weeks, benchmark softwood lumber prices did indeed remain flat for the week ending March 19 as customers digested previous orders. However, prices of less-usual grades, sizes, and species did increase. Industry players noted that the spread between #3/Utility grade and standard-grade #2&Btr has closed remarkably; in fact, those disparate items are selling for almost the same price. As well, prices of straight-lengths have risen as buyers search for replacement items in the face of incredibly strong benchmark commodity prices.

By way of comparison, in Western Spruce-Pine-Fir the benchmark item — most often quoted by Madison’s and the item most heavily represented in Futures pricing — WSPF KD 2×4 #2&Btr R/L remained at US$1,040 mfbm, while #3/Utility was selling for US$950 (which was also flat from the previous week). For it’s part, WSPF KD 2×4-8’ (also known as specified-lengths) was the hot item, selling for US$938 which was up +$20, or +2%, from the week before. In the coming weeks, Madison’s will make a graph comparing these particular items, so readers can see the change in price spread over time.

“Most players agreed that while prices appeared to be plateauing, the market remained drastically undersupplied.” — Madison’s Lumber Reporter

For the week ending March 19, even as sales waned according to Western S-P-F sellers in the U.S., the undersupplied nature of the market remained apparent. One savvy trader noted, “Inventory is your friend.” Sawmill order files were into the first and second weeks of April depending on the source and item. Logistical efficiency was also variable from mill-to-mill.

While Western S-P-F producers in Canada continued to emphasize strong demand, sales were definitely quieter last week. Sawmill order files were into the week of April 12 and shipments remained roughly three weeks behind that. Low grade was again a focus among active buyers as its discount to #2&Btr attracted more business. 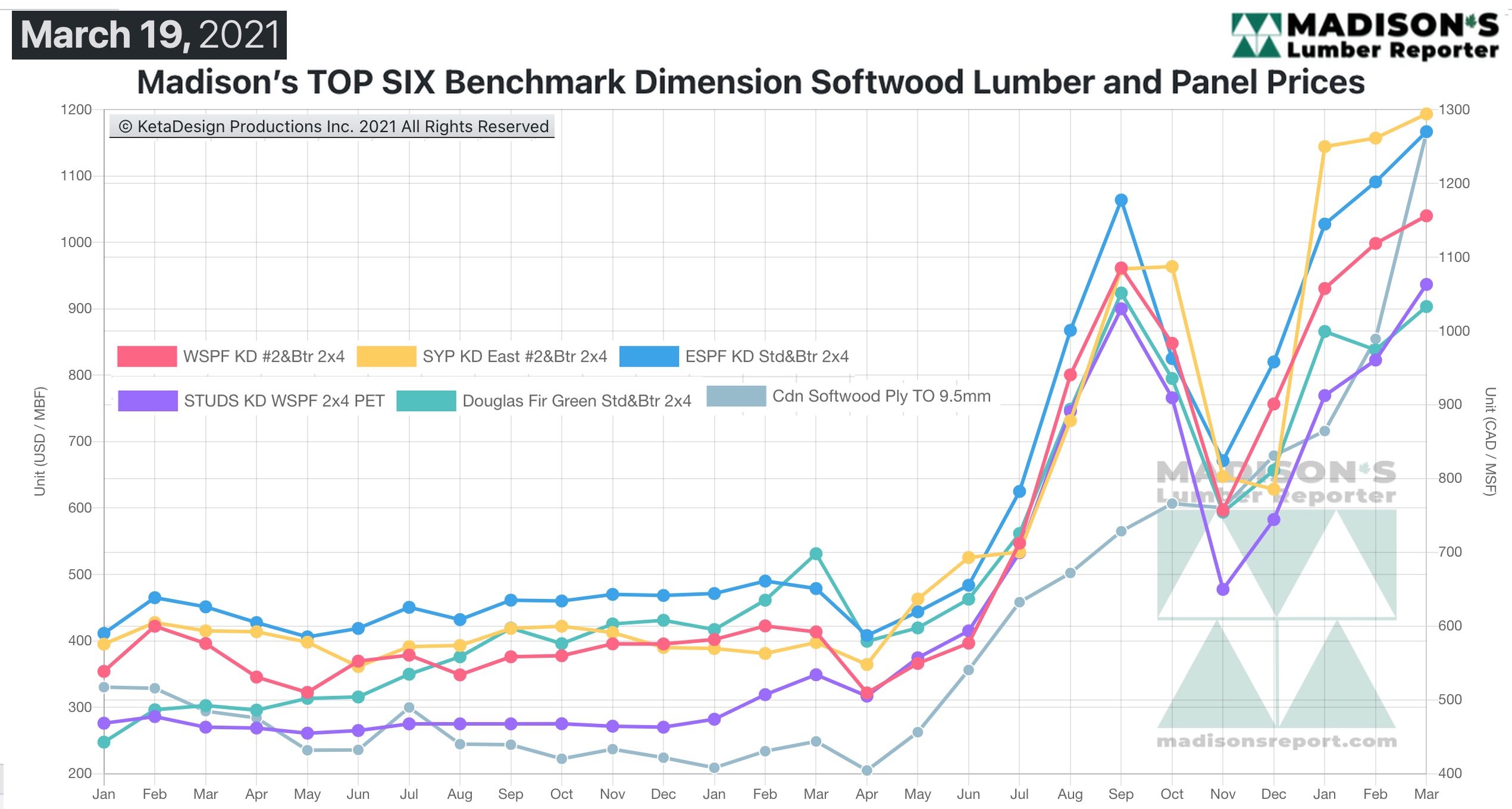 “Southern Yellow Pine dealers described plateauing prices, with customers becoming more circumspect as they digested incoming orders and watched for signs of softness. Accounts from dimension sawmills varied; depending on the region and item in question, some were taking small counter offers while others were apparently quite busy.” — Madison’s Lumber Reporter 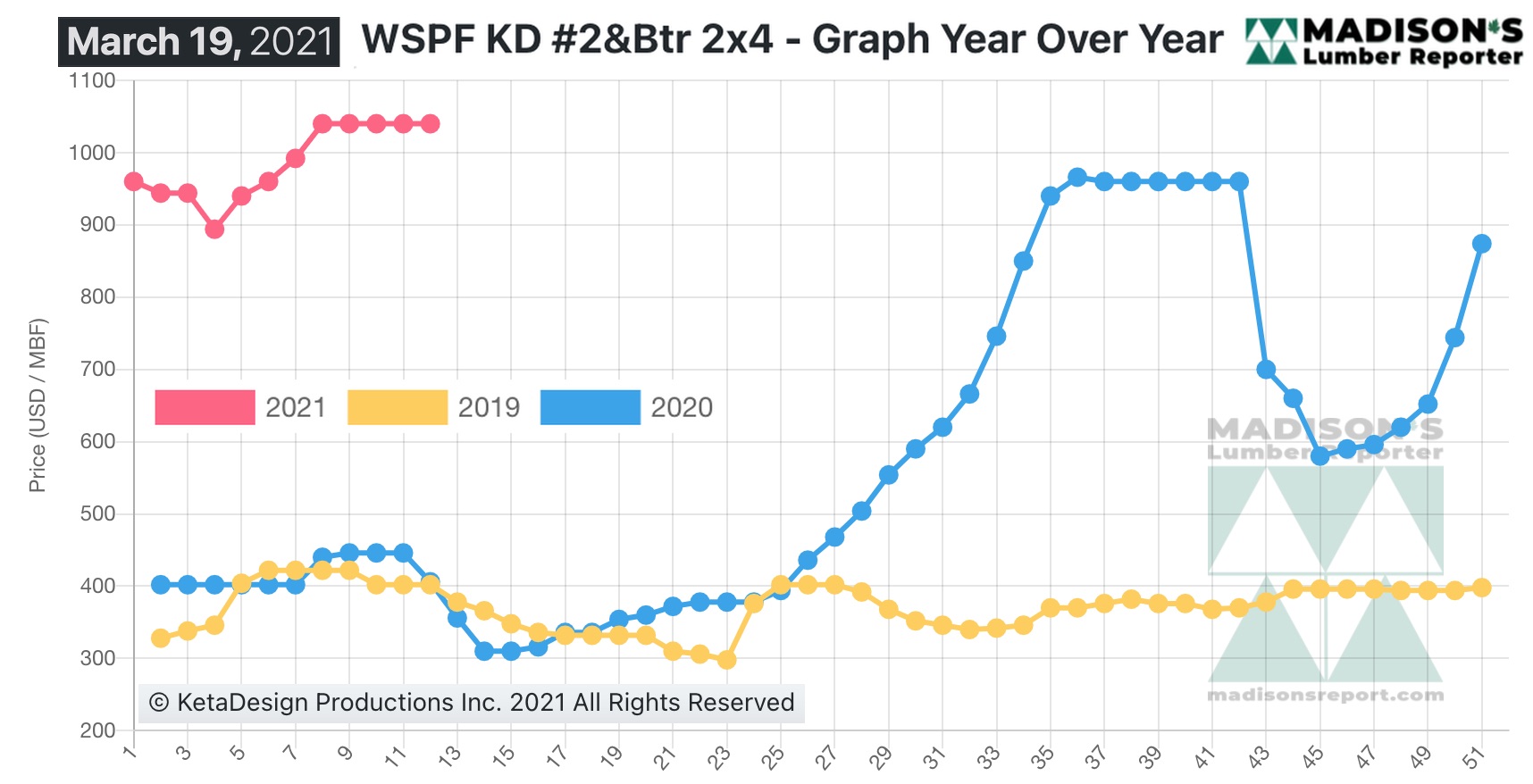