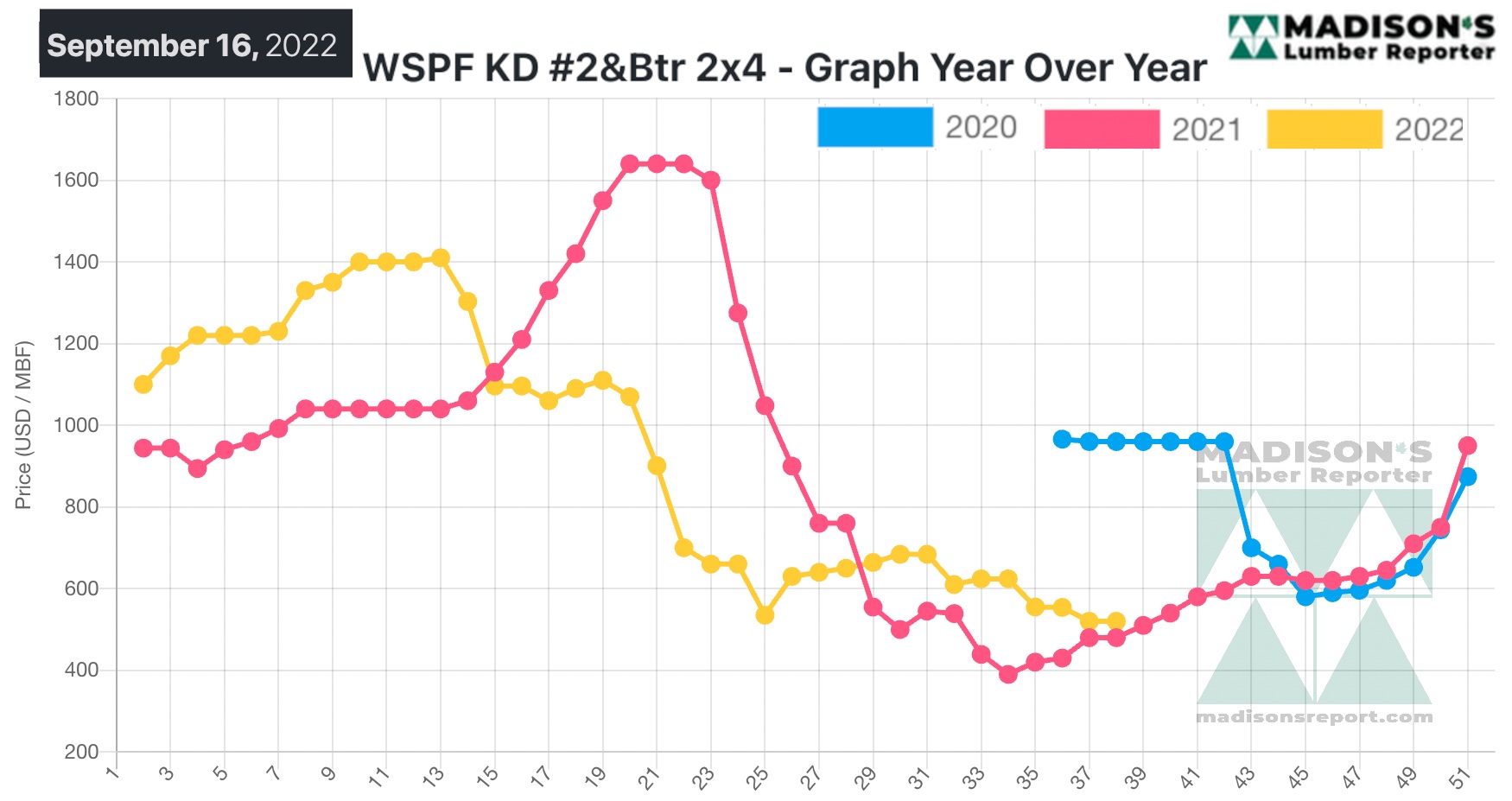 As inventories in the field tightened up, many benchmark softwood lumber prices stayed flat in mid-September. Supply at producers was quite lean, providing sawmills the opportunity to keep prices flat as they boosted order files out to two weeks – which is quite strong for the time of year. For their part, wholesalers and other secondary suppliers offered somewhat lower prices to keep their more ample volumes of product on-hand moving. The week had begun with a potential major job action on U.S. railways at the top of everyone’s minds, prompting those who had been waiting to make purchases to get off the fence and actually buy. Of course, the dispute was settled well before any actual work stoppage occurred, so by the end of that week all fears of delayed deliveries were dismissed.

Limited field inventories for the week ending September 16, 2022 kept the price of benchmark softwood lumber item Western Spruce-Pine-Fir 2×4 #2&Btr KD (RL) at US$520 mfbm, said weekly forest products industry price guide newsletter Madison’s Lumber Reporter. This is down by $0, or 0% from the previous week when it was $520, and is down by -$83, or -14%, from one month ago when it was $603.

Sawmills were apparently still taking counter offers to clear out certain straight lengths which continued to show prompt availability, while common R/L offerings began to garner order files up to two weeks out.

“The lumber market was in a pensive, anticipatory state as players waited for a resolution to the potential nationwide rail strike in the United States.” – Madison’s Lumber Reporter 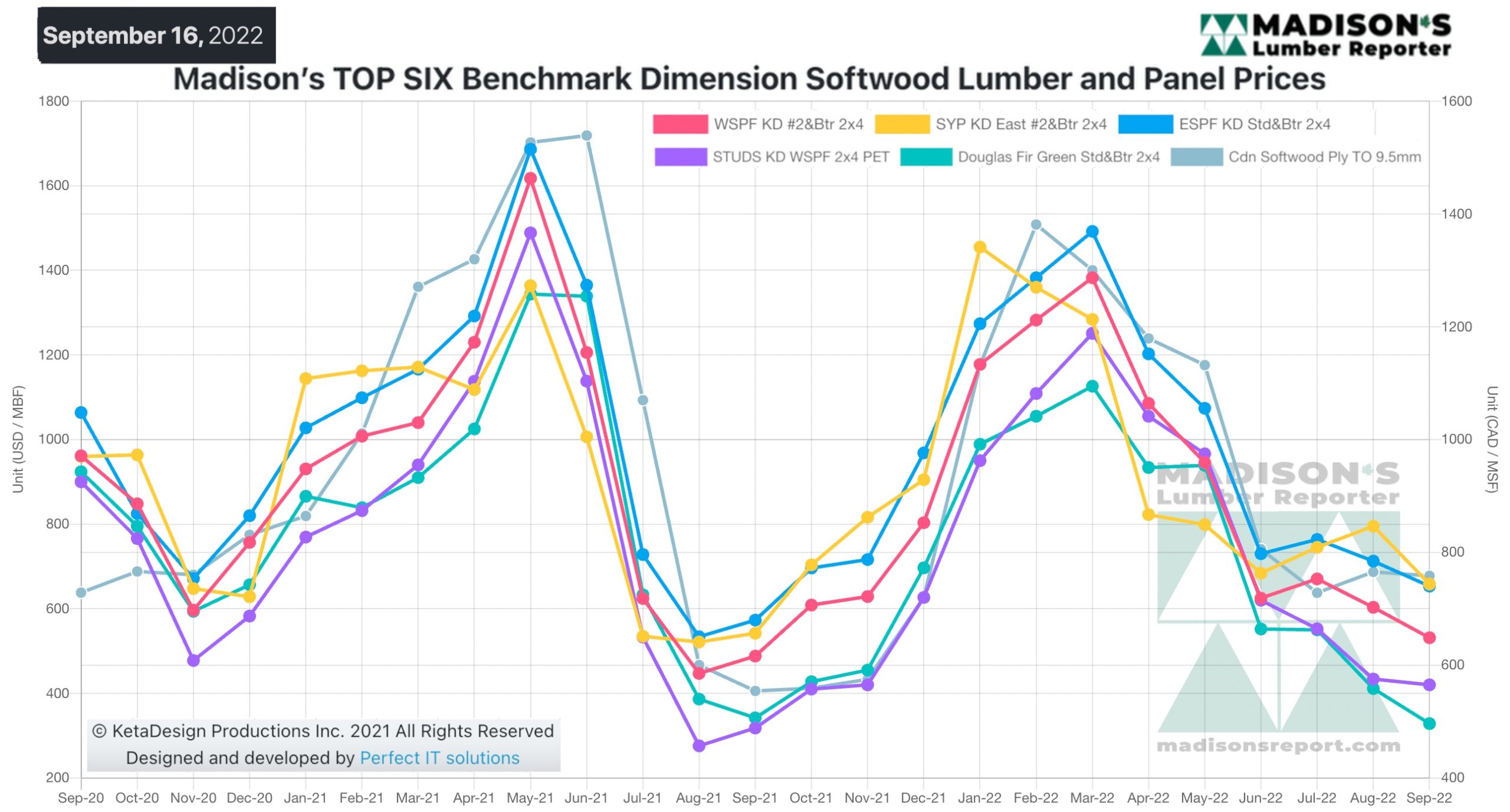 Purveyors of Western S-P-F lumber in Canada noted a better tone to demand. A considerable contingent of buyers pulled the trigger as pressure generated by the threat of a nationwide rail strike in the U.S. became too much to bear. Suppliers consequently reported steadily improving demand, with prices on several bread-and-butter commodities printing flat or up from the previous week’s levels. However, the longevity of this recent surge in business was very much in question.

“Stud prices rebounded for the most part, with 2×6 trims gaining the most ground. The turnaround further dismasted already-confused buyers, pushing many off the fence and into deal-now mode. Stud mill order files were into late-September and knocking on the door of October, while previously-ample availability in most items appeared to be drying up.” – Madison’s Lumber Reporter