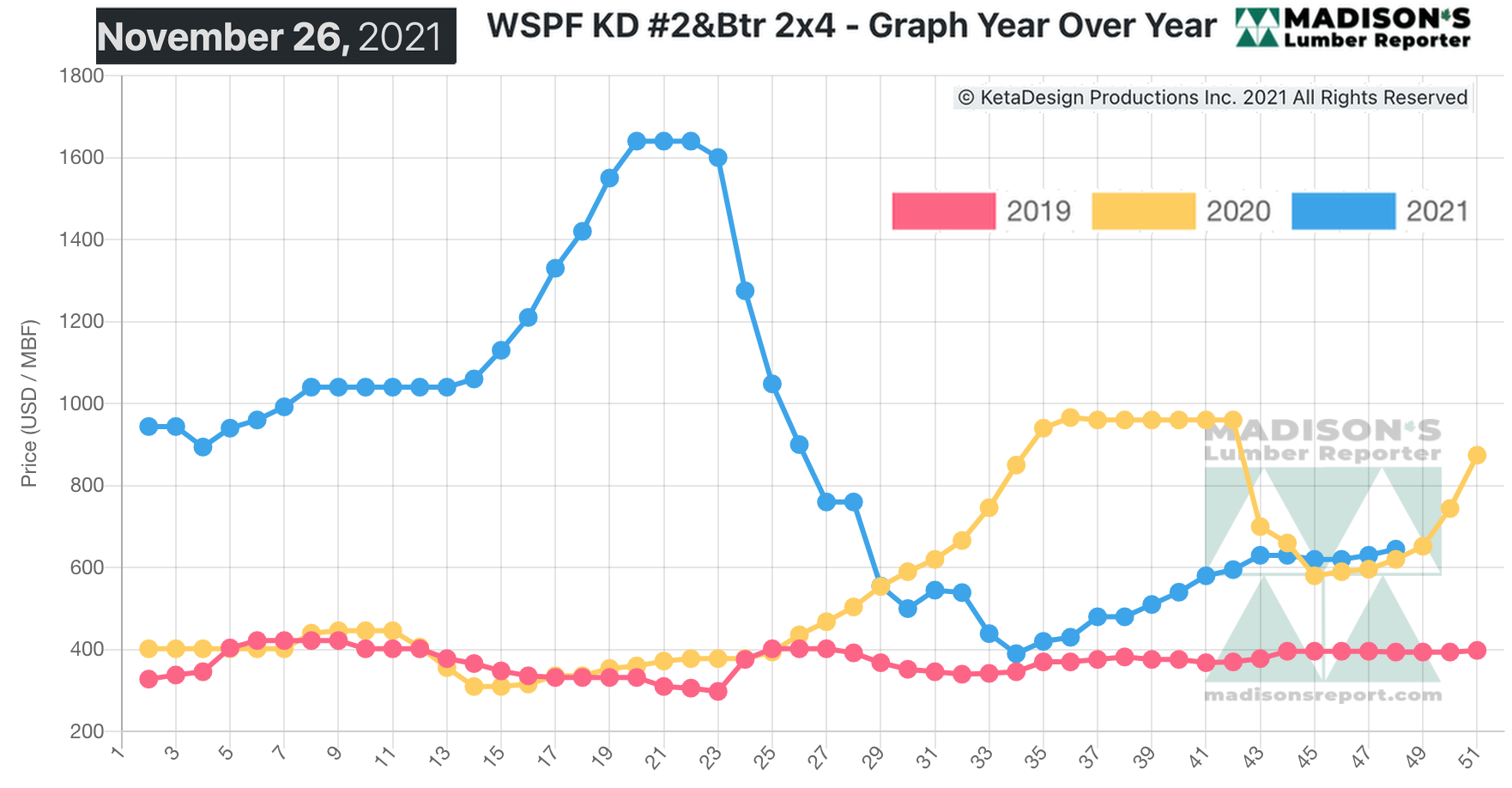 As explained last week, the North America construction framing dimension softwood lumber market has changed forever.  Following the massive flooding and infrastructure damage to transportation routes in southern British Columbia, which will take many months to repair, for the week ending Nov. 26, 2021 industry players had not yet been able to determine what impact this supply impediment would have on lumber prices. However, it was known hat the supply-demand balance is now decidedly in the favour of producers. This is because most players were not stocking inventory, generally in the hopes that prices would go down. Now that there are huge logistical challenges in moving wood out of the important fibre basket in B.C., those who still need lumber before the end of this year are scrambling to find whatever material they can.

This is, of course, sending prices higher. Normally at this time of year players have ordered — and indeed received — any lumber building materials they need for the end of the year and prices are starting to go down. That was not the case last year, and does not seem to be the case this year. Please see graphs attached for more details.

At time of writing the two Canadian railways were back to running through southern B.C., and the Port of Vancouver was re-opened. However there is a significant backlog of goods waiting to move, which would take quite a while to work through at the best of times, not to mention right at the busy holiday season. 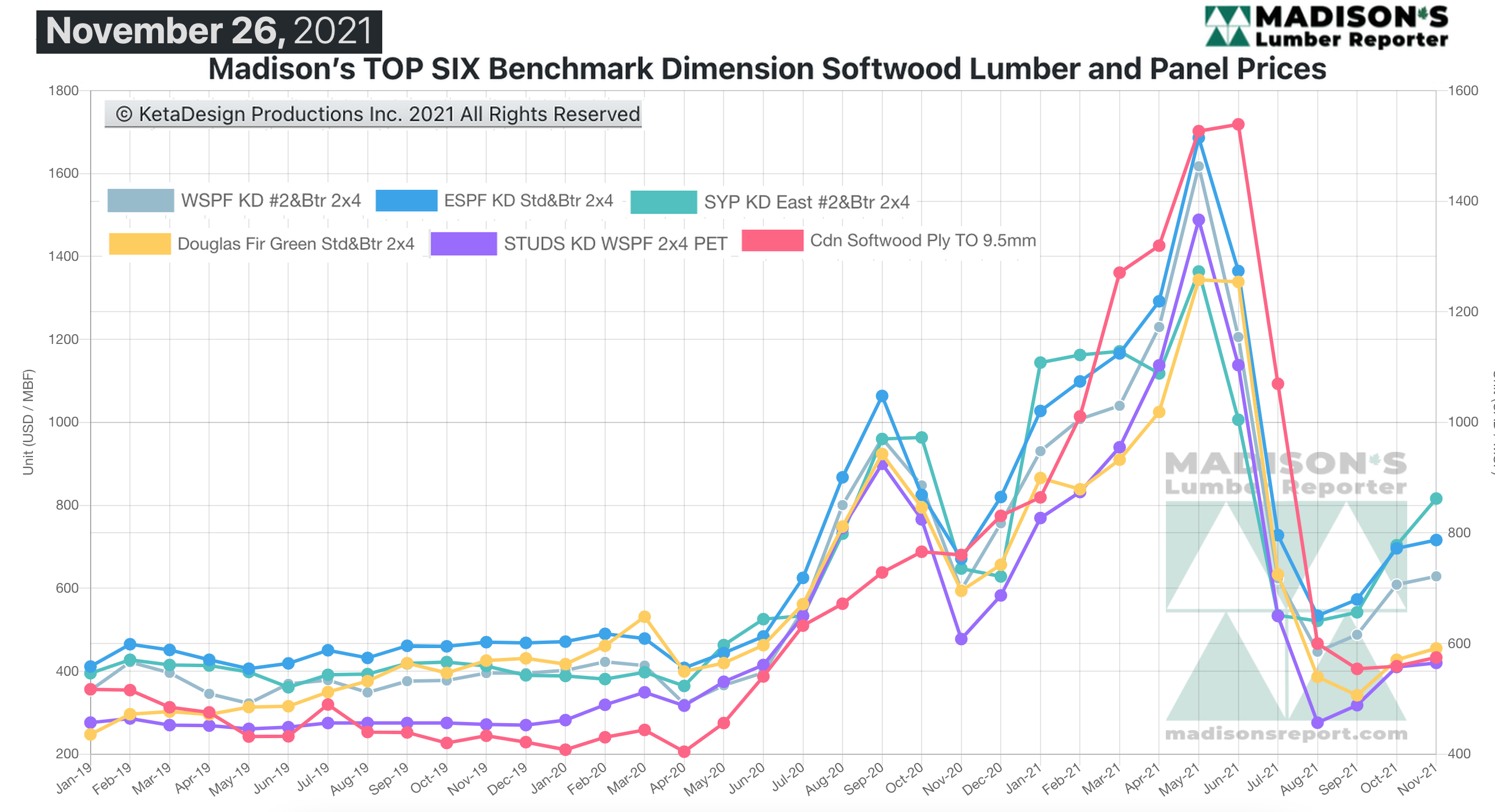 Traders of Western S-P-F lumber and studs in the United States related strong demand amid multiple logistical and supply issues, according to both primary and secondary suppliers. Buyers who had dithered for even one moment lost the sale. Sawmill order files were extended into mid-December for the most part. The stage was set for a solid finish to 2021 and an even better start to 2022.

Heightened demand for Western S-P-F dimension lumber continued to drive the overall lumber market. Sawmill order files were into the second week of December on most items. The US Department of Commerce’s final decision on its second Administrative Review of softwood lumber duties for the year of 2019 doubled the combined rate from 8.99 per cent to 17.9 per cent for most Canadian operators.

“The larger Southern Yellow Pine sawmills were difficult to get a hold of while smaller producers who actually answered their phones had correspondingly limited supply. Order files ranged between December 6th and 20th, sawmill- and item-dependent.” — Madison’s Lumber Reporter