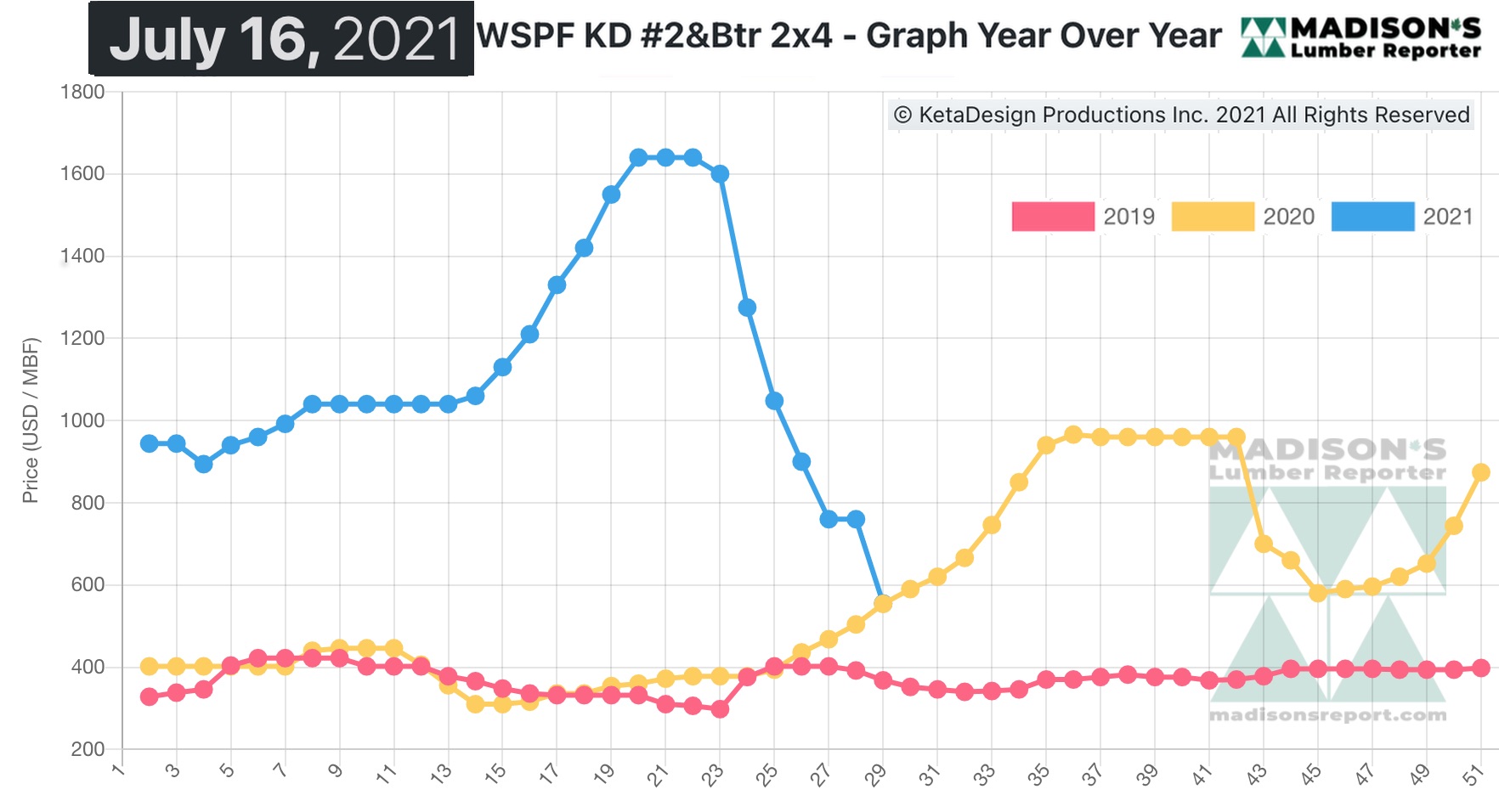 Back in May 2021 when lumber prices reached an all-time-ever historical high and stayed there for a few weeks, customers held off buying in hopes that prices would go down. Now that, eventually, they have done so, there is a not an insignificant amount of pent-up demand. At the producers, the goal has been to plump up order files. Sawmills have been willing to entertain steep counter-offers and sell at lower prices in order to increase sales volumes and push production out by a few weeks.

“The market continued to search for a tradable bottom as most buyers held off for another week.” — Madison’s Lumber Reporter

Western S-P-F producers in the United States had another week of tough dealing according to personnel. Customers were relentless in their pursuit of deep counter offers, knowing they were effectively in the driver’s seat. Sawmills often capitulated to keep their wood moving, and to compete with enterprising secondary suppliers who enticed buyers with lower prices and quicker shipping schedules. Producers cautioned their charges that summer shutdowns were coming soon and now was the time to deal.

Western Canadian S-P-F sawmills slashed their prices again as apathetic buyers continued to generate tepid demand at best. Secondary suppliers stayed the course, aggressively chasing customers and offering below-replacement prices to snap up business before it got to the sawmills. Some mills reported the odd item or tally with a two-week lead time, but there was plenty of promptly available material for buyers who looked around.

“Demand in Eastern Canada started off the week at a comparatively brisk pace as animated buyers pitted sawmills and wholesalers against each other to get the best combination of price and shipping time to cover their most pressing needs. Mills continued to be open to counter offers but got less pliant as the week progressed, which put a damper on demand when buyers simply walked away.” — Madison’s Lumber Reporter