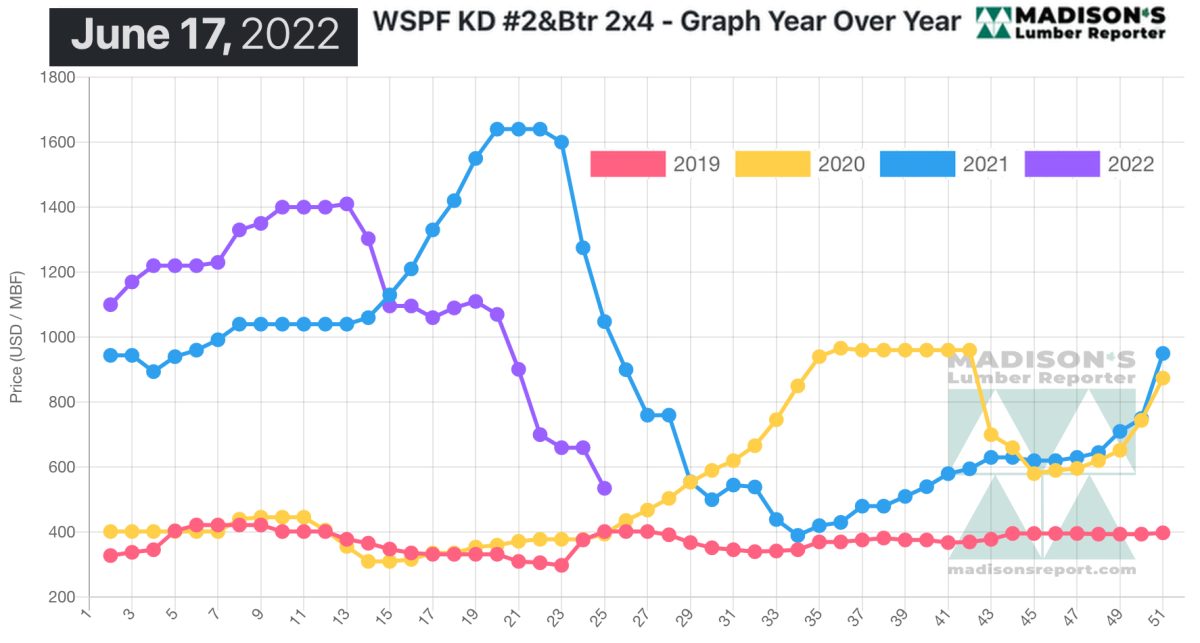 A few months of struggle between lumber buyers and sellers brought some big price cuts in mid-June. Suppliers had been cutting prices by increments to increase sales volumes, while customers continued to wait as long as possible in hopes that prices might drop further. The trend line of recent decreases matches almost exactly what happened during July and August last year (see graph above). As the manufactured forest products industry reconciles the significant changes of the past couple of years, players are looking for understanding of what the “new reality” is. For sawmills and producers, there have been a lot of changes in operations; from sourcing timber as feedstock to delivering completed materials to market. For resellers and end-users there have been a lot of changes to the new housing construction and home sales markets.

As we enter what traditionally has been a slower time for lumber sales, with prices usually softer or softening, there are a lot of questions as to whether the previously normal seasonal prices cycle will return. And whether it does or not, what are the new price highs and lows?

Producers were less generous in their acceptance of counteroffers, leading many to voice their hope that the market may soon reach a bottom. 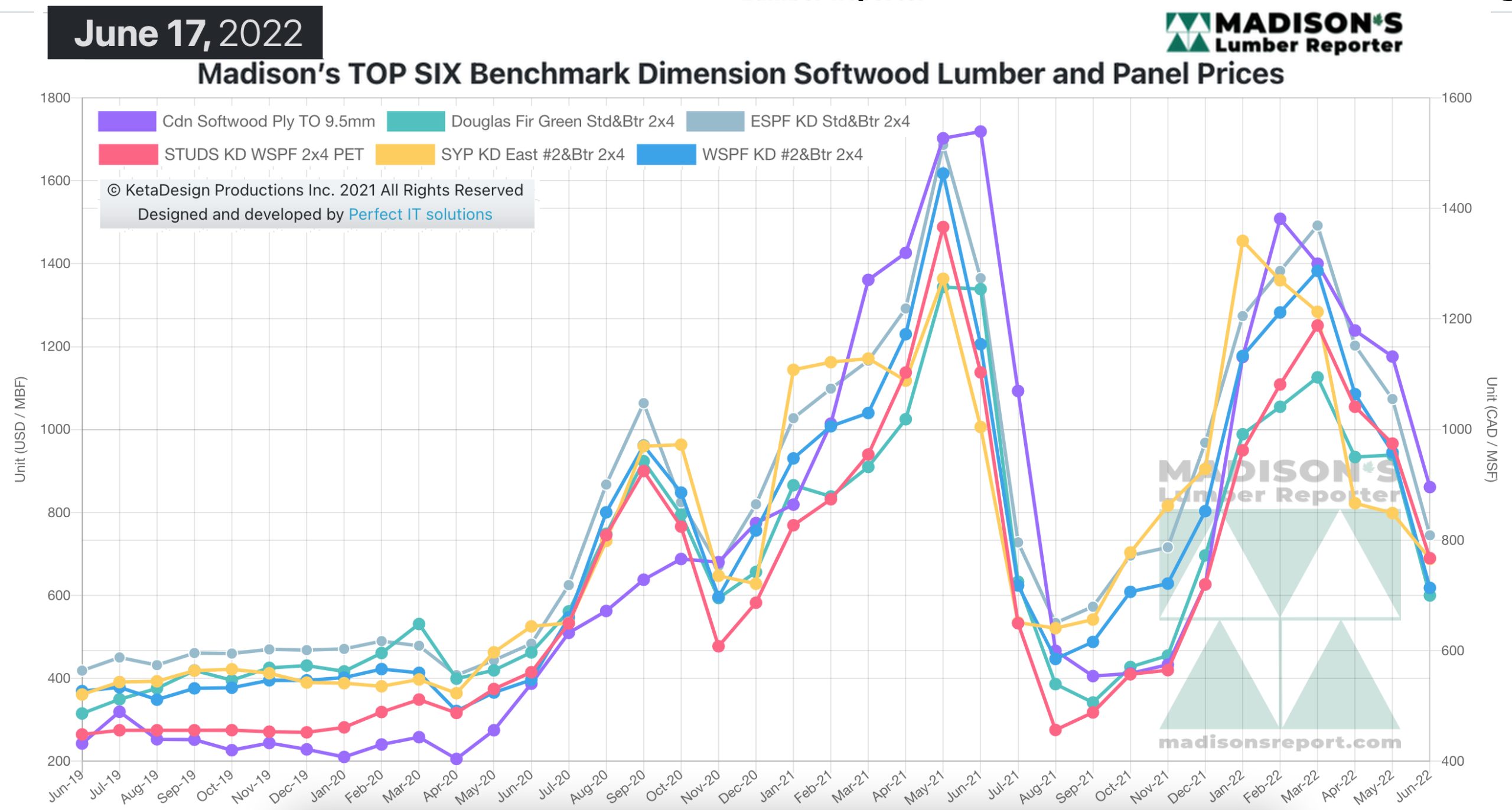 Relentlessly negative economic indicators continued to dissuade Western S-P-F buyers in the United States from making any big moves – or any moves at all, according to suppliers. Prices peeled off considerably again as sawmills tried to find levels that might get sales volumes of lumber and studs moving. Transportation remained an ongoing cause for concern.

Prices of bread-and-butter Western S-P-F commodities came off hard as sawmills continued their aggressive efforts to find trading levels that would get wood flowing with some consistency. Players felt like a price bottom had been hit around midweek, but there was not enough subsequent follow-through from buyers to support that notion.

“Purveyors of Kiln-Dried Douglas-fir lumber and studs in the United States were hopeful that a price bottom was in the offing. Many buyers apparently found their preferred levels, especially as the week wore on and their depleted inventories couldn’t keep up with steady builder demands. Sawmill order files were no further out than the week of June 27th, with most items available for prompt shipment.” – Madison’s Lumber Reporter