“With labour shortages and rising lumber costs compounding slowing activity, consumers can expect much higher prices for new homes over the next 12 months.” — George Ratiu, senior economist at Realtor.com

For the week ending Sept. 11, 2020, softwood lumber prices flattened or dropped for the first time in many months, with benchmark softwood lumber commodity item Western S-P-F 2×4 down -$6, or -0.6%, compared to the previous week, said Madison’s Lumber Reporter. Prices for this construction framing dimension softwood lumber item is up an incredible +$214, or +29% from one month ago, when it was U.S. $746 mfbm. Compared to mid-September 2019, this price is up an astonishing +$584, or +155%. 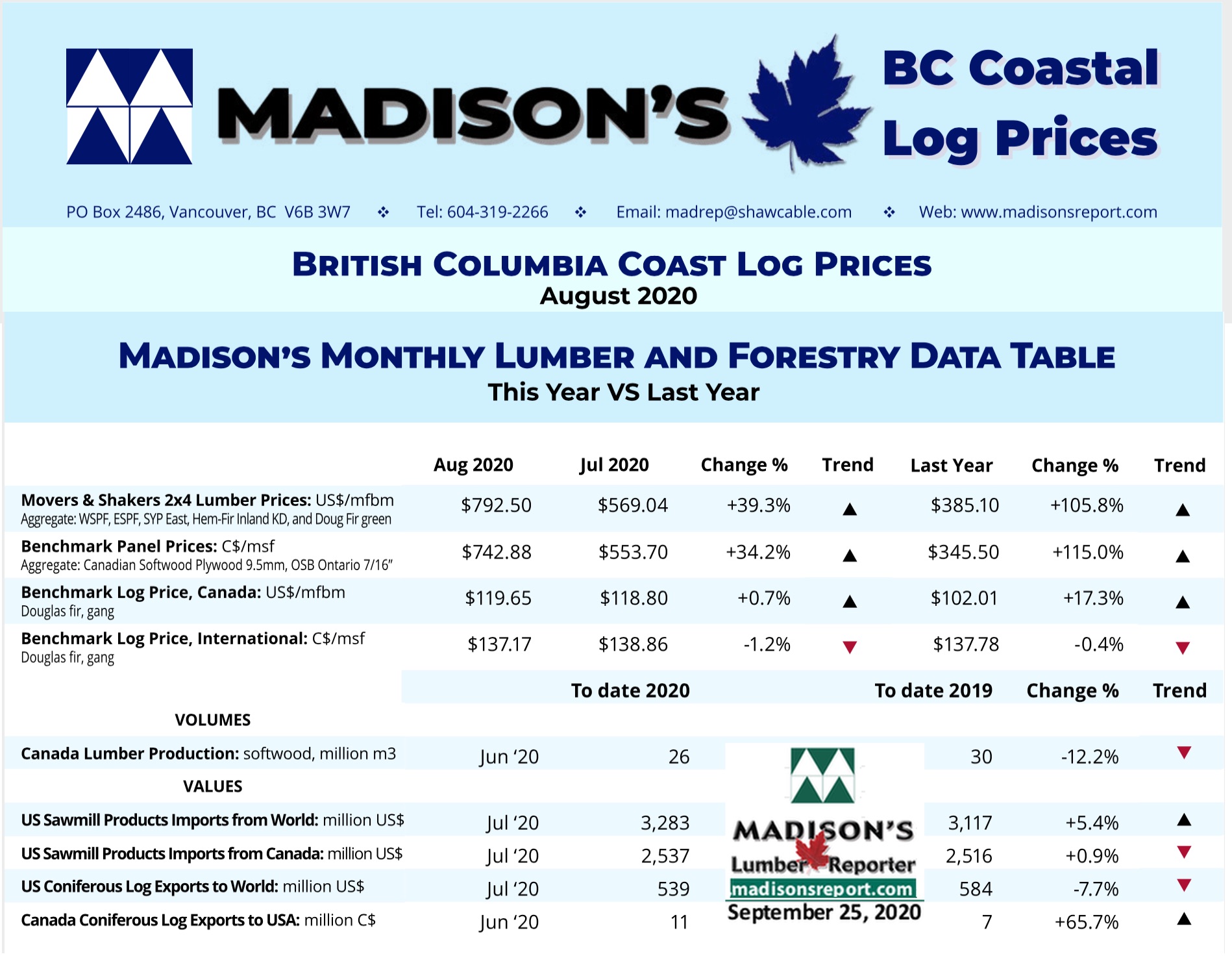