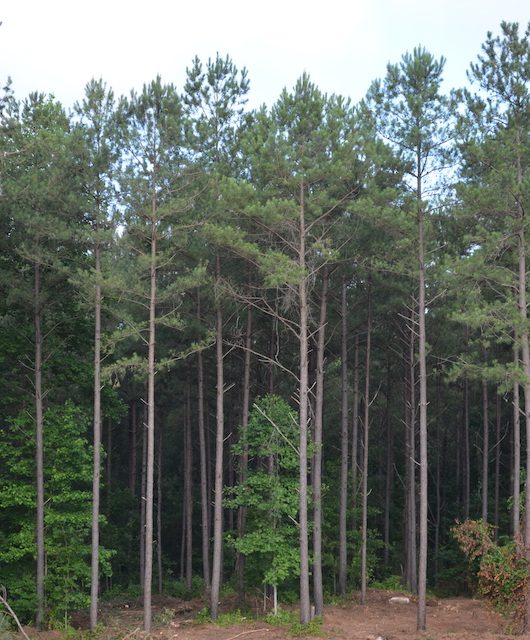 A new Montreal Economic Institute publication shows that Quebec could potentially increase the harvest of its forests without undermining the renewal of the resource.

In an economic note titled “Quebec Forests: Rural Regions Lose Hundreds of Millions of Dollars a Year,” Miguel Ouellette, MEI economist and director of operations, says that less than one per cent of Quebec’s forests are harvested each year, and that the forests regenerate themselves faster than they are harvested.

The province harvests 72 per cent of its forests’ annual allowable cut (AAC) each year. The AAC is set by the government and dictates the annual amount of timber that can be sustainably harvested within a forest area.

“Regardless of what Greenpeace and other NGOs say, the reality is that Quebec does not harvest its forests to their full potential, and so is leaving a lot of money on the table. Yet making optimal use of this resource would greatly contribute to the economic and social vitality of our rural regions,” said Ouellette.

“We need to debunk some myths. This sector is not solely made up of large companies: 72 per cent of industry players are small businesses, and around 90 per cent of them are located outside of Montreal and Quebec.”

Ouellette argues that maximizing the AAC would allow rural regions to prosper with more jobs and money pumped back into the local economy.

“The average salary in forest management is $68,000, which is 55 per cent higher than the province’s overall average,” he adds.

Ouellette suggests that the provincial government create strategies to further business development in forestry, including reexamining the minimum price threshold for wood auctions, and improving its forest management plan for underdeveloped forests to increase the quality of timber.

“We need to increase our harvest to around 95 per cent of the forests’ full potential, like in British Columbia. In order to get there, we should start by reviewing and reducing the minimum price of wood in areas where it does not find a buyer,” he says.

“Governments and industry should also collaborate in order to establish a more effective public forest management plan for areas where no logging is currently taking place. And finally, we need to get rid of the numerous obstacles and high costs imposed on forestry companies, since these act as restraints on rural economic growth.”