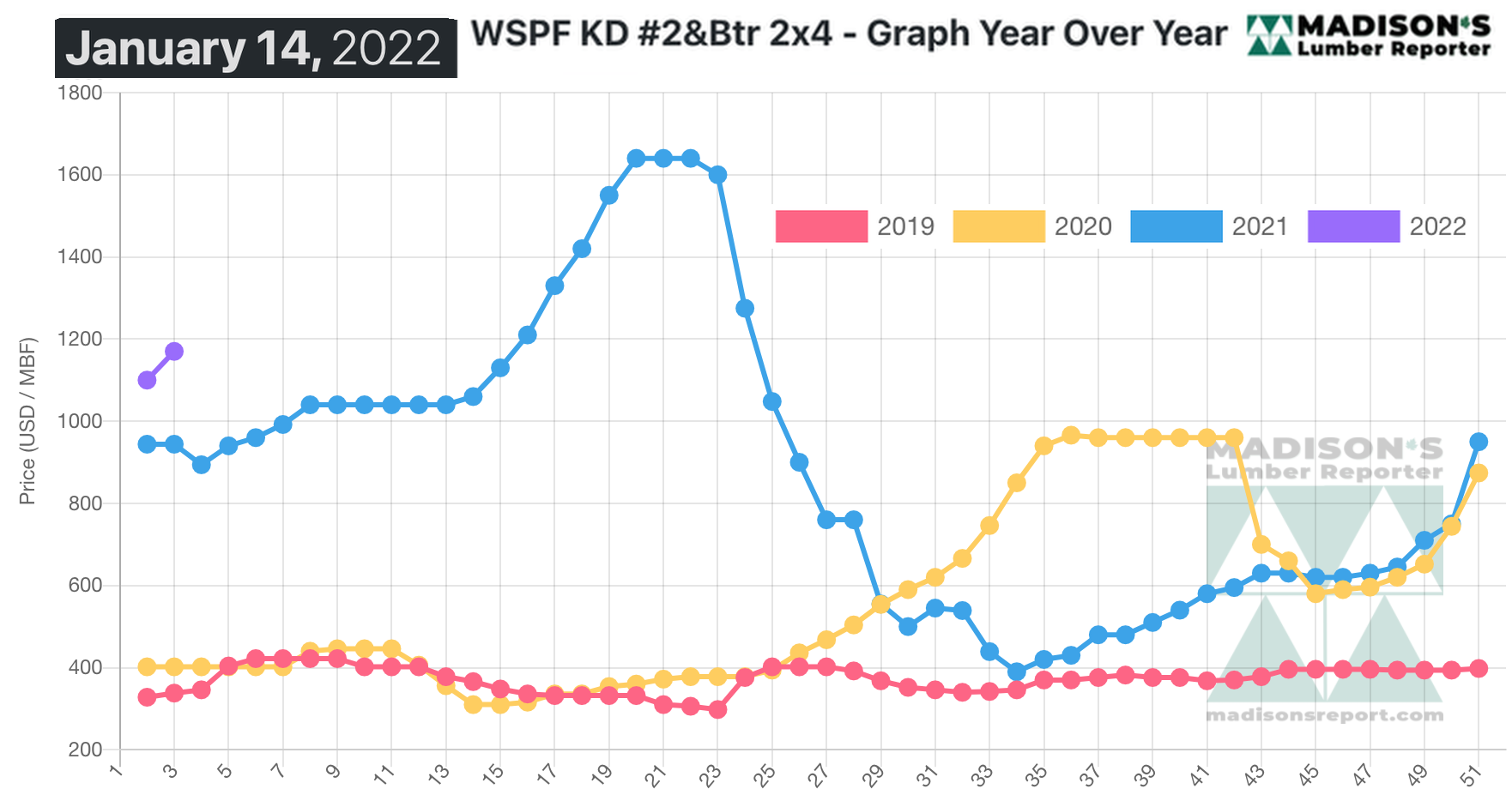 Unusual for the time of year but a surprise to no one, lumber prices rose further in the second week of January. Ongoing momentum of strong demand from the end of 2021 combined with significant supply constraints, most notably from the northwest especially British Columbia, served to keep prices high. Transportation issues throughout the supply chain caused a feeling of panic among buyers, as the usual six-week delivery time turned into two months or longer. Frustration reigned with customers as the location of wood previously ordered was unknown.

An upward bump in U.S. housing starts, again unusual for the time of year, kept the pressure on for customers to order dimension lumber building materials they knew they would need for the looming spring construction season.

A strong undercurrent of demand persisted for Western S-P-F studs this week. Buyers had trouble finding prompt wood from producers, often turning to wholesalers and distributers and paying a premium for quicker shipment. 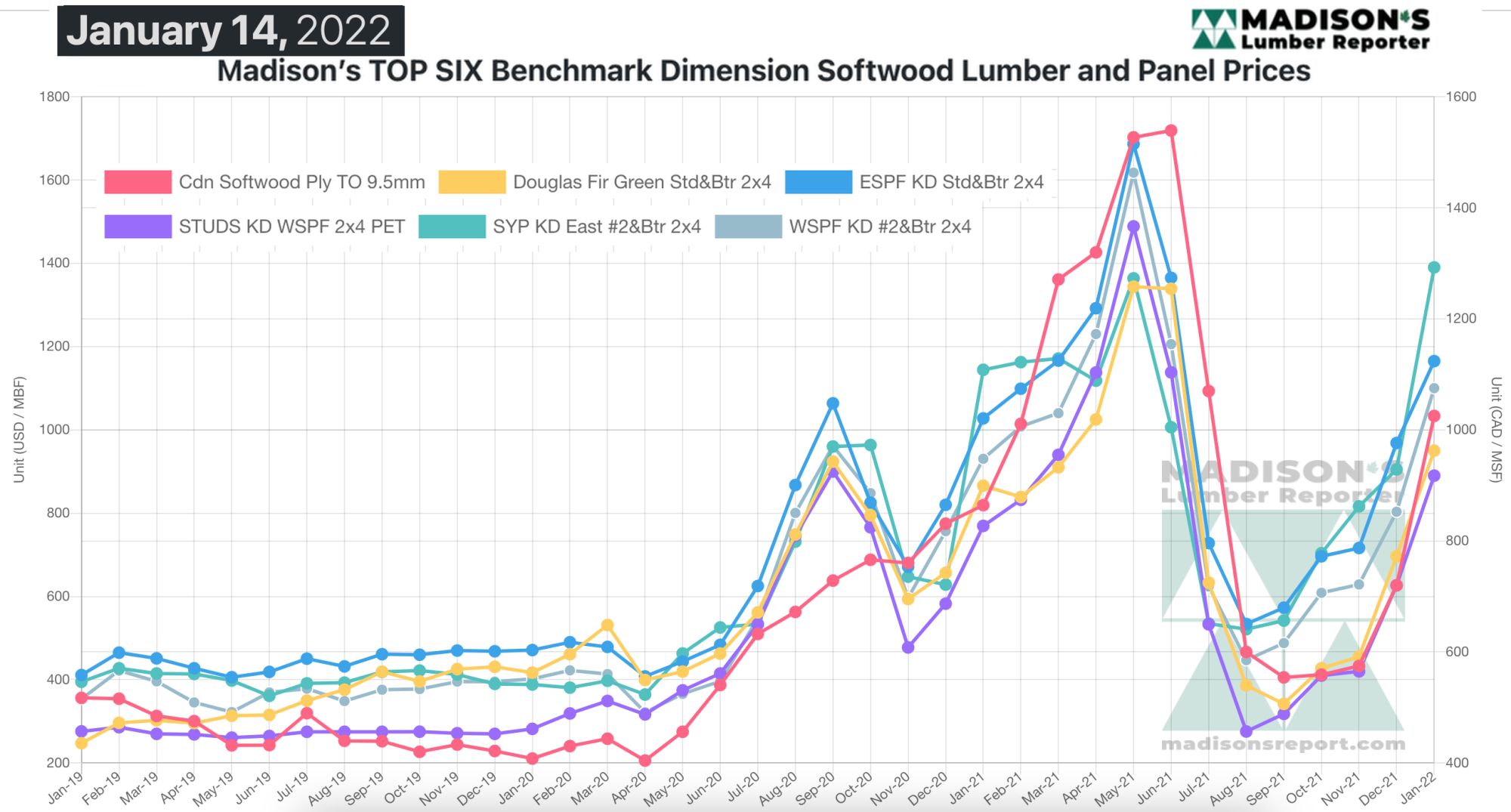 Repeated forays into the market by large retailers fuelled strong demand for Western S-P-F. Hand-to-mouth buying was apparent among all customers as no one wanted to take long positions after getting burned last year. Prices were up in everything but the lowest of low grades. Shipping times left a lot to be desired thanks to persistent weather and personnel problems at all levels of the transportation sector. Sawmill order files were into the last week of January or the first week of February.

Following a somewhat disjointed week to start the year, demand was unabated according to Western S-P-F sawmills in Canada. Customers clung to their cautious approaches, but overall necessity-buying was more than sufficient to clean up what limited material was available from both primary and secondary suppliers. The most pressing concerns continued to be in transportation, as the lion’s share of shipments coming out of Southern B.C. remained well behind schedule thanks to catastrophic flooding and severe winter weather in November and December 2021, respectively.

“Western Canadian suppliers continued to fight with weather, logistics, and COVID-related personnel shortages as they tried to get their product to market.” – Madison’s Lumber Reporter